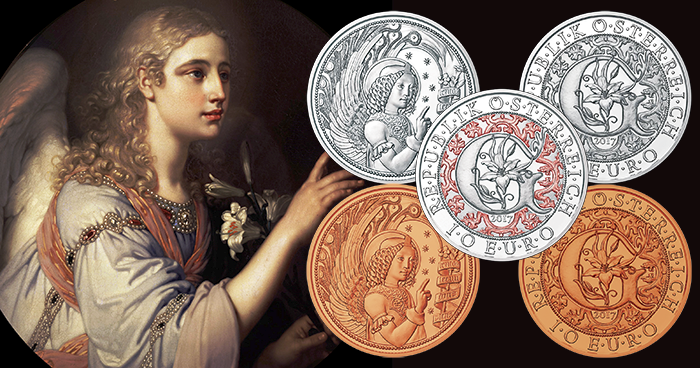 The Mint of Austria have unveiled their second coin in the Guardian Angels or Heavenly Messenger series, which highlights the divine beings who are worshiped by Christians, Jews, and Muslims alike. These benevolent, but invisible, spirits have also been widely depicted throughout art history. The second coin in this inspiring series is dedicated to the archangel Gabriel—a deity full of surprises. He is often characterized as the bringer of good news. In the Koran, he is the guardian of the gate to heaven, the angel of revelation, and the mediator between God and man. In the New Testament, Gabriel is the bringer of happy news—the angel who told the Virgin Mary that she was with child and that the child should be known as Jesus. 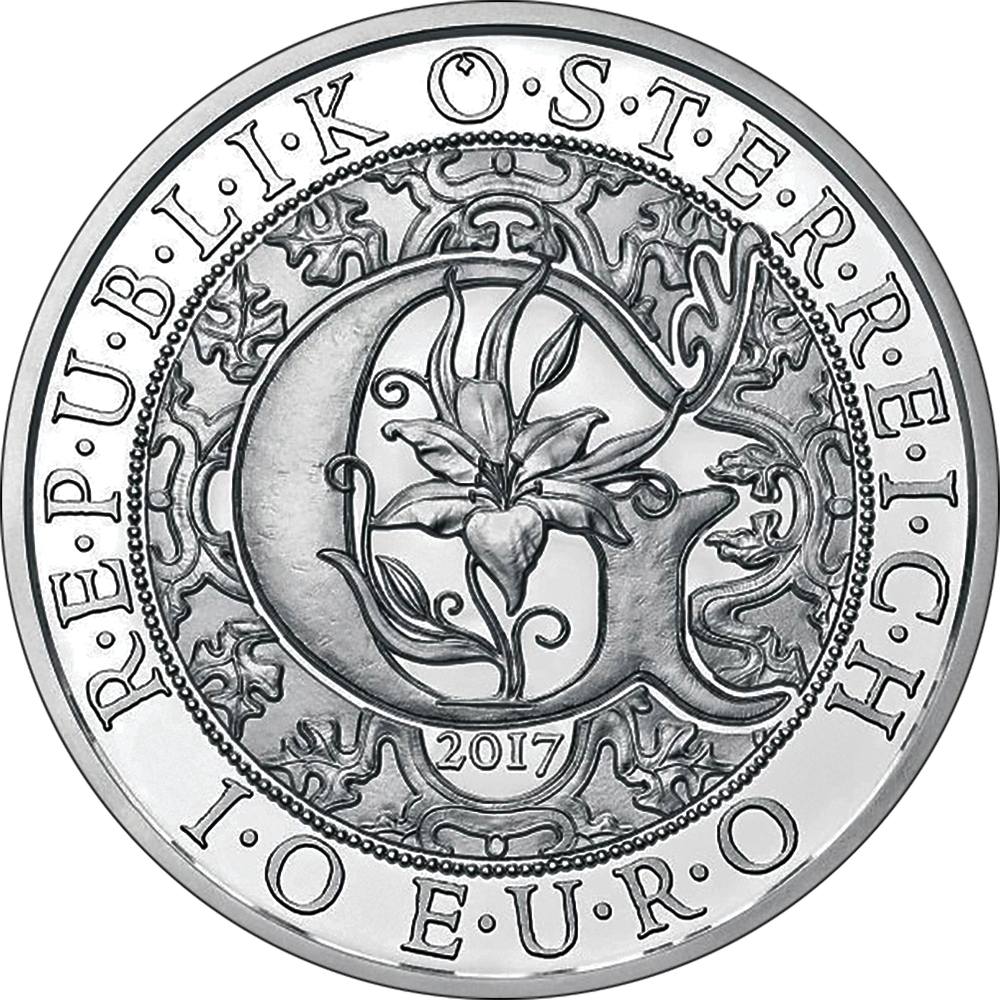 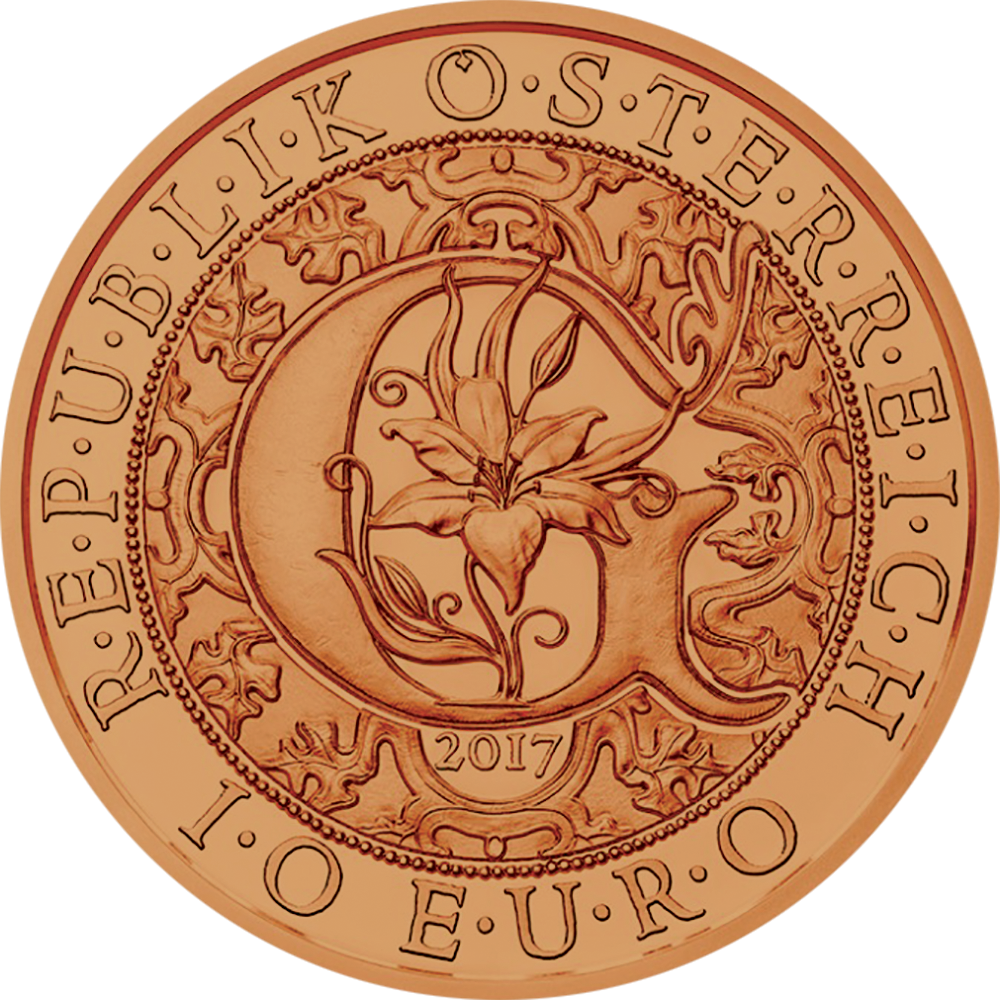 The coin is designed by Helmut Andexlinger and Herbert Wähner, senior engravers at the Mint of Austria, who designed the first coin in the series (dedicated to the archangel Michael). The centre of the obverse side of the coin features a lily, which symbolises Gabriel. 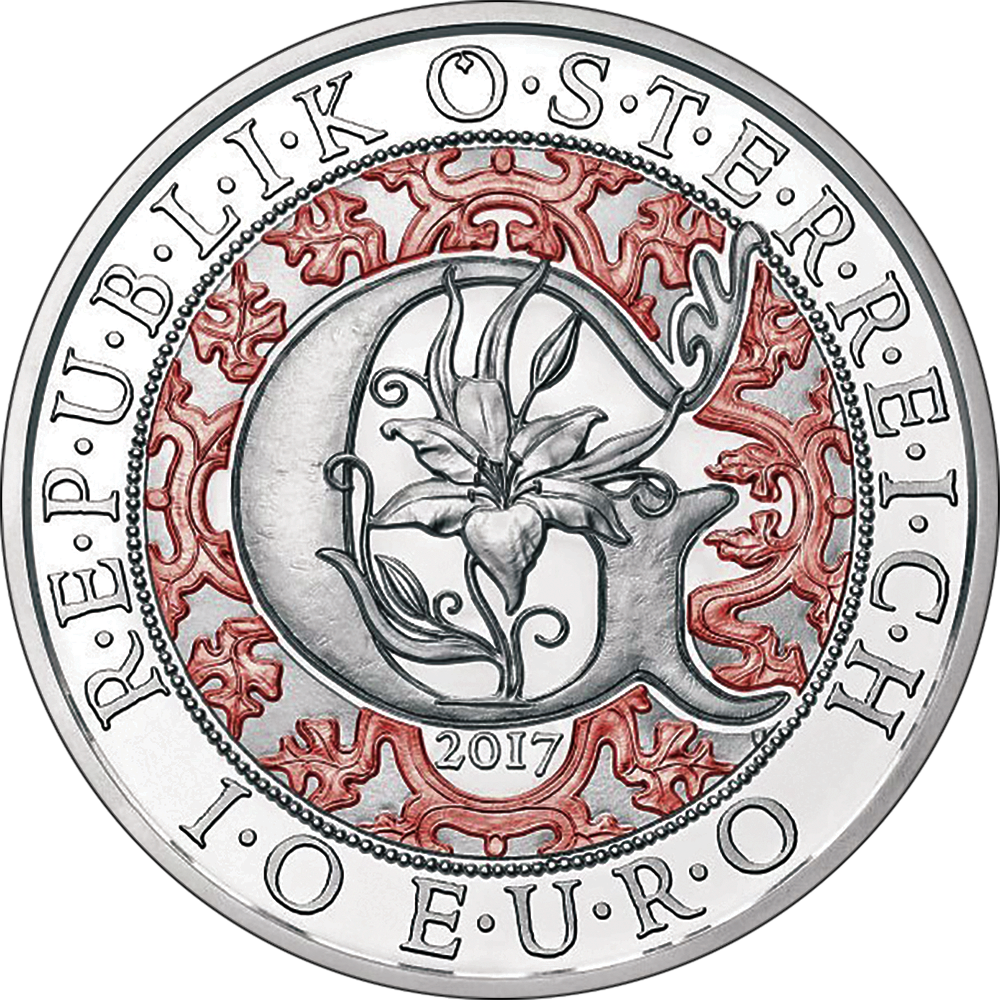 The lily is framed by the initial G, which is surrounded by an ornate, reddish-coloured (on the silver Proof examples) grapevine design. 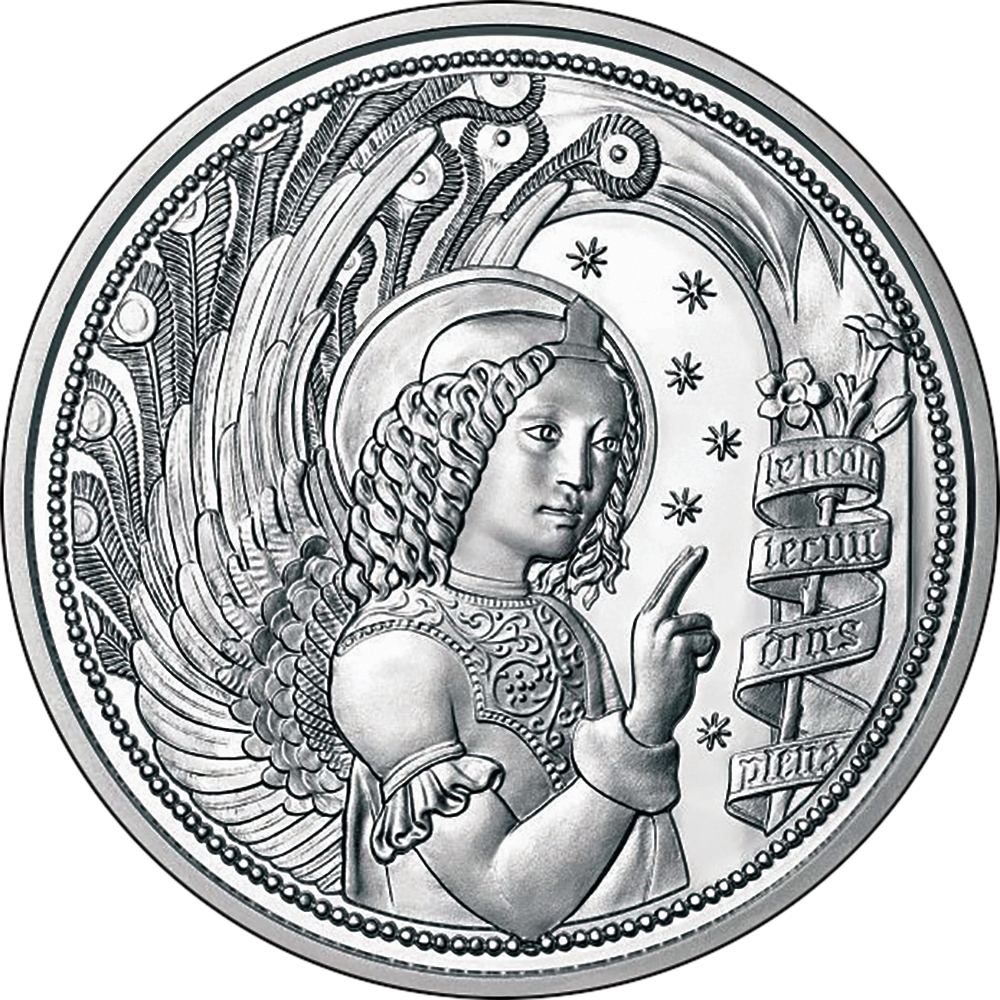 The image of Gabriel on the coin’s reverse is a detail from a painting by a 15th- or 16th-century painter believed to belong to the German School. The painting shows Gabriel as a young man with curly hair and a halo, pointing his fingers to the sky. His wings are decorated with peacock feathers.

The Mint of Austria’s superb Guardian Angels four coin series, feature the angels Michael and Gabriel in 2017 and Raphael and Uriel in 2018. This charming coin is the result of the very highest production standards and comes in two special quality formats. The Special Uncirculated examples are presented in a blister-pak and the Proof examples are presented in a custom case with a numbered certificate of authenticity. In addition to technical information, the certificate also explains the design concept and the minting quality. The Mint of Austria also offers this series in Brilliant Uncirculated pure copper strikes which are available for their face value and unpackaged. For more information on this and other coins on offer, please visit the website of the Mint of Austria. Pre-ordering has begun with dispatch commencing on the official issue date from the 6th September. 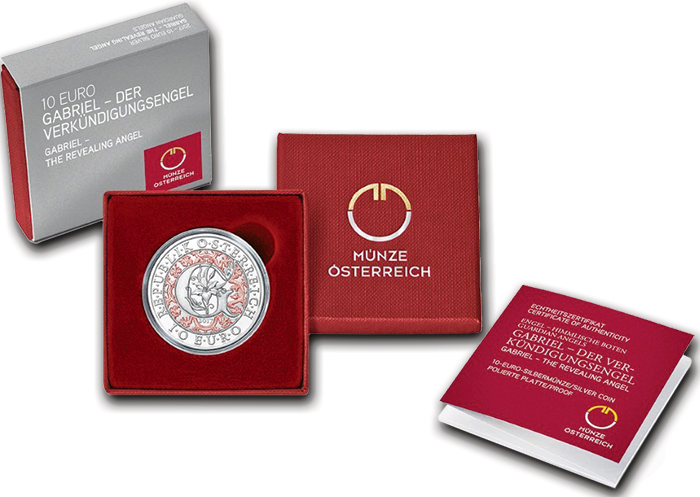