FW Media, sponsors of the Coin of the Year Award, have just announced that an Austrian Coin has won the title of Coin of the Year. The ultimate winner, the Austrian Mint’s entry in the category for “Best gold coin” was victorious – this coin went on to compete with the additional nine other winners in their respective categories to be chosen by an international panel of judges, as the overall Coin of the Year for coins dated “2013”. 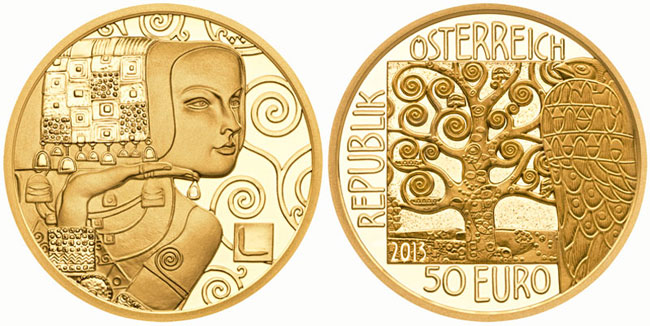 The winner is part of a series of gold coins from the Austrian Mint entitled “Klimt and His Women” which highlights some of the extraordinary works of Gustav Klimt (1862 – 1918) whose style of “Art Nouveau” was considered ahead of his time with his variations of combining both abstract and detail often on one single painting. Painted in 1905, “The Expectation” appears to have been inspired by Egyptian art, both in terms of the woman’s profile and the position of her arms and hands. The painting is currently is exhibited in the Austrian Museum of Applied Arts, Vienna, Austria. 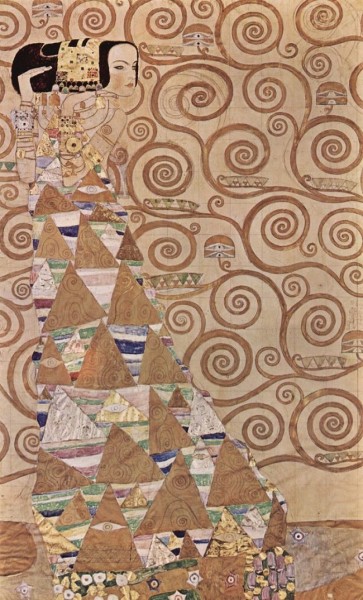 An award trophy will be presented on the 31st January 2015 at the World Money Fair in Berlin, Germany, by representatives of World Coin News, sponsor of the award. Trophies will also be presented to the additional winners of the 10 COTY category awards chosen by a previous round of voting by the judges.

Congratulations to the Mint of Austria – Coinupdate.com will have all of the highlights of the awards ceremony on the day!