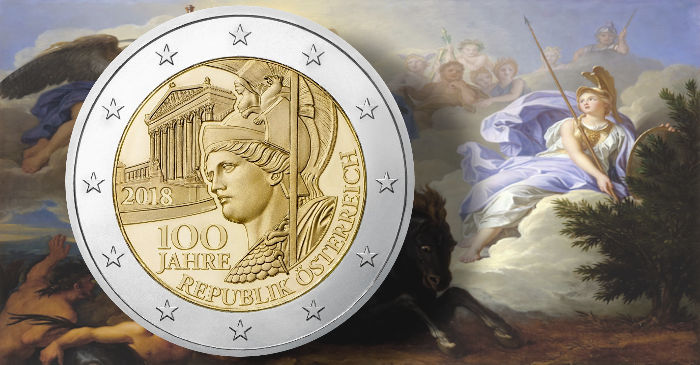 The Mint of Austria have unveiled the design of their new €2 2018-dated coin which is to be included in their 2018 Mint Baby Euro Coin Sets and Proof sets. The theme for the new €2 is the centenary anniversary of the proclamation of the Austrian Republic, which took place during the last weeks of fighting of the First World War. The collapse of the Hapsburg Empire, and the dynasty who ruled Austria-Hungary since 1276, was imminent with the conclusion of the hostilities in 1918.

During the second meeting on the 30th October 1918, of Austria’s Provisional National Assembly, they created the basic institutions of a new state which would also be separate from Hungary. It was this meeting that would decide on the future of the Austrian state in the wake of such harsh and deadly fighting. The legislative power was assumed by the Provisional National Assembly while the executive power was entrusted to the newly created German-Austrian State Council. On the 11th November 1918, which is today celebrated as Armistice Day around the world, Emperor Charles I (1887–1922) who succeeded his great-granduncle Francis Joseph I in 1916, declared that he would “renounce participation” in state affairs, but technically did not abdicate. He was the last Hapsburg to sit on the throne of Austria-Hungary and by relinquishing his right to take part in Austrian affairs of state this was considered the end of the empire — and the birth of the new republic.

The next day, on the 12th November, the National Assembly officially declared what was termed “German-Austria” a republic. The name of German-Austria was devised with the hope of uniting Germany and Austria into one country. However, this was eventually forbidden under the Treaty of Versailles and Treaty of Saint-Germain-en-Laye which went into effect in 1919. Karl Josef Seitz (1869–1950) a member of the Imperial Council, president of the National Council, and one-time mayor of Vienna, replaced the emperor as head of state and was named president of the First Republic. The social democrat Karl Renner (1870-1950) was chosen as provisional chancellor, and on the same day, the assembly drafted a provisional constitution stating that “German-Austria is a democratic republic.” The name was altered on the 10th September 1919, as The First Austrian Republic, which would remain intact until the union with Germany’s Third Reich in 1938. A restoration of the Republic of Austria occurred in April 1945 following the defeat of the Third Reich.

The €2 coin is designed by Helmut Andexlinger and Herbert Wähner and features the statue of Pallas Athena, which stands proudly in front of the parliament building in Vienna. The Greek goddess of wisdom watches over the country and by looking up to her, Austrian citizens honour the spirit in which the Republic was founded upon. The design of the reverse side is that seen on the standard Euro-zone circulation coin of this denomination. 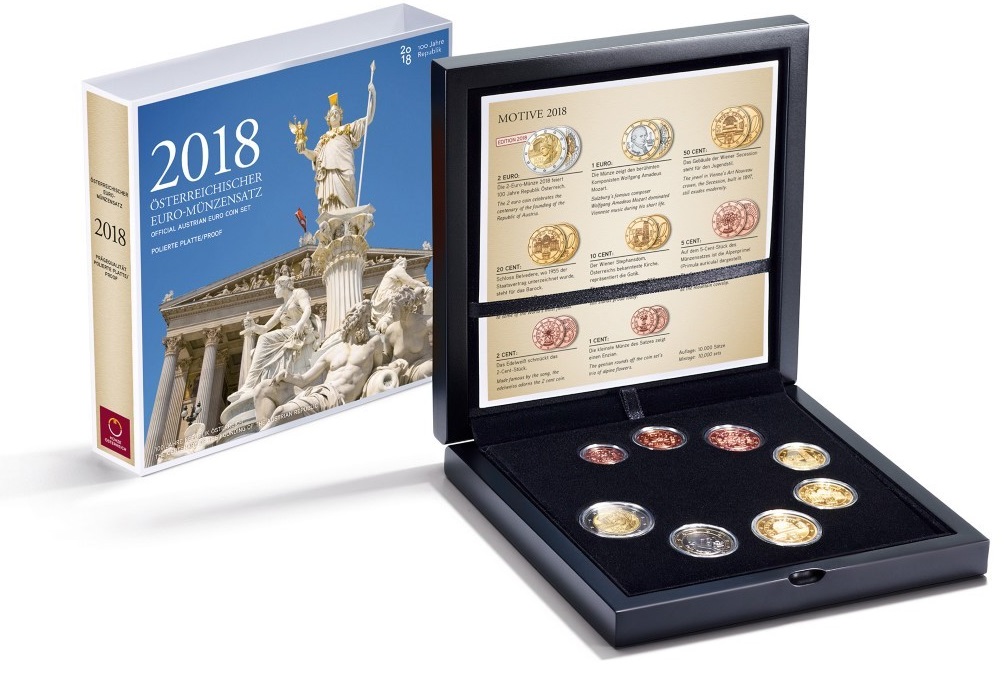 The coin will be included as part of the 2018-dated Mint baby set and will be available from the 6th December. The Proof sets are available from the 24th January and the separate commemorative €2 centenary anniversary coin will be available in circulation-strike quality from commercial banks and post offices from January 2018. For additional information on this and other coins released by the Mint of Austria, please visit their website.