For many coin collectors down under, the Royal Australian Mint plays a very important part of their routine in terms of eventful New Year’s Eve celebrations. For almost two decades, eager collectors have stood out in line overnight — even spending more than one night in front of the mint complex — in order to be the first Australian to strike the first coin for the New Year. The lucky collector is given the chance to strike a coin and have the coin certified as the first coin — which becomes a very sought-after collector’s piece and worth a great sum of money.

This year, the Royal Australian Mint changed the method of who would be chosen to strike the first coin in 2018. The change included a lottery in which interested collectors were sold a ticket for $3 and a draw on the morning would determine the winner. Over 100 people took part in the draw where the Royal Australian Mint also took the opportunity to introduce the latest theme for commemorative coins. This year, the new coins pay homage to the contribution of convicts to Australia’s history, heritage, and folklore. 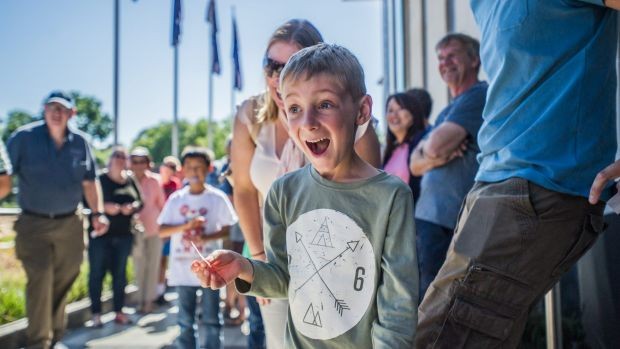 Six-year-old Henry Mc Arthur chooses his own lottery ticket and is surprised with his luck.

The Royal Australian Mint’s CEO Ross MacDairmid hosted the New Year’s event and invited one of the younger participants to “do the honours” and help with the draw. The task of choosing the winner was handed over to six-year-old Henry McArthur who lent a hand drawing the raffle for not only Australia’s first coin — but the world’s first coin of 2018. To everyone’s amazement, including a stunned Henry — he chose his own ticket.

Henry, who along with his parents arrived at the Canberra Mint facility at 6:00 in the morning on New Year’s Day was heard to shout “I can’t believe it!” as he held up the ticket in delight. Upon discovering the winning ticket belonged to the young coin collector, Mr. MacDairmid was also heard to comment “I was as shocked as anyone!” 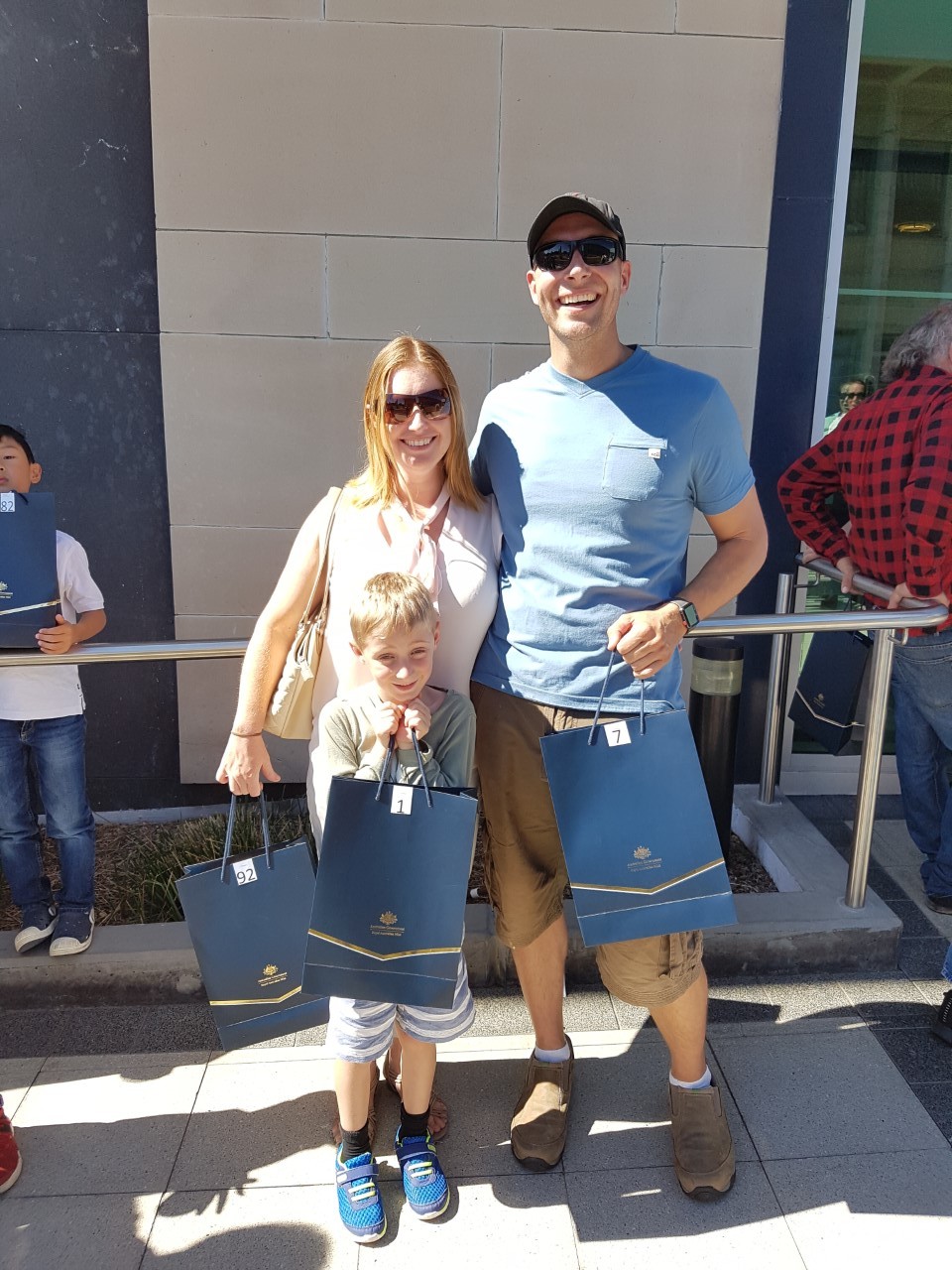 A very happy family with the first, seventh, and 92nd coins struck by the McArthurs.

For young Henry McArthur and his family, who moved to Canberra from Kangaroo Island just last month, it’s already proven to be fortuitous since the first coin struck in the world each year ends up being regarded as having “major value,” as described by Mr. MacDairmid. 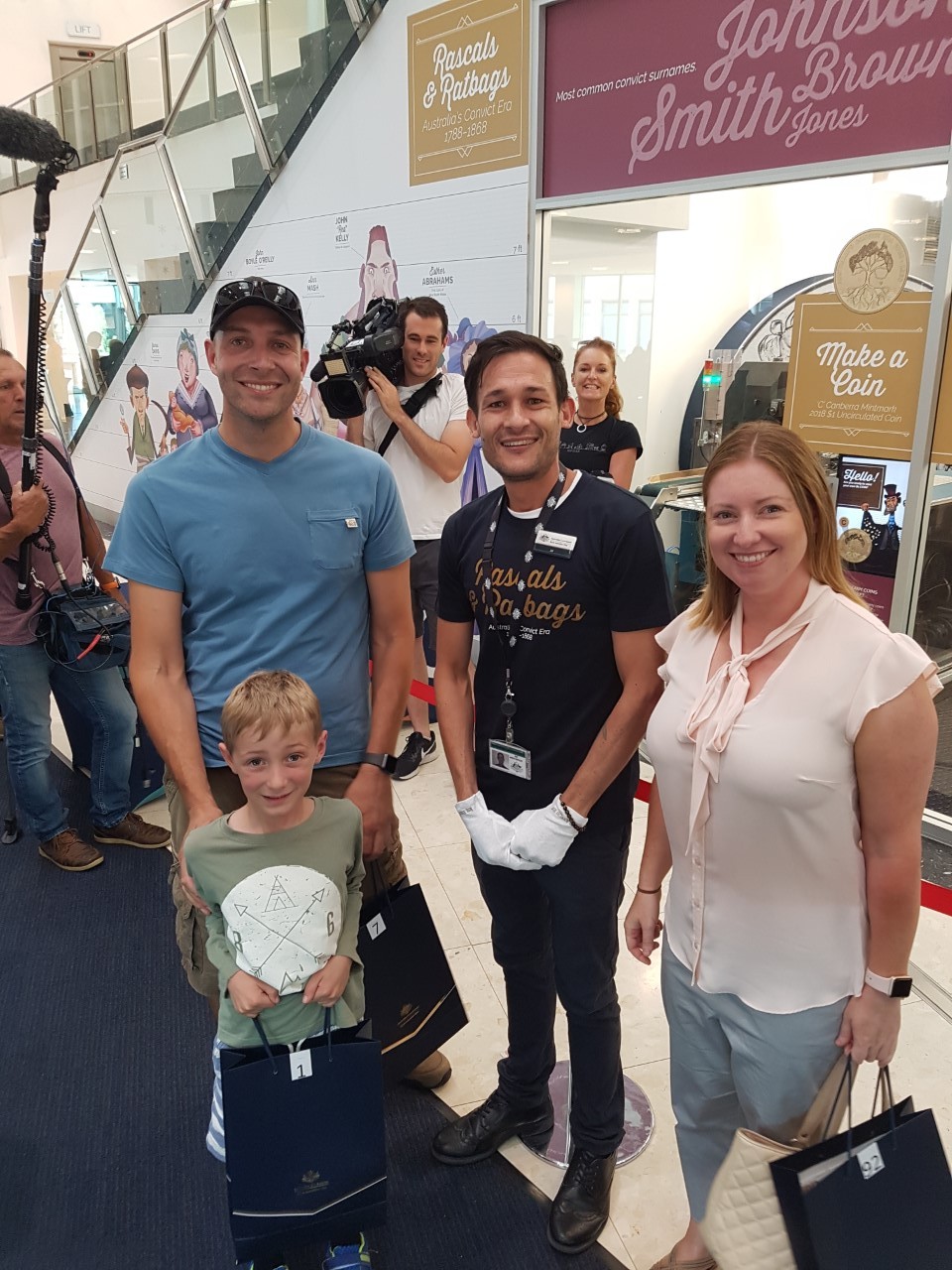 Henry with his father Robb and mother Judith pose for photos with Royal Australian Mint technicians after the first coins for 2018 are struck.

Henry went on to strike one of the new commemorative dollar coins which recognises Australia’s convict past, marking the 230th anniversary of the First Fleet’s arrival, as well as 150 years since the last convicts transported to Australia set sail. Henry’s mother Judith also commented about her lucky son, “Look how excited he is, he’s shaking. I think we might go and buy a lotto ticket now.”

A spokesman for the Royal Australian Mint confirmed that about 250 people turned out for the event on Monday and that the change to a lottery draw was put in place for 2018 after a teenager was struck down with food poisoning, dehydration, and sunburn during his week-long wait outside the mint last year. The mint was concerned about the health of people who were lining up for long periods of time and the change seemed necessary — which has worked well in this instance. 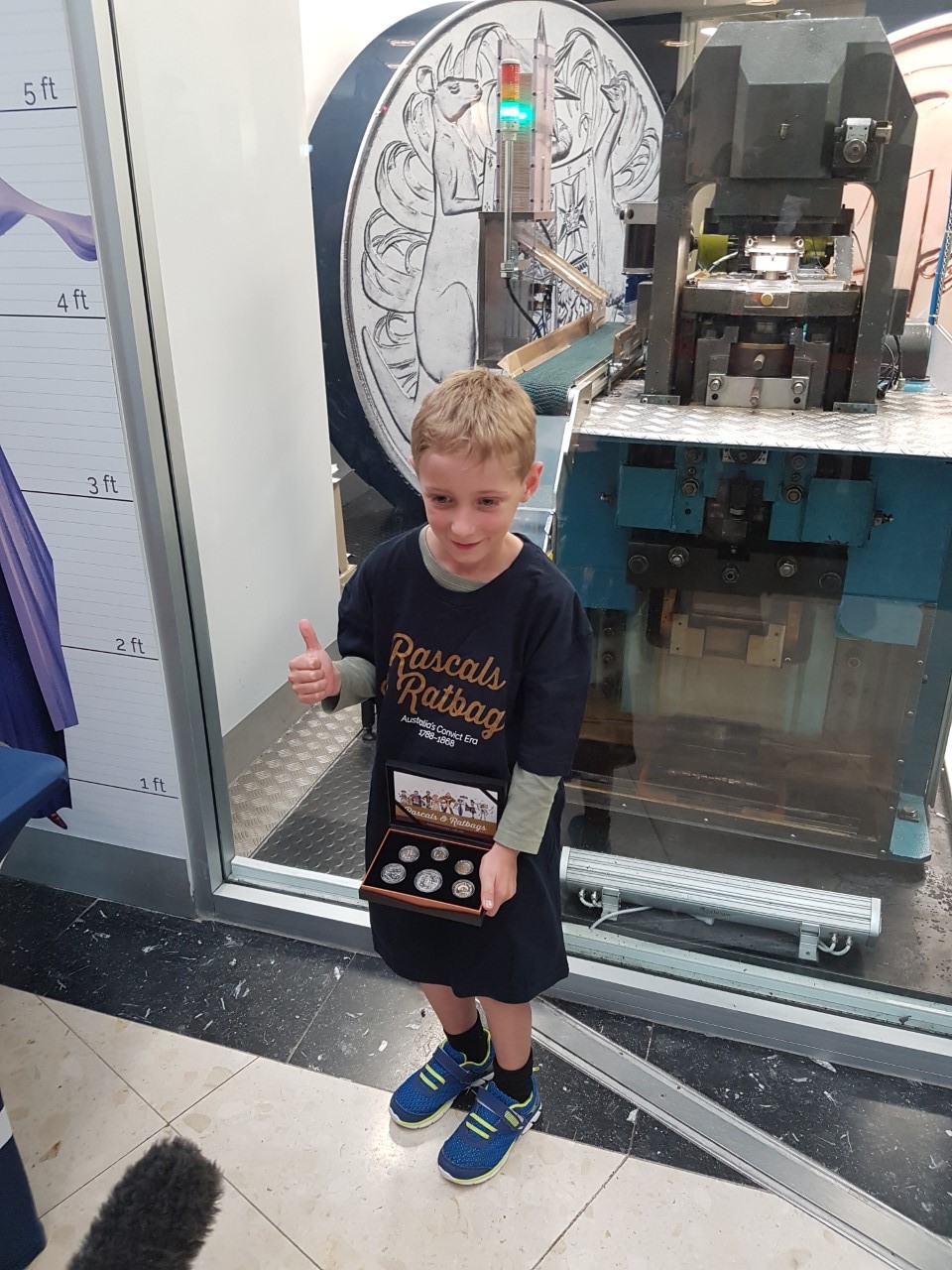 Henry displays the new 2018 Proof set that includes the commemorative dollar entitled “Rascals and Ratbags” which focuses on Australia’s convict past.

The new series of “Rascals and Ratbags” base metal, silver, and gold commemorative coins are available from the Royal Australian Mint’s website.