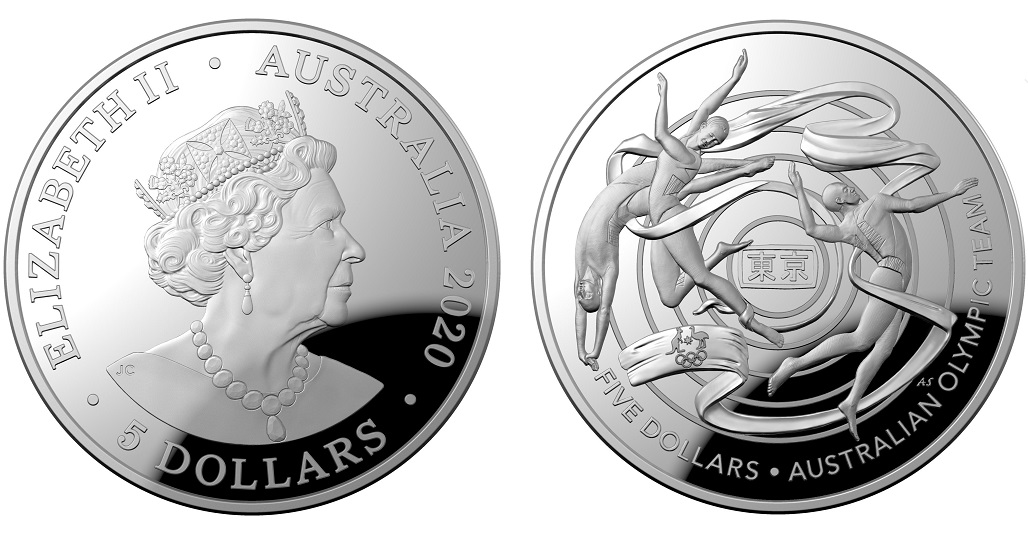 The Royal Australian Mint has released (6th July) Olympic collector coins in recognition of the national team, which will be representing the country one year from the initial opening day, are now postponed.

Australia has a long-standing tradition and impressive history of Olympic participation, having sent a National team to compete since the first games in 1896. Australia’s national team consisted of just one athlete to compete in 1896, Edwin Flack (1873–1935), who is remembered as the first athlete not only to represent Australia at the Olympics, he was the first-ever medal recipient. Flack won Australia’s first-ever gold medals in both the 800 metres and the 1,500 metres. He also competed in the marathon, and he won a bronze medal in tennis doubles Athens, Greece. During the last Summer Olympiad in Rio de Janeiro, Australia, he was ranked in the 10th position on the medal table with a total of 29 medals consisting of eight gold, 11 silver, and 10 bronze — quite an impressive showing for a country of 23 million inhabitants.

Australia, like the other nations, was expected to compete at the 2020 Summer Olympics in Tokyo, which was initially scheduled to take place from the 24th July to the 9th August 2020. However, due to the worldwide pandemic of the Wuhan strain of the coronavirus COVID-19, the Games have been postponed to the 23rd July to the 8th August 2021, essentially one year from the initial date. The Australian Olympic Committee had expected to send a team numbering 480 athletes competing in all 28 represented sports tournaments. The eyes of the world will be turned towards Tokyo, Japan, in 2021 as leading athletes will gather to participate in a range of sporting events at the Olympic Games. 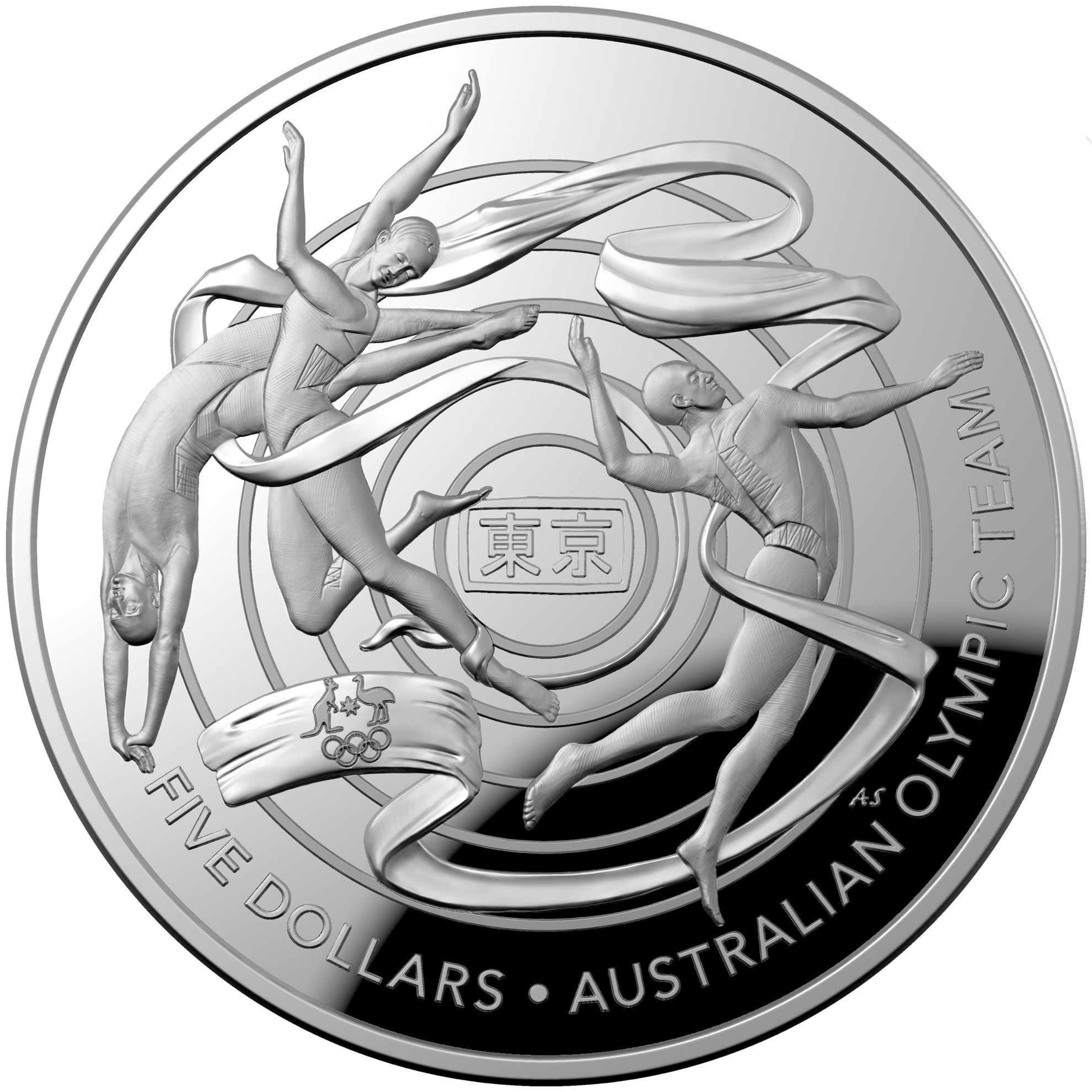 The domed or convex-shaped silver Proof coins are designed by Aleksandra Stokic. The concept of the reverse design is to represent recognisable athletes in motion. The movements can be associated with many different sports such as gymnastics, diving, athletics, basketball, volleyball, etc. The ribbon that flows around the figures and enforces the movement and could be a national flag, team flag, rhythmic gymnastics ribbon, finish line ribbon or just a symbol of passion, courage, and dedication that drives them towards the same goal. Behind the figures are five concentric circles that represent the five Olympic circles and could reference an athletic/running track or cycling velodrome. In the centre of the design is the inclusion of the Kanji characters for ‘Tokyo” in homage to the location of the Games and host country which will welcome their second summer Olympiad. The obverse side includes the “Commonwealth” effigy of HM Queen Elizabeth II created by Jody Clark, which was officially adopted for all Australian circulation coinage this year. The coin’s denomination of 5 DOLLARS is placed under the Queen’s likeness. 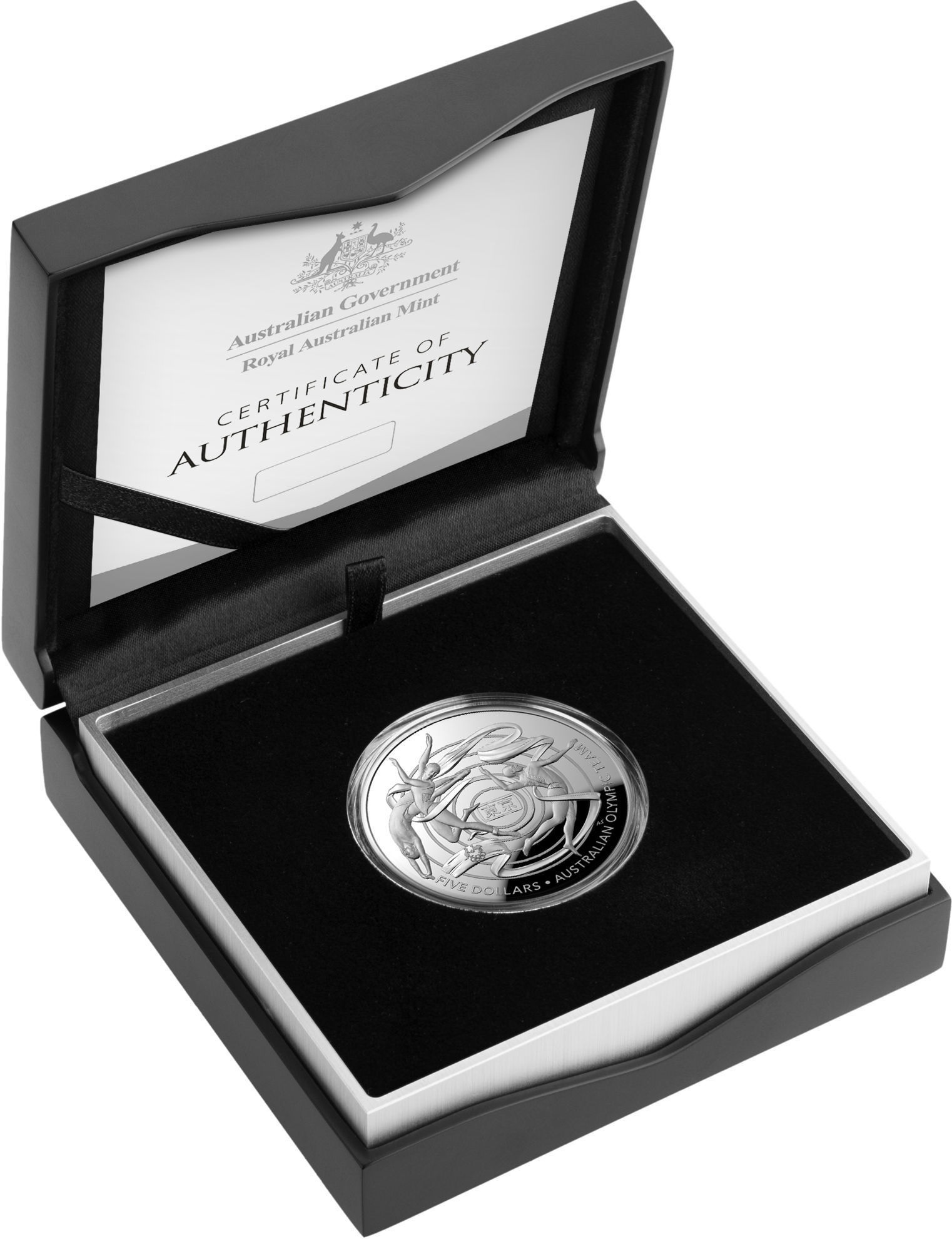 The coins are specially encapsulated to accommodate their concave-shape and are presented in a custom case accompanied by a certificate of authenticity. For additional information about this coin and others available from the Royal Australian Mint, please visit their website.