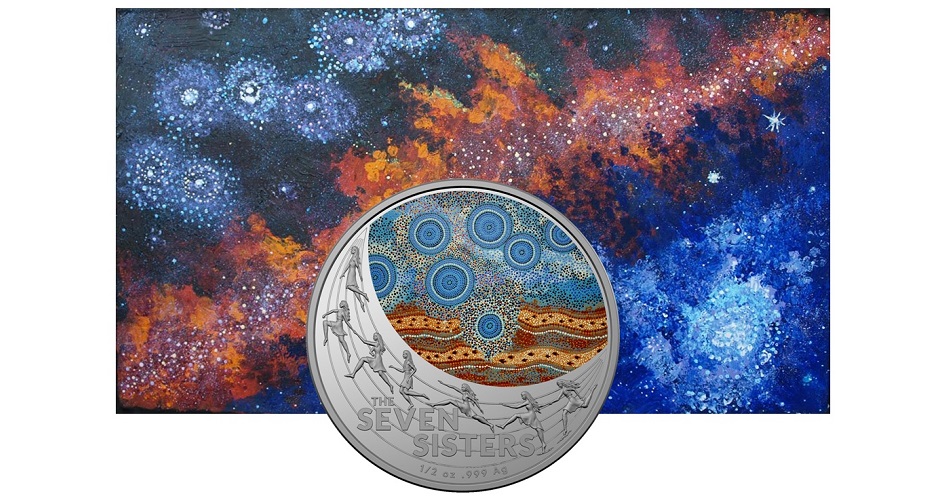 The Royal Australian Mint has released (3rd September) their latest silver Proof coins in the series entitled “Star Dreaming” launched in May of this year and which highlights some of the more memorable stories in Aboriginal folklore about the constellations seen in the Southern Hemisphere. The second coin features one constellation which has a very similar and coincidental story shared with the ancient Greek astronomers.

The Aboriginal peoples of Australia are some of the oldest astronomers who used the placements of the stars as a means of travel, like maps, and even to predict the weather. Their skills and stories date back more than 65,000 years, and the stars have aided them in time-keeping for all this time.

The Seven Sisters, as they are known to Indigenous Australians, is also the cluster of stars known as the Pleiades in the constellation of Taurus. Stories passed down over the millennia describe them as a group of young women being pursued by unwanted male attention: Literally a tale as old as time. The celestial cluster tells the story of the seven sisters fleeing to the sky to escape a man who wants to take one of the sisters as his wife. 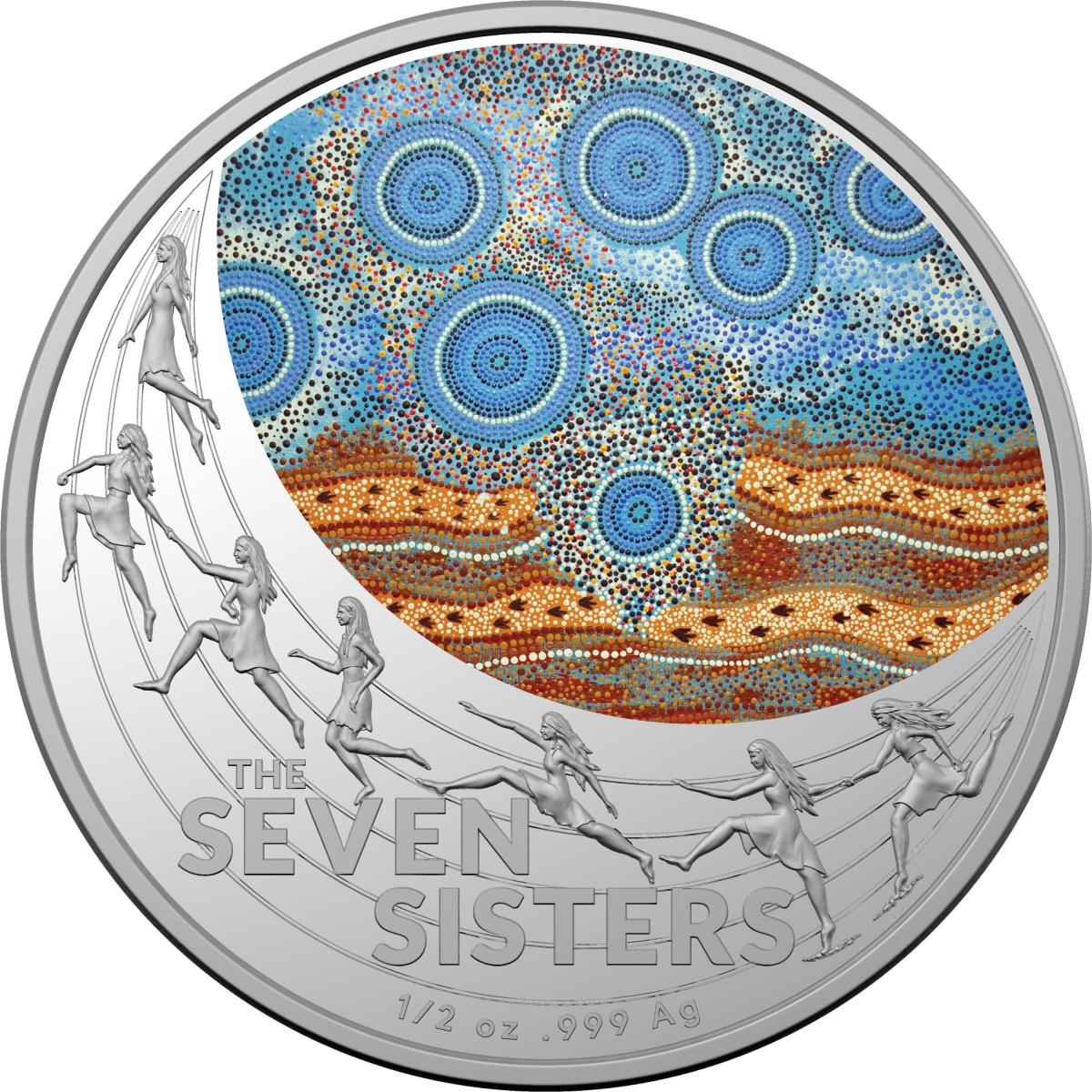 The silver Proof-quality coins with vivid colour in the design are the creation of Wajarri-Noongar artist Christine Jugarnu Collard. The reverse side includes a line of the Seven Sisters leaping into the horizon and above the heavens; they are part of the coin which is struck into relief. Towards the upper-right is a vividly coloured representation of the sky at night and the Seven Sisters cluster shown in the distinct Aboriginal style. The text THE SEVEN SISTERS is placed as part of the design where the sisters are shown leaping over the lettering. 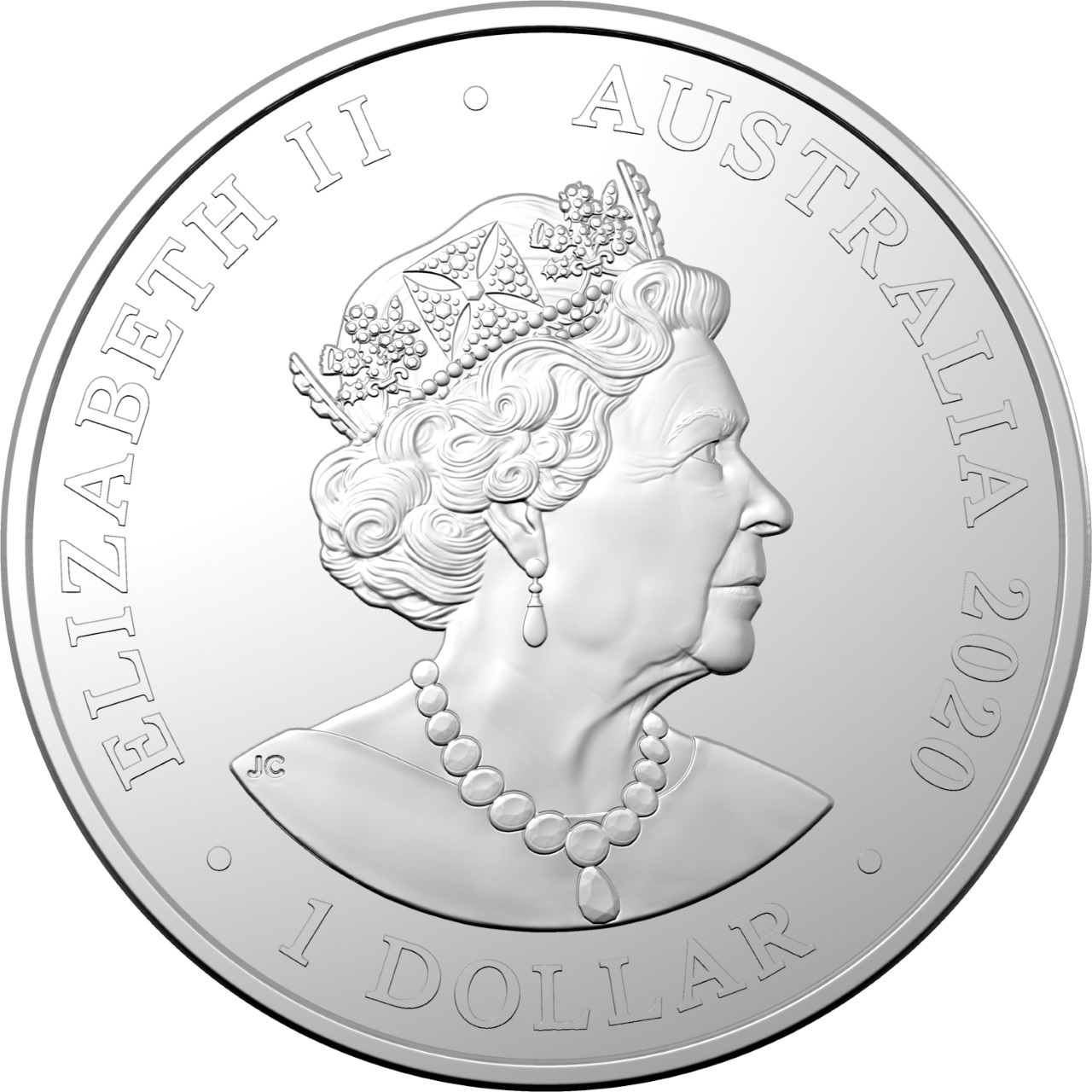 The obverse side includes the Commonwealth effigy of HM Queen Elizabeth II created by engraver Jody Clark and was officially introduced onto Australian coinage this year. The denomination of 1 DOLLAR is placed below the Queen’s likeness. 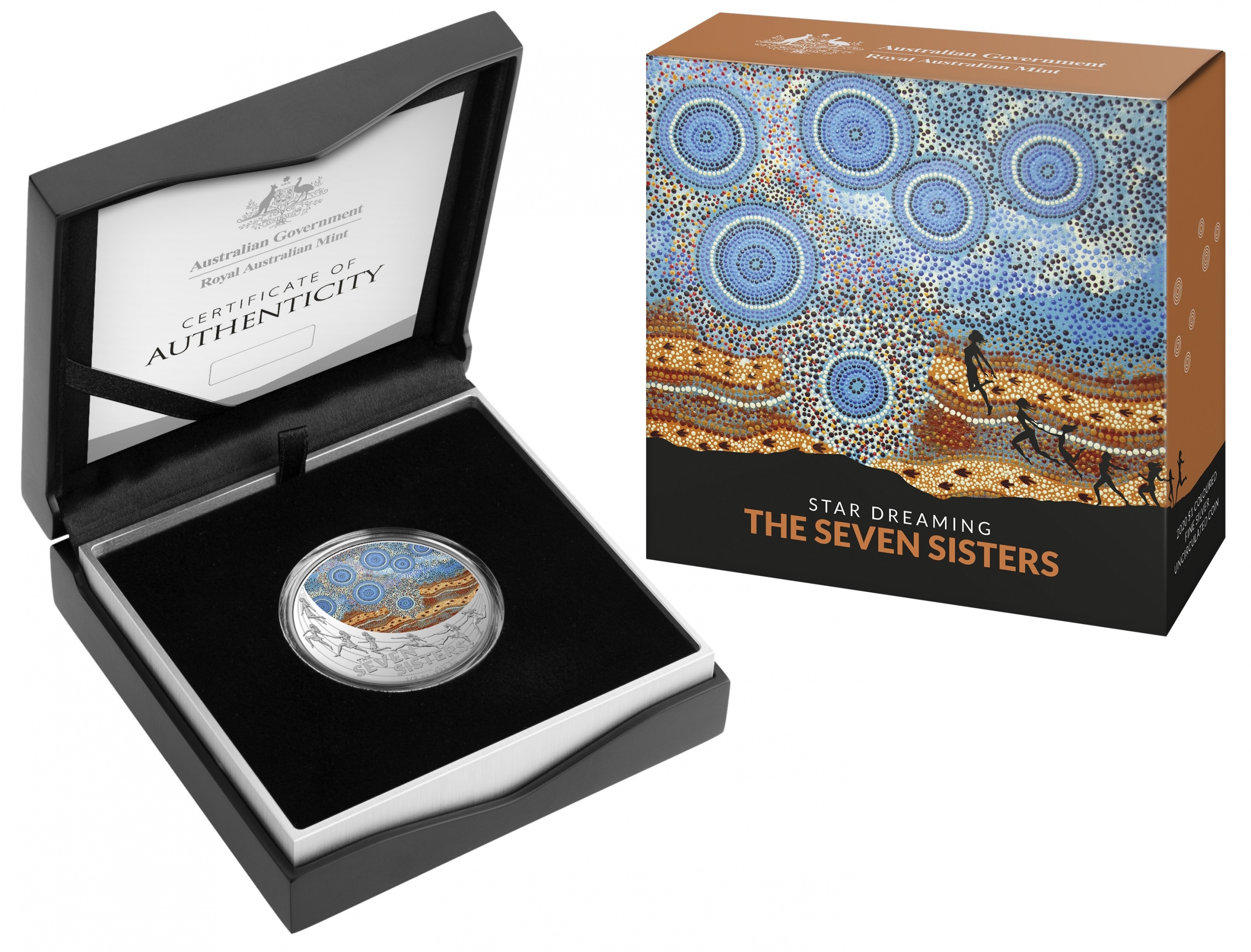 Each Proof strike is encapsulated and presented in a custom black Royal Australian Mint-branded case and is accompanied by a numbered certificate of authenticity. For additional information about this coin and other coins available, please visit their website.