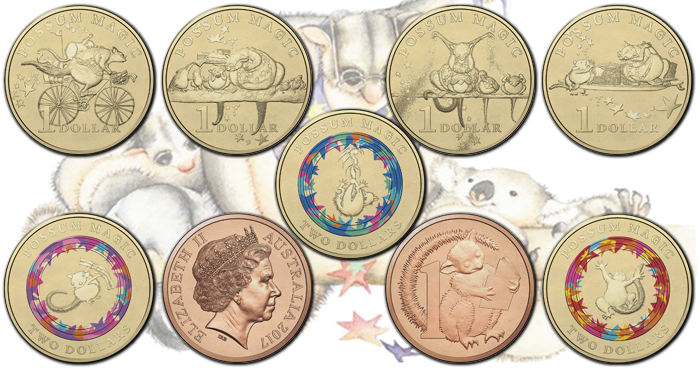 The Royal Australian Mint have unveiled on the 8th August a new series of collector $1 and $2 coins which highlight one of the country’s newer, though very popular, children’s stories—Possum Magic. The children’s tale was written in 1978 by Australian author Merrion Frances Fox, who is known best simply as “Mem Fox.” The draft for the story was initially written as part of Fox’s writing courses in children’s literature as a student at Flinders University in South Australia. After several rejections, the draft was accepted by a leading publisher, who suggested changes which included substituting the main animals in the story from mice to Australian animals to emphasise its original Australian content. Thus the initial work, Hush the Invisible Mouse, transitioned into Possum Magic, which was published in 1983—and the rest is history. 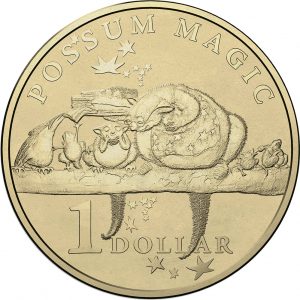 The four $1 reverse designs (all images are high resolution; hover to zoom). 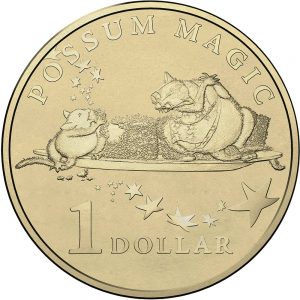 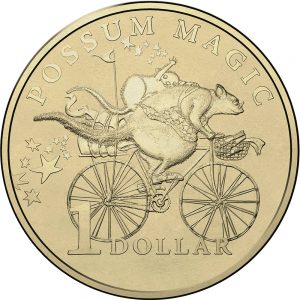 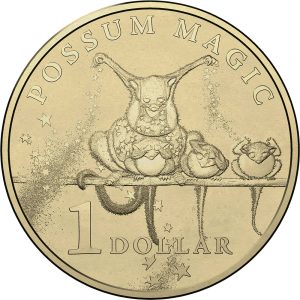 Possum Magic is a humorous and heart-warming tale of Australian geography, gastronomy, varied landscapes, and the animals in them c with absolutely charming illustrations. The two main characters are Grandma Poss and Hush, two possums from the country. Grandma Poss uses her best bush magic to make Hush invisible to protect her from Australian bush dangers. While invisible, the little possum is able to do lots of fun things, such as sliding down the backs of kangaroos and staying hidden from snakes—the primary reason Grandma worked the magic in the first place. One day, Hush decides she wants to be visible once again. The story then details the duo’s adventures as they tour Australia searching for the secret to visibility. It turns out that only human food will make this happen, and, in true Australian style, it isn’t until Hush begins to eat a Vegemite sandwich that she starts to become visible once more. As of 2011, Possum Magic had sold more than three million copies. 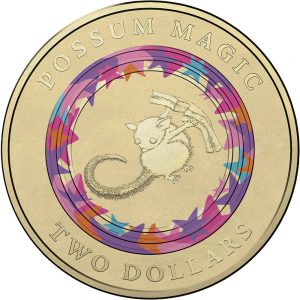 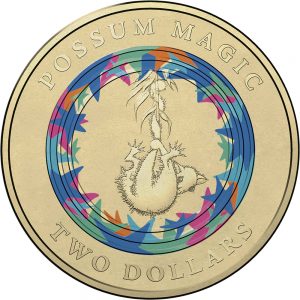 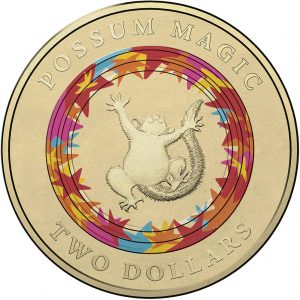 The coins, which include four $1 coins and three colour-printed $2 coins, depict some of the more memorable original illustrations created by Julie Vivas, whose artwork was included in the published story. She has also created a new reverse design reverse design which shows Hush reading a book—perhaps her own copy of Possum Magic—which appears on a 1¢ copper coin. A 1¢ coin has not been issued in Uncirculated quality in Australia since this denomination was discontinued in 1992. Those coins featured the feather-tailed glider—a.k.a. the pygmy gliding possum—on the reverse. (Click here to see the original cent and the 2017 silver piedfort coin that commemorates it.) 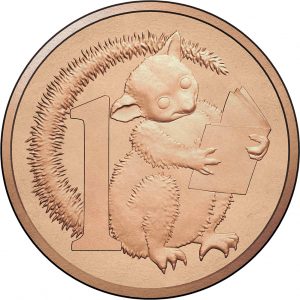 The reverse and obverse of the copper cent; the obverse design is common across the series. 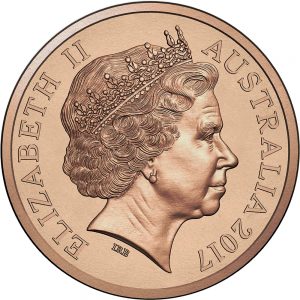 The common obverse of all the coins includes the effigy of HM Queen Elizabeth II, as created by Ian Rank-Broadley and used on all Australian circulation coins, as well as many commemorative and collector coins, since 1999.

Each set is packaged in a Possum Magic–themed folder and is the only way to complete the eight-coin collection. The sets will also be available through Woolworth’s Australia supermarkets and authorised dealers from the 15th August. For additional information on this and other coins, please visit the website of the Royal Australian Mint. 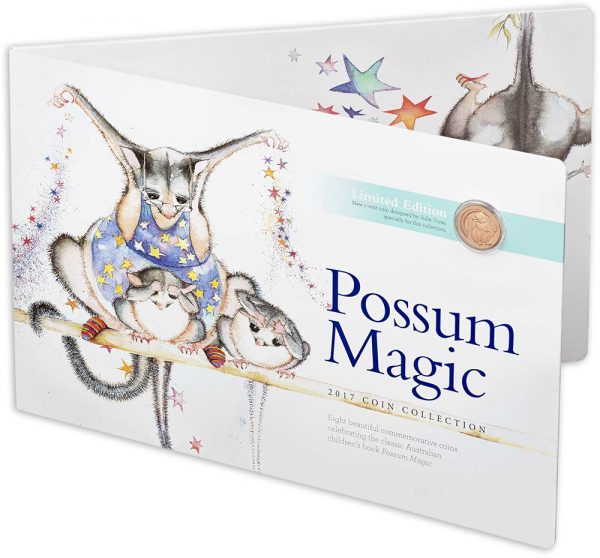 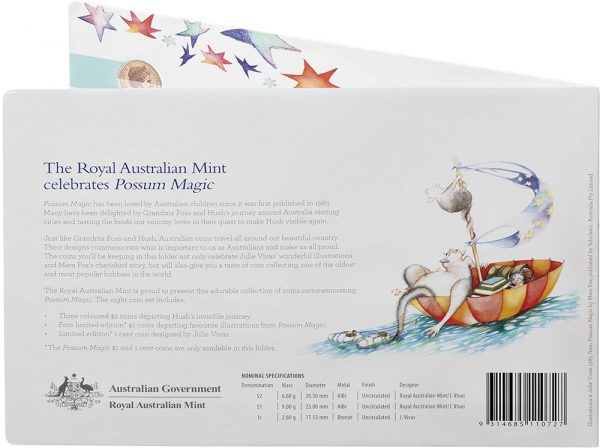