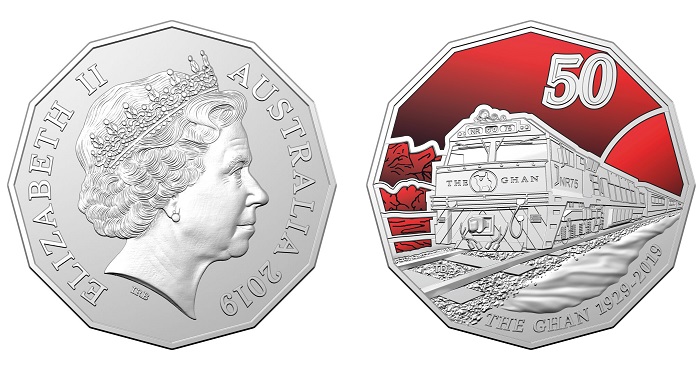 The new 50-cent 12-sided distinctive coins celebrate one of Australia’s most famous railway journeys while telling the story of one of the world’s great railway journeys of “The Ghan,” as it became known to an entire continent. The Ghan is a national icon which, this year, celebrates 90 years of adventure across Australia. This is recognised as a significant achievement. Begun in 1929, the Afghan Express steam train commenced its first route to the township of Stuart, now Alice Springs. In its early days, the train journey could be unpredictable and was once famously stranded in the desert for two weeks. Colloquially known as The Ghan, the Journey Beyond Rail Expeditions route has expanded from Adelaide in South Australia through Alice Springs, all the way to Darwin. The 2,979-kilometre (1,850-mile) journey is a luxury tourist experience in its own right and includes off-train excursions in locations such as Coober Pedy, Alice Springs, and Katherine. From Adelaide to Darwin, Great Southern Rail’s Ghan passes through magnificent and beautiful landscapes from the desert to the tropics and has now become one of Australia’s most luxurious and iconic railway journeys. 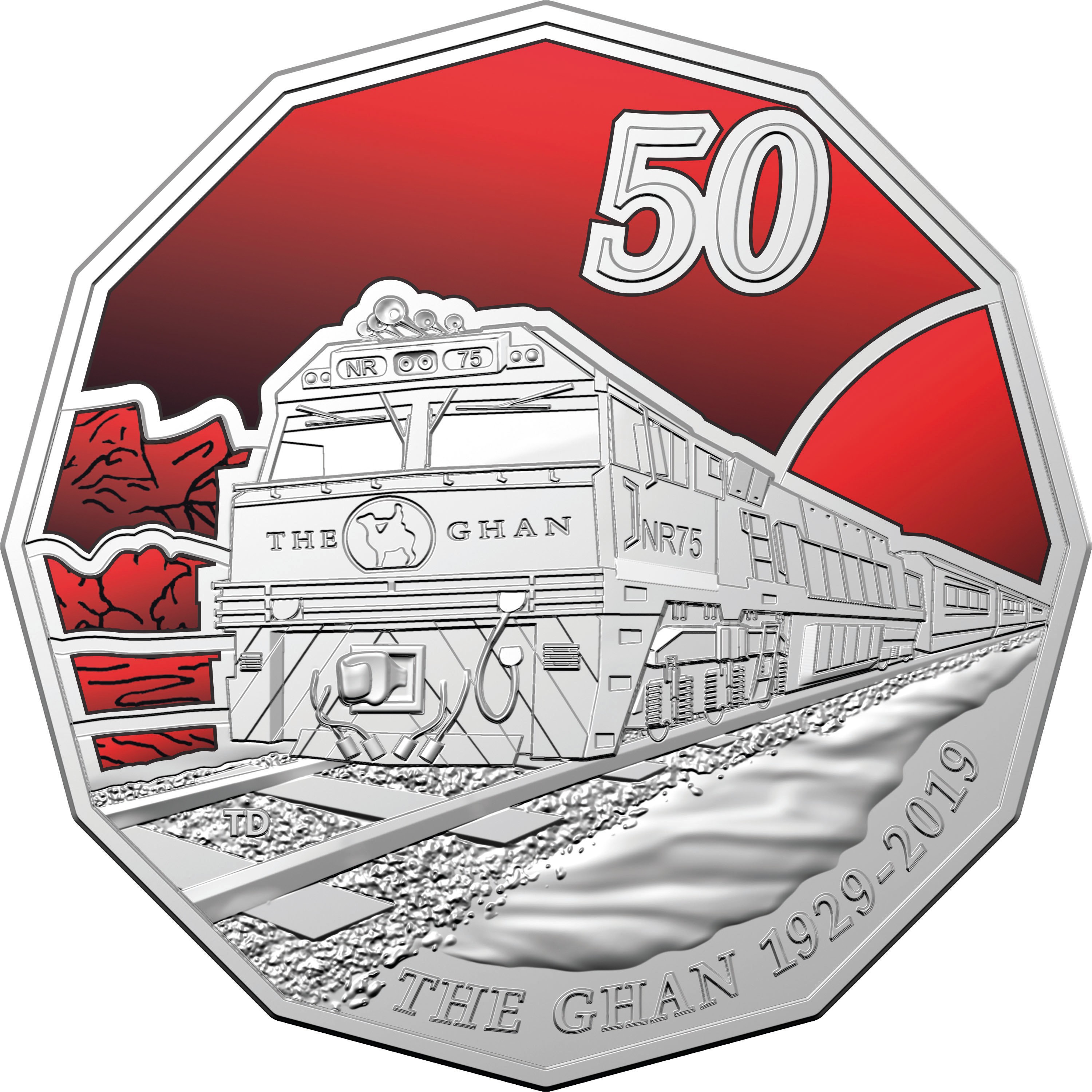 The 12-sided coins include a depiction of the newest branded model Ghan which is the NR75 class, an Australian diesel locomotive built by A Goninan & Co for National Rail between 1996 and 1998, and currently operated by Pacific National and Rhys McDonald. The denomination of 50 is placed to the upper right with the inscription THE GHAN 1929 – 2019 placed along the lower edge towards the right side. 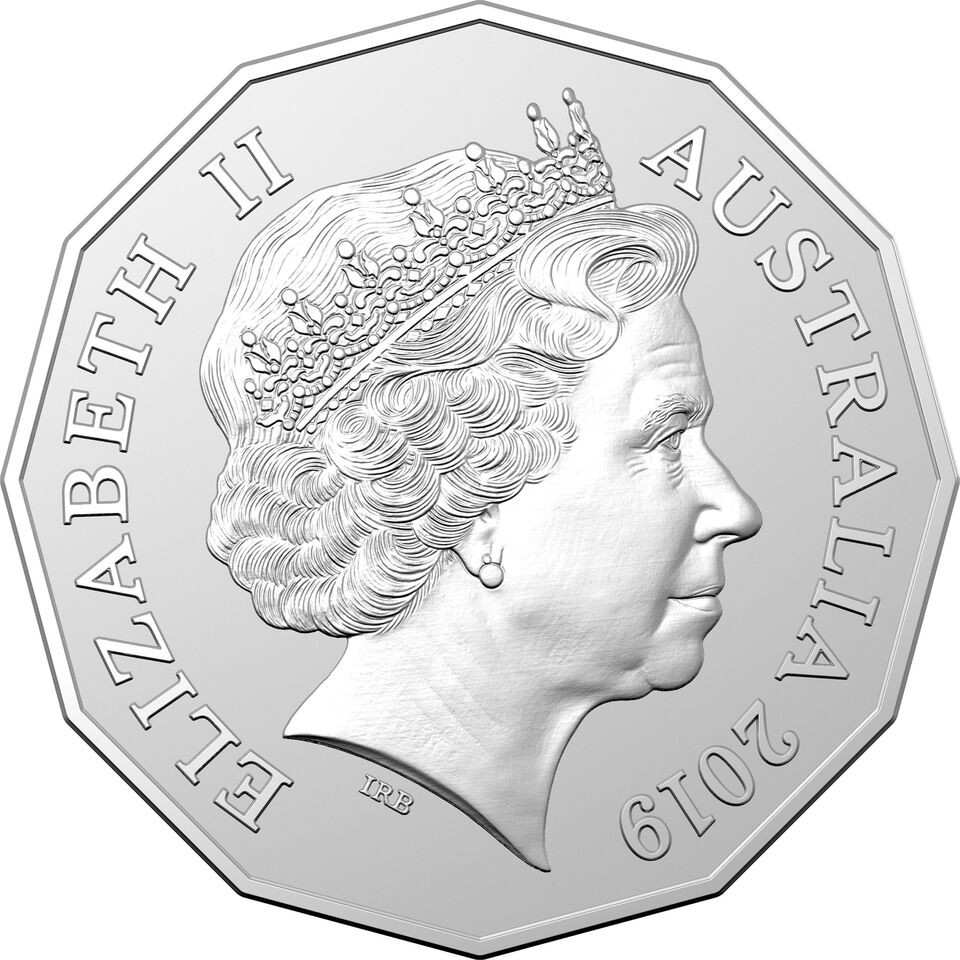 The obverse includes an effigy of HM Queen Elizabeth II created by sculptor Ian Rank-Broadley and has been used on Australian circulation coinage since 1999. 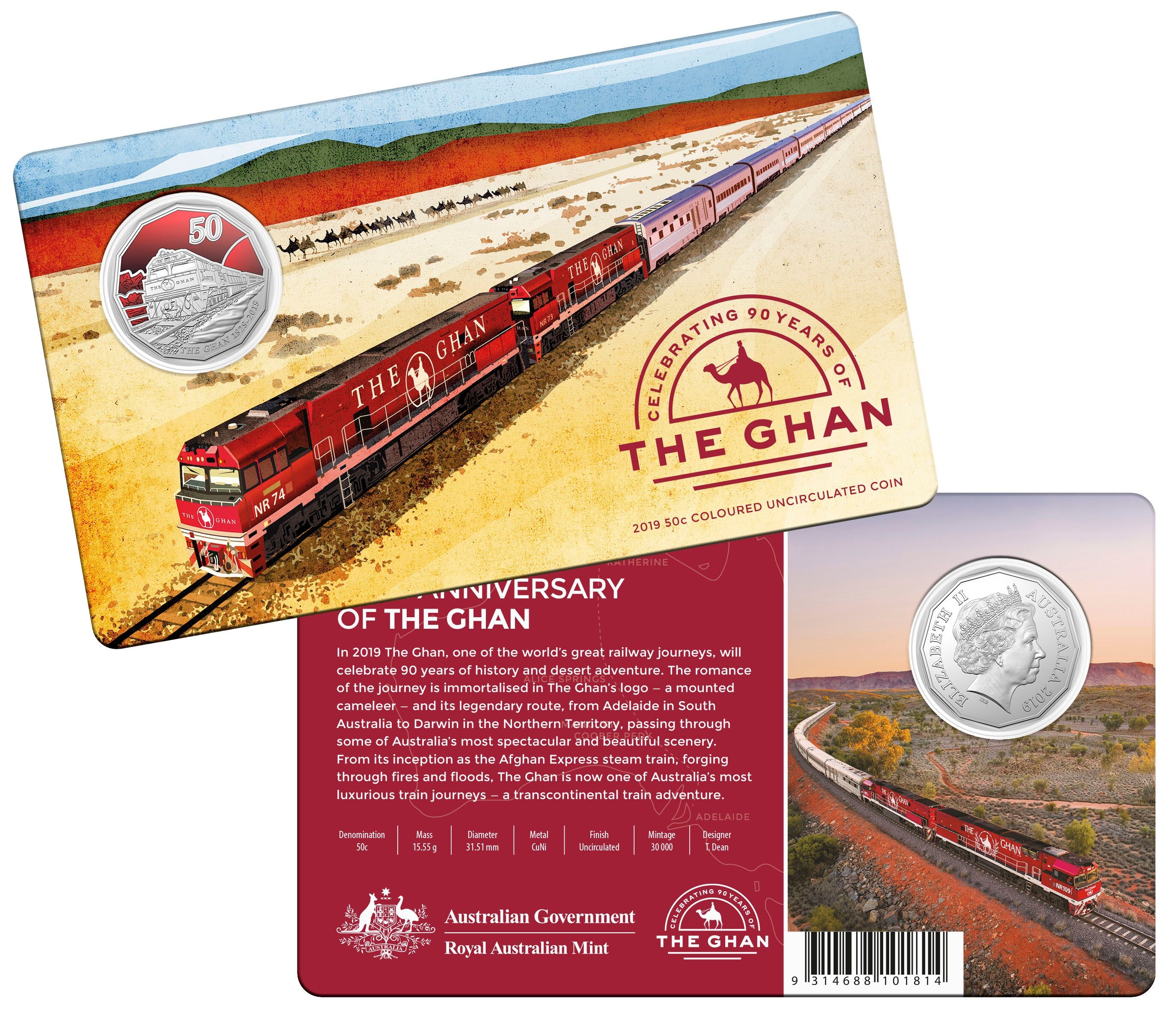 The colour-applied design 50-cent coins are presented in a blister-card presentation with colourful images of The Ghan and informative text. For additional information about this coin and others released by the Royal Australian Mint, please visit their website.