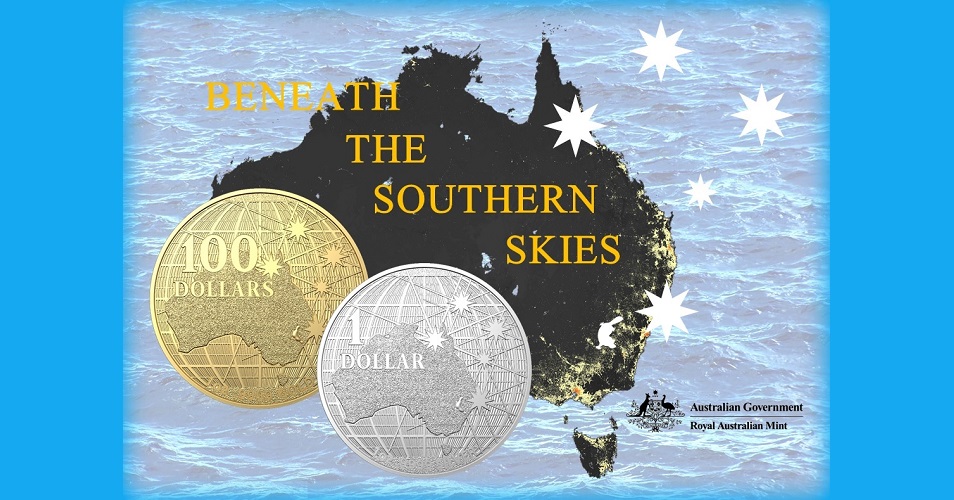 The Royal Australian Mint has released their latest bullion coin series entitled “Beneath the Southern Skies,” which made its debut last year. The coins released for 2021 include $100 one-ounce gold and $1 one-ounce silver bullion quality strikes.

Quintessentially Australian, the design pays homage to the extraordinary talents of Stuart Devlin (1931–2018), who created Australia’s reverse designs seen on the first decimal coinage introduced in 1966. Devlin, a well-known goldsmith and engraver of international repute, is commonly regarded as the father of Australia’s modern currency who designed Australia’s first decimal coinage. Born in Geelong, Australia, Devlin began his career as a goldsmith and engraver at the age of 17. His illustrious career has spanned more than 70 years during which he has designed coins for Australia, the United Kingdom, and more than 30 other countries. He rose to prominence in 1964 when he won a competition to design Australia’s first decimal coinage. Among his other famous works were Australia’s now-iconic “Red” kangaroo series and the coins and medals for the Sydney 2000 Olympic Coin Program. Devlin’s immense skills came to even greater prominence when in 1982, he was appointed goldsmith and jeweller to Her Majesty Queen Elizabeth II. The motif seen on the reverse side of these coins is inspired by one of Devlin’s original sketches more than 50 years ago. For the 2021 “Beneath the Southern Skies” range, the design includes a new privy mark, the platypus, which represents New South Wales’ animal emblem and is positioned over the location of Sydney. 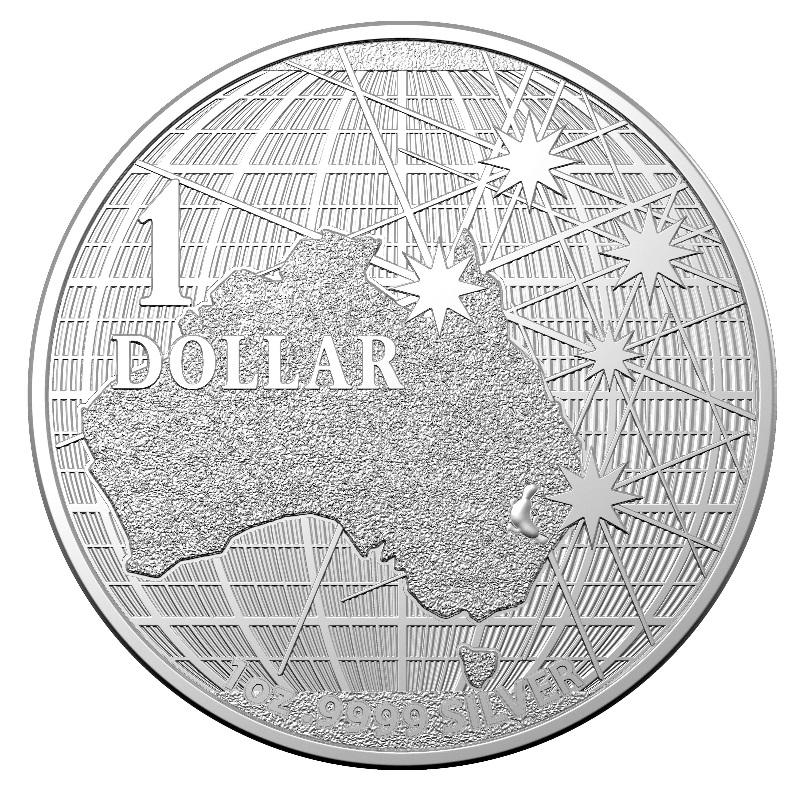 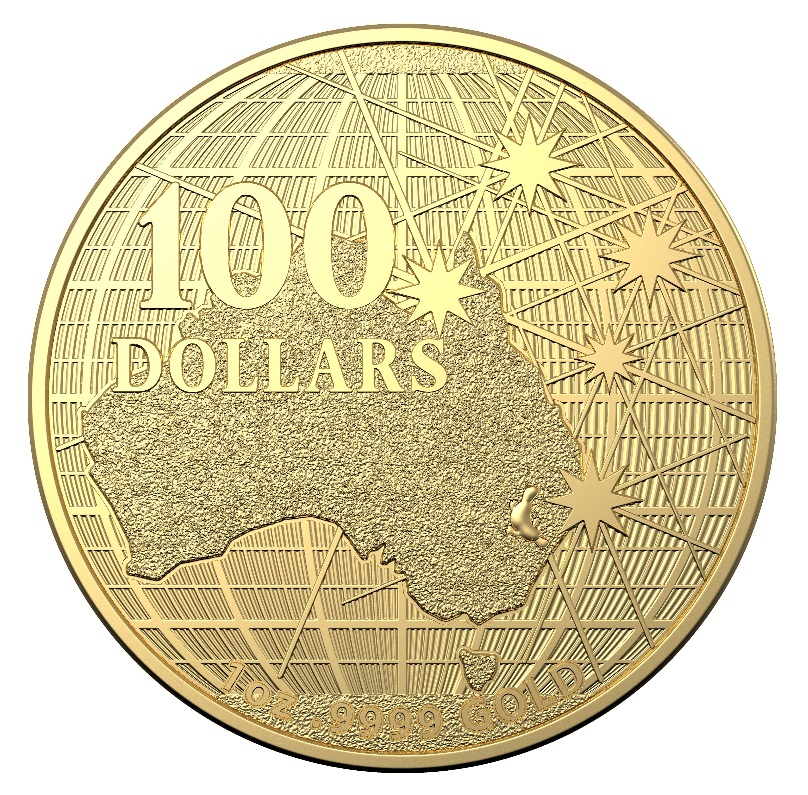 The reverse design is based on Devlin’s original draft that featured the Australian continent and the island of Tasmania further to the south. Also featured is the Southern Cross constellation represented by five, eight-pointed stars. Superimposed over the map are the denominations of 100 DOLLARS (gold) or 1 DOLLAR (silver) and the platypus just to the left of the constellation’s southernmost star. This draft was retrieved from the Royal Australian Mint’s archives and revised with intricate detail. 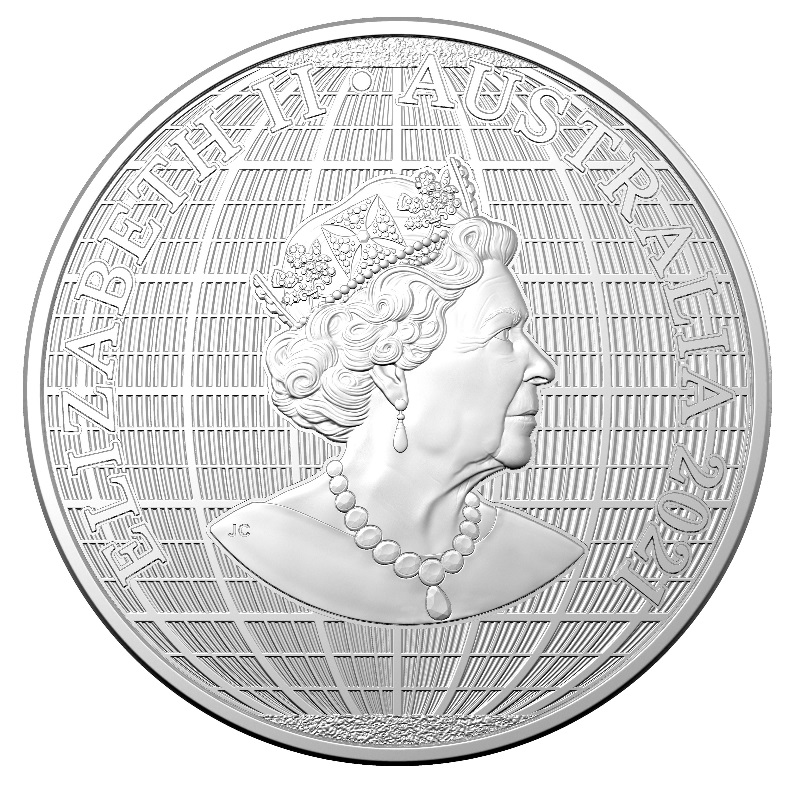 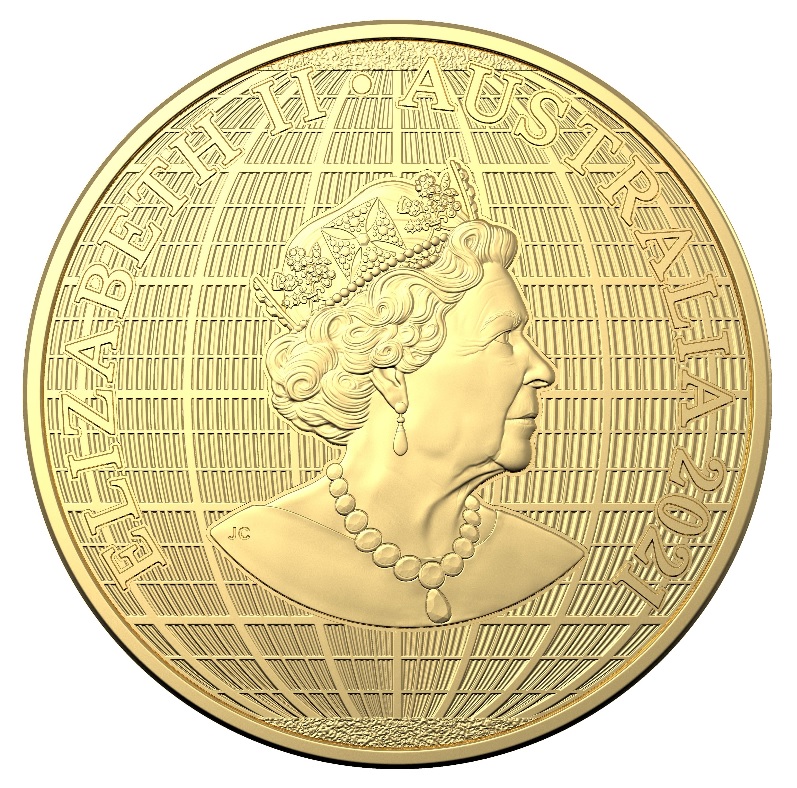 The obverse side includes the Commonwealth effigy of HM Queen Elizabeth II created by Jody Clark and introduced onto Australian coinage in 2019. The text ELIZABETH II AUSTRALIA 2021 is placed above and partially around the Queen’s likeness. Both the obverse and reverse include a background of lines representing latitude and longitude, further enhancing the theme and design of a map. 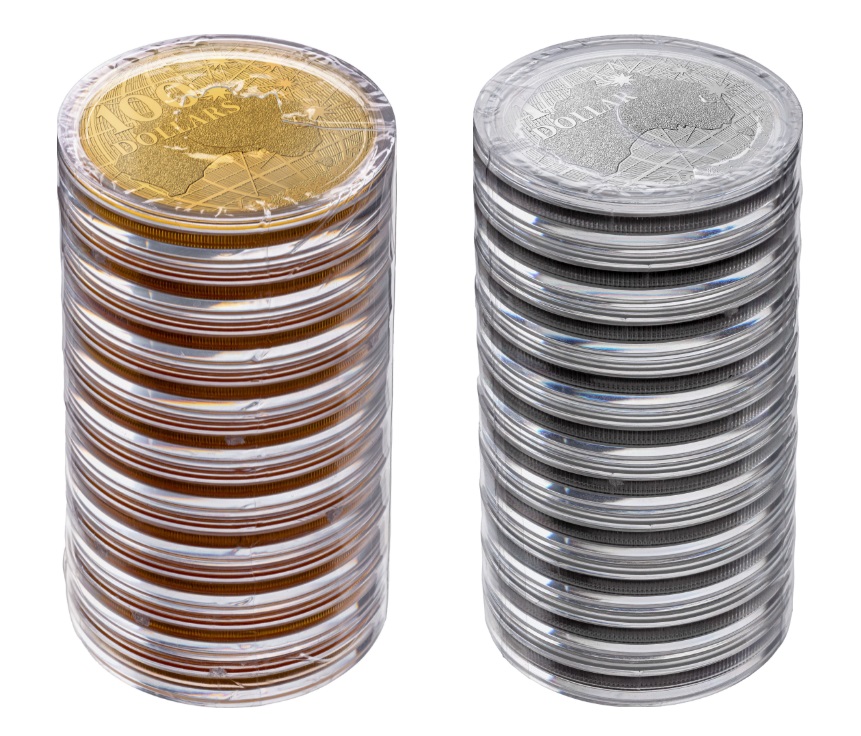 The “Beneath the Southern Skies” silver coin is the first and only 99.99% pure silver coin produced by the Royal Australian Mint. The gold coins are encapsulated and shrink-wrapped into towers of 10 units. The silver coins are encapsulated and packed in tubes of 25 pieces, housed in strong boxes storing 20 tubes. Those residing in Australia can inquire to the Royal Australian Mint for additional details and availability here. Those outside Australia should contact their nearest bullion distributor.