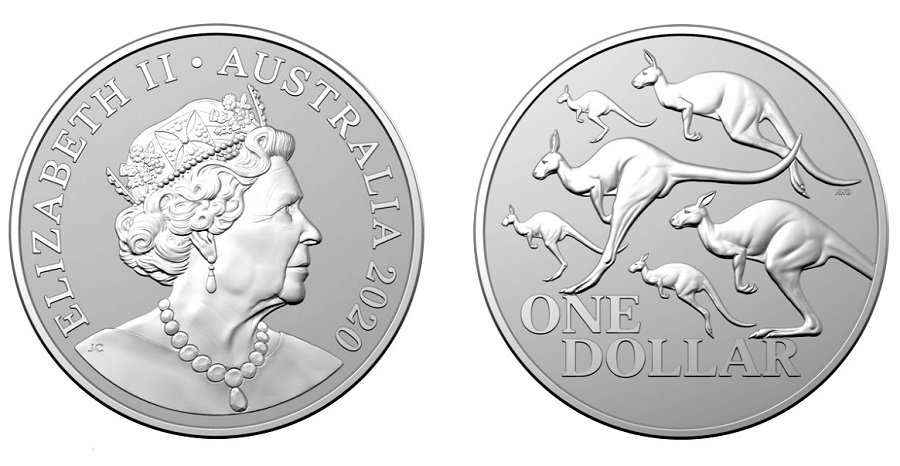 The Royal Australian Mint has launched their latest silver Kangaroo-themed coins which features one of the country’s more iconic and instantly-recognised Australian wildlife symbols. Begun in 1992, the Kangaroo series has been a popular release from the Royal Australian Mint and is especially poignant today. Taking into consideration the sheer number of red kangaroos that were lost during the massive bush fires in Australia over a six-month period, this natural disaster is referred to as the Black Summer. It has been estimated that one billion animals have been killed and some endangered species may be driven to extinction.

Red kangaroos are found mostly in the central plains of Australia. The male is reddish-brown in colour with a lighter coloured underside. The red kangaroo has a more squared-off snout than other kangaroos.

Of course, marsupials (kangaroos, most of all) are known for their unique pouch where their young primarily develop just after birth. A baby kangaroo (or joey) is only about the size of a lima bean when it is actually born, and it is the process of making its way into the mother’s pouch which is, in itself, an arduous task. Unable to see or hear, it follows a trail made by its mother into the pouch where they will continually nurse for around 190 days until it will finally emerge for the first time, almost fully developed, and ready to take its first step outside its protected home.

The reverse design includes a mob of kangaroo (the word “mob” refers to the group they congregate in). The mob includes six kangaroo of various sizes, and they are travelling in a leftward direction. The denomination of ONE DOLLAR is placed below the primary design. The obverse side includes an effigy of HM Queen Elizabeth II known as the Commonwealth portrait, created by Jody Clark, along with the year of issue. 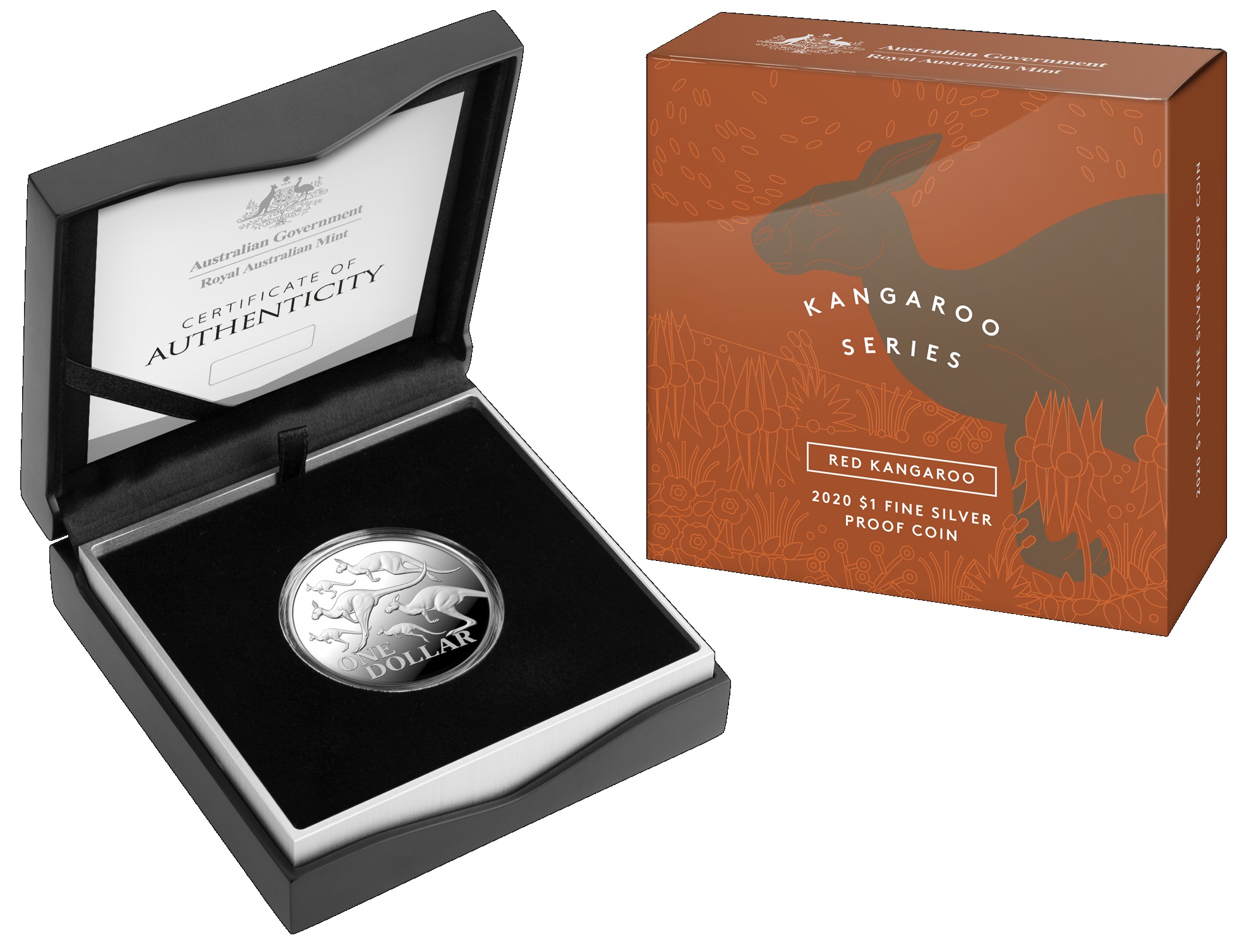 The Proof-quality versions are encapsulated and presented in a custom mint case, accompanied by a certificate of authenticity. Please note, the Brilliant Uncirculated frosted coins are encapsulated and offered without a display case, outer box, or certificate of authenticity. For additional information about these coins and others available from the Royal Australian Mint, please visit their website.