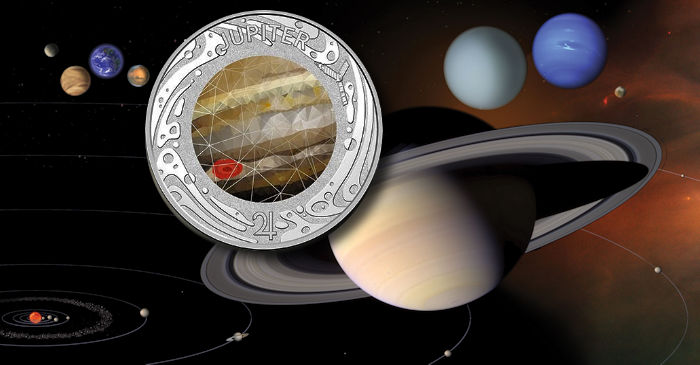 The Royal Australian Mint have released a new 10-coin collection which imaginatively uses all of the current (and two previously circulating) coin denominations to depict the our solar system’s nine planets (including Pluto), plus the sun. Using all six denominations presently in circulation, from the five-cent to the $2 coins, plus the previous one- and two-cent coins (which were officially discontinued in 1992), the design cleverly depicts the various planets which correspond to their size on the largest and smallest coins.

The heavens and planets have fascinated the human race ever since many ancient peoples and civilisations were able to deduce that the celestial bodies were, in fact, part of one solar system, and that their own planet was part of a vast world which had been previously considered the home of the gods. Myths, stories, and superstitions prevailed about the heavens in ancient Chinese, Egyptian, and South American civilisations. Many myths and legends were devised over the centuries to explain their presence; the planets which appeared as stars were named after the various gods in the Roman and Greek civilisations, and their similarities were astounding between the two peoples.

As the Old and New worlds came together from the 15th century onwards, the world learned that the planets also held a great fascination to the Aztec and Mayan civilisations, whose calendars were astonishingly accurate in terms of predicting eclipses, measuring the time in which the earth revolved around the sun, and documenting the stages of the moon during a year.

This new series brings together a love of coins and a fascination with the wonders of our solar system by highlighting the differences between the various planets using the various sizes and denominations of the coins. 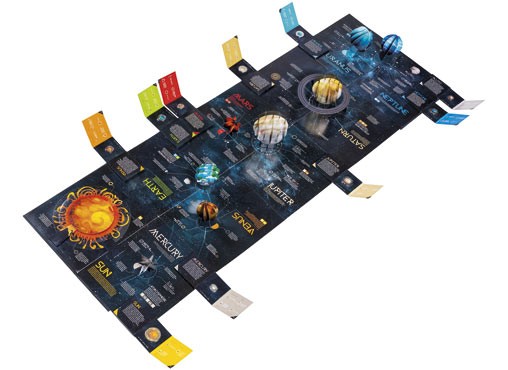 Packed within an information-filled pop-up book which features colour printing and a special bimetallic coin to represent Saturn, the series also brings back two coins which have not been seen in circulation in 25 years. The series is an ideal centrepiece, from the youngest stargazer to the most established astronomer. For additional information on these and other coins offered by the Royal Australian Mint, please visit their website.

Australia: “Possum Magic” is the theme for new $1 and $2 collector coins

Australia: Lunar Year of the Dog features on latest gold and silver coins