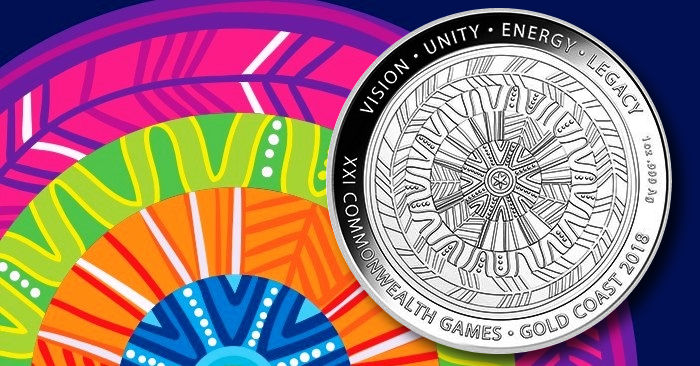 The Royal Australian Mint have released (23rd November) two new collector coins which are produced to celebrate the upcoming Commonwealth Games to be hosted in Australia, April 4–15, 2018. The XXI Commonwealth Games will be held on the Gold Coast, Queensland, located on Australia’s east coast, with events also taking place in Brisbane, Cairns, and Townsville. The Gold Coast, or GC 2018, will be the largest international multi-sport event ever hosted on the Gold Coast and will be the largest sporting event to be staged in Australia this decade. Across 11 days of competition, more than 6,600 athletes and team officials from 70 nations and territories will attend, competing in 18 sports and seven para-sports.

Aside from the world-class sporting and cultural events, GC 2018 will leave a lasting positive legacy for communities across the state. GC 2018 is the first event of its kind to have an RAP (Reconciliation Action Plan). This is the result of a commitment from games partners to deliver legacy outcomes for Aboriginal and Torres Strait Islander peoples, and has been led by the Queensland government through the Office of the Commonwealth Games and the Gold Coast 2018 Commonwealth Games Corporation. 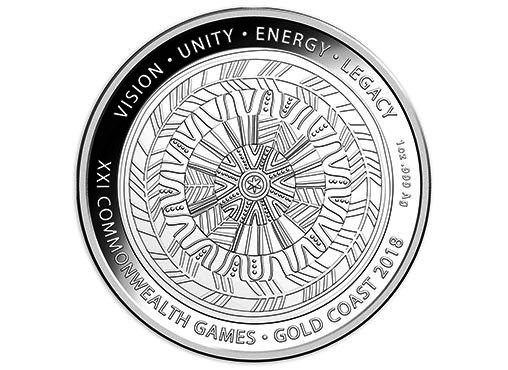 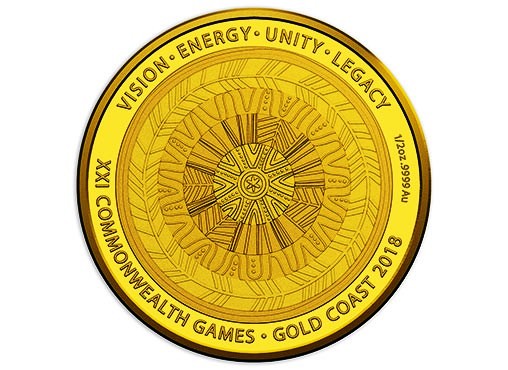 The 2018-dated coins, issued in gold and silver, celebrate the values of vision, unity, energy, and legacy that are embodied in both the spirit of the games and the honoured tradition of fair competition. The reverse side of the coin design forms part of the GC 2018 Reconciliation Action Plan and includes artwork created by artist Jenna Lee, a member of the Larrakia nation, who are a collective of indigenous Australian people in and around Darwin in the Northern Territory. Lee is from Brisbane-based Indigenous creative agency Gilimbaa. Jenna’s artistic practice is strongly influenced by her heritage as she takes inspiration from traditional artwork styles, drawing on the rich artistic practices of her Larrakia ancestors. 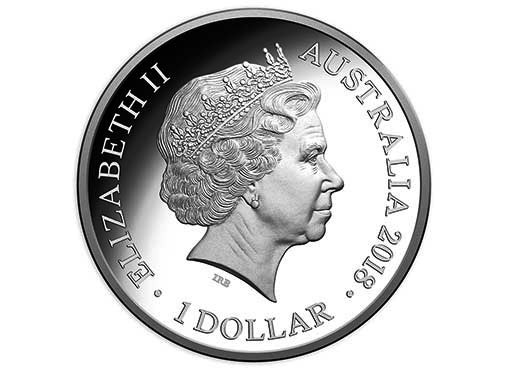 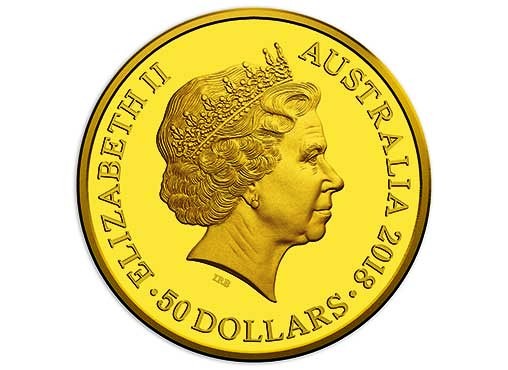 The obverse depicts HM Queen Elizabeth II, as designed by British sculptor Ian Rank-Broadley appearing on all Australian circulation and most commemorative coins since 1999. 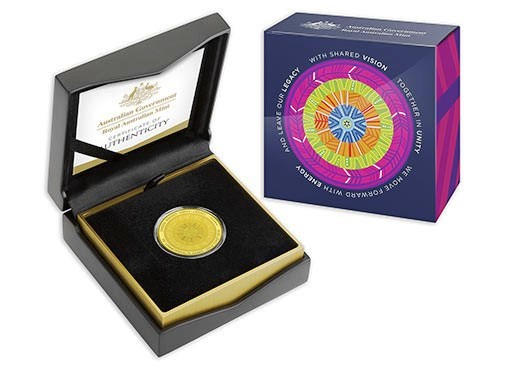 The silver coin is minted in Uncirculated quality and the gold coin is produced in Proof quality. Each coin is accompanied with a certificate of authenticity and protected in a perspex (or Lucite) capsule, which is then encased in a custom presentation case produced specially for the coins. For additional information on these and other coins released by the Royal Australian Mint, please visit their website.