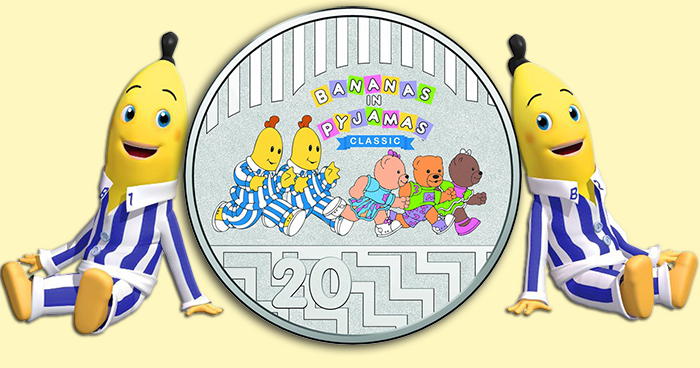 The Royal Australian Mint have issued (5th June) a new two-coin set which features those irrepressible and adventurous Bananas in Pajamas and their friends, the teddy bears… not to mention the Rat-in-a-Hat.

The Bananas in Pajamas made their debut dressed in their now-iconic blue-and-white-striped outfits, and for the past 25 years, this duo have been a staple in Australian children’s viewing programs, sharing important lessons about cooperation, friendship, creativity, and enjoyment of our surroundings. The Bananas in Pajamas first aired on Australian television in 1992 as a live-action series featuring B1 and B2 and teddy bears Lulu, Morgan, and Amy. The series became a huge success, and over its 10-year run was syndicated to many countries around the world and dubbed into other languages. The magical idea of pajama-clad bananas running downstairs in duos, chasing teddy bears on Tuesdays, was inspired by a 1967 children’s song written by Carey Blyton:

As the years passed, the song and its banana stars were turned into an animated story on Play School, before having such an impact that the storyline was spun off into its own show in 1992, becoming familiar fare for the country’s preschoolers. Co-creator and lead writer Simon Hopkinson came up with the idea for twin bananas and three teddy bears. After 40 episodes, the writers introduced Rat-in-a-Hat as an antagonist or focal character “to stir things up a bit” and be the resident mischief-maker of Cuddles Avenue.

The Bananas in Pajamas brand was revamped in 2011 as a CGI animated series created by Southern Star Entertainment. It ran for three seasons with both the classic live-action and the animated versions airing currently on ABC Kids daily. 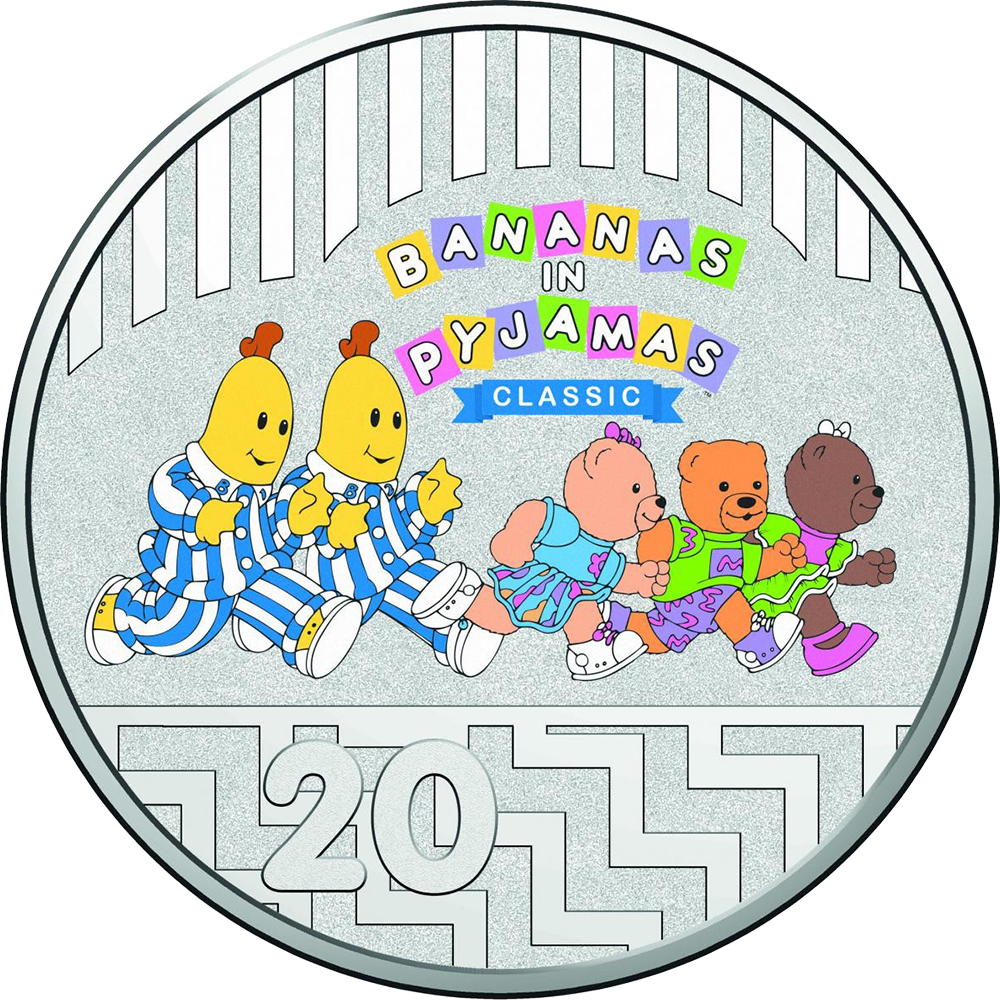 The two-coin set is a playful reminder of Australia’s favourite Bananas in Pajamas characters, and reflects the impact the show has had on generations of young Australians. The set includes a 20-cent coin and a 5-cent coin, which is Australia’s first colour-printed coin of this denomination. The reverse of the 20-cent coin captures the very activity made famous by B1 and B2: chasing teddy bears, namely Lulu, Morgan, and Amy. The colourful logo of the Bananas franchise appears above the principal design, and the number 20, for the denomination, is placed below and towards the left, on a zig-zag pattern representing stairs. 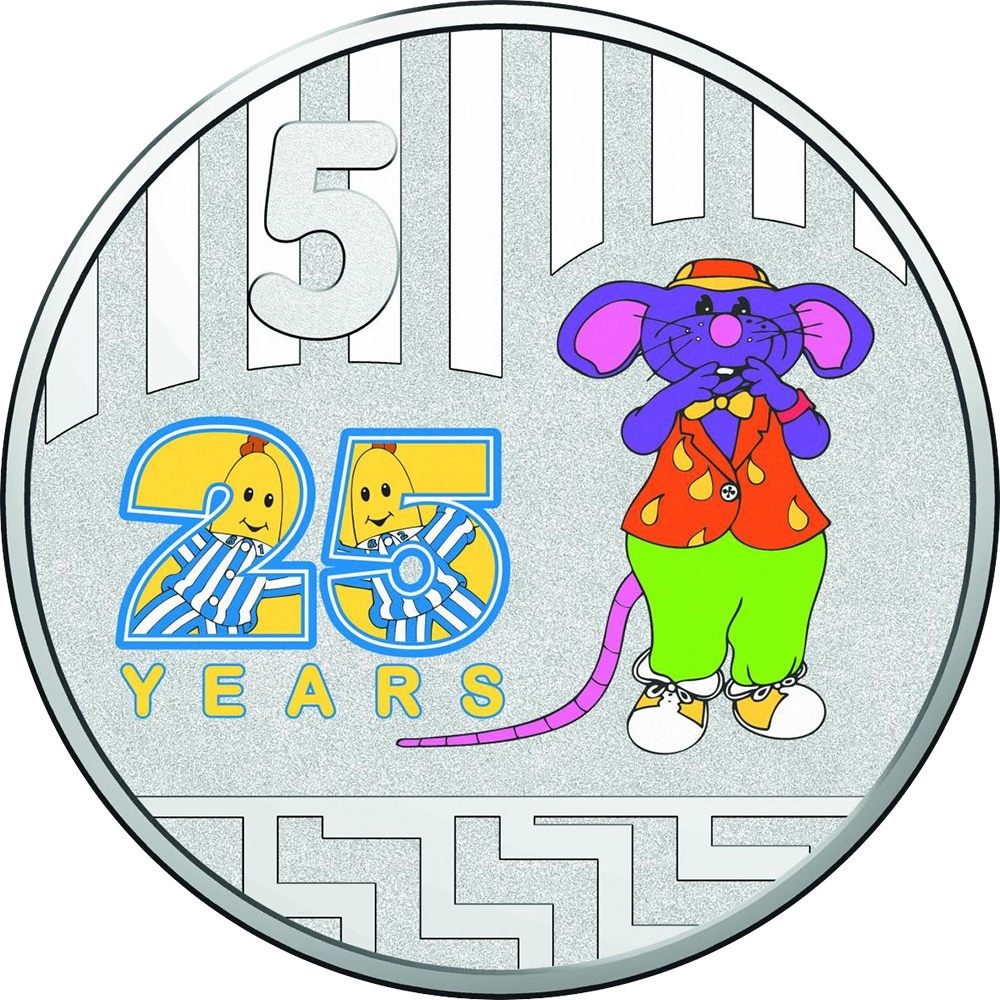 The 5-cent coin highlights that mischief-maker himself, Rat-in-the-Hat, to the right, alongside the legend 25 / YEARS (with the numerals decorated with the Bananas in their comfy pajamas). The coin’s denomination, 5, is seen to the upper left. 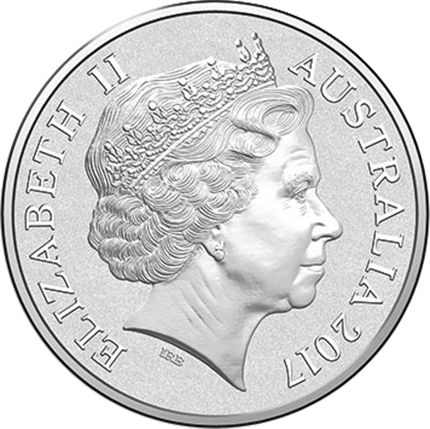 The obverse of both coins includes an effigy of HM Queen Elizabeth II created by Ian Rank-Broadley and used on all Australian circulation and many collector coins since 1999. The year of issue, 2017, is included in the legend around the portrait.

In celebration of this fun anniversary, the Royal Australian Mint hosted the iconic ABC Kids duo on the 4th June where the public were invited to meet the Bananas, grab a photo opportunity, and enjoy the various children’s activities for a “bananarific” day out for the whole family. 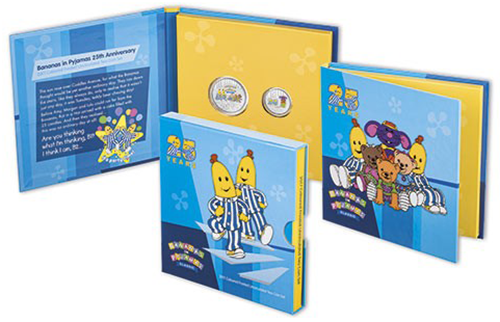 Both the 20-cent and 5-cent coins are in colour and the box set tells the story of the Bananas’ celebrations. The coins are available only as a set, which is presented in a colourful folder-and-slipcase format. Please visit the website of the Royal Australian Mint for additional information on these and other coins on offer.   ❑