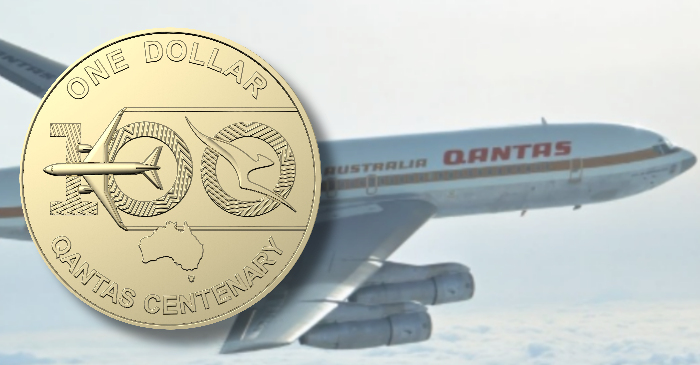 The Royal Australian Mint has unveiled (15th November) new commemorative dollar coins to mark the centenary anniversary of Australia’s national airline carrier, Qantas. From humble beginnings in outback Queensland, the flying kangaroo remains an integral part of Australia’s renowned aviation industry and today is a poignant reminder of just how far the country’s aviation industry has come. Formerly known as the Queensland and North Territory Aerial Services Ltd, its acronym of Qantas has become an internationally recognised brand, and, with its logo, has been a flying ambassador to the land down under now for 100 years.

Qantas is now the longest continuously operating airline in the world which has been part of Australia’s national story. The growth of Qantas is woven into the modern history of Australia and reflects its international presence. Qantas’s journey reflects a spirit of resilience, innovation, and service that characterises Australians in times of war and peace. Today, Qantas is considered one of the world’s leading airlines, connecting the island continent with loved ones across the nation and the globe. Qantas continues to embrace new technology to reduce what is often a downhearted feeling of distance.

The anniversary, aside from highlighting the 100 years of the Qantas fleet, also focuses on the airline’s significant contributions to Australia’s aviation history. Through the many routes established all over the world of Qantas, the country’s tourism industry has contributed significantly to the GDP of Australia as well as enabling Australians to travel to every continent — bringing with them the unique Australian national identity and way of life. Aside from contributing significantly to the economic health of Australia, Qantas has also supported Australia’s military effort over the past 100 years. 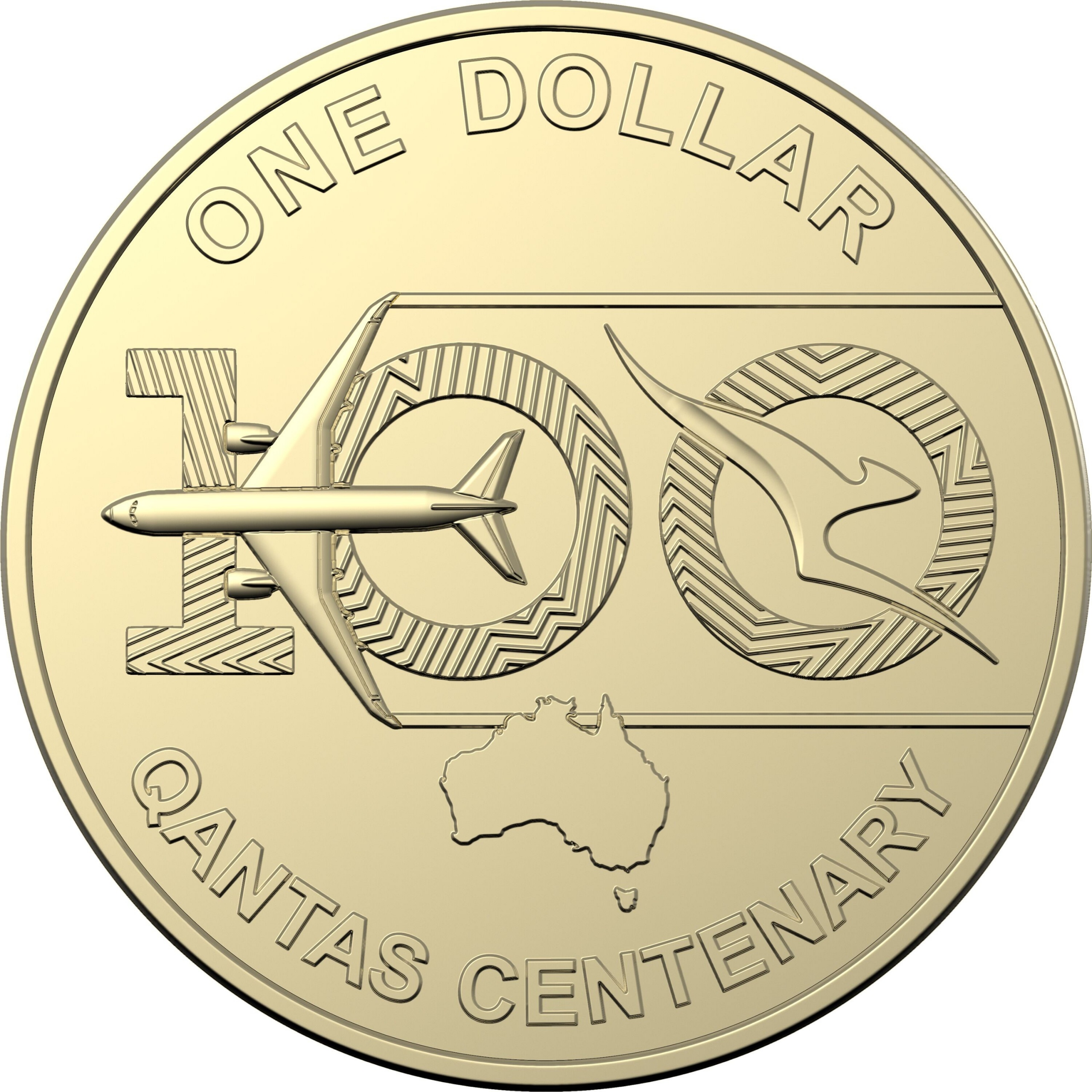 The design of the 2020-dated circulating coin communicates the airline’s anniversary with a depiction of a plane flying through the number 100. The plane is a stylised Boeing Dreamliner, the newest addition to the Qantas fleet. The decorative line pattern on the number 100 emulates fingerprints, signifying Qantas’s part of Australia’s national identity. 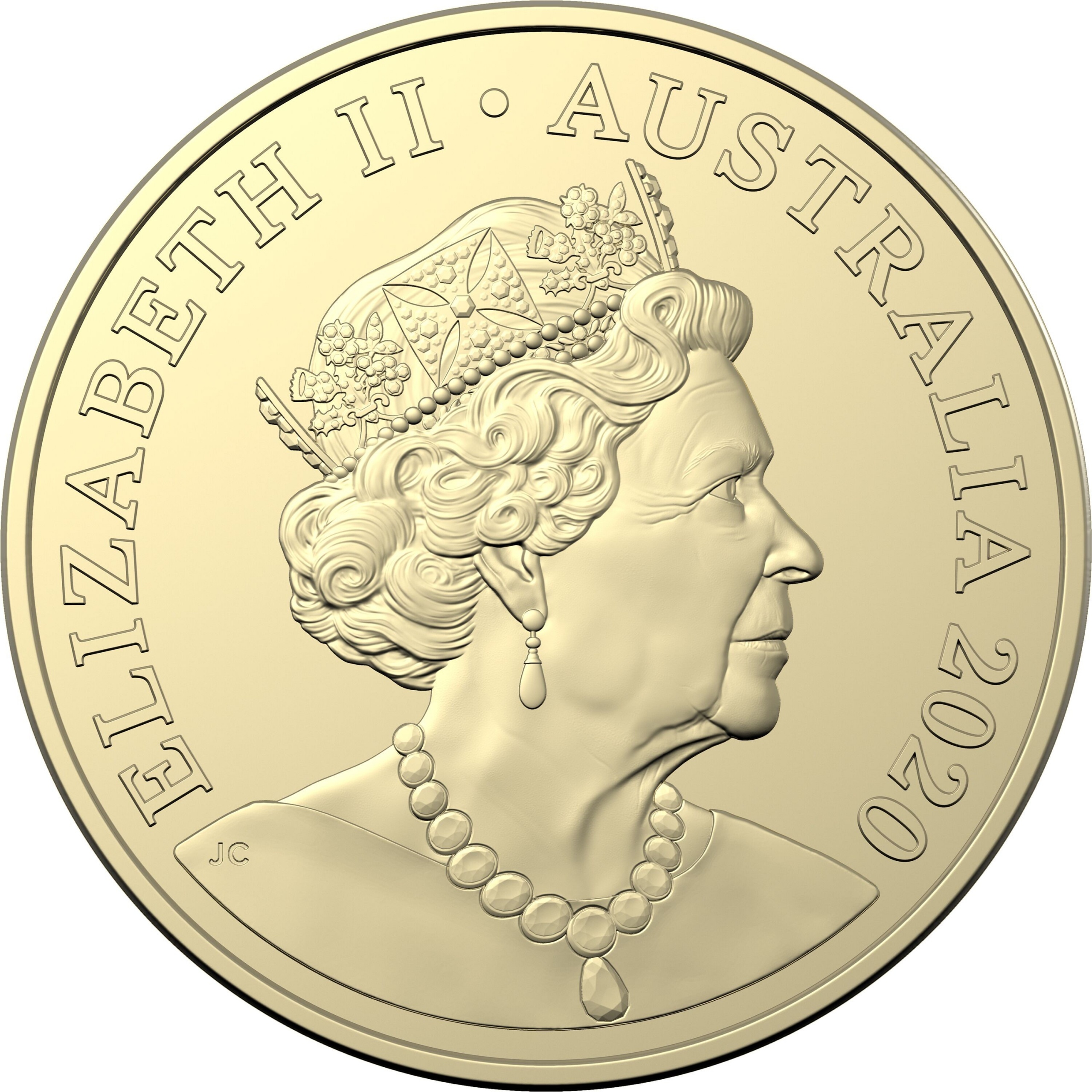 The obverse side includes an effigy of HM Queen Elizabeth II as designed by Jody Clark and introduced onto all circulating Australian coinage for 2020.