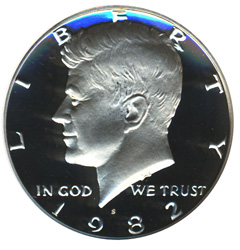 As the Dulles Coin and Currency Expo was canceled this year, I searched online for other local coin shows my daughter and I could attend in its place, and discovered a quarterly coin show held in nearby Vienna, Virginia.  I made plans of what we wanted to purchase: I was interested in filling some holes in my Liberty Head nickel and Standing Liberty quarter collections, as well as picking up this year’s American Silver Eagle and a few more mint and proof sets.   My daughter, now 7, is a less-focused collector, so she didn’t have the same level of prior planning, but was interested in expanding into other coin sets.

We arrived to find a small community center basketball court completely filled with vendors, with only enough space between the rows for two people to pass by one another.   Every variety of coin, currency and bullion seemed to be available, as well as some clay and metal artifacts and some stamps.   The first dealer we stopped at had a box of mixed tokens and over-sized coin replicas for $1 each; my daughter found a 3-1/2” replica of a 1916-D Mercury dime, which the dealer gave to her.  For that generosity, I sat down and went through his available Liberty Head nickels which, I was informed, were 50% off the listed price.  I found three well-worn specimens and a very nice 1883 “No Cents” example. The other items I purchased were the 2011 one-ounce American Silver Eagle, a pair of Standing Liberty quarters (years 1927 and 1929), the 1960 and 1961 Proof sets, and a Vespasian denarius silver coin.

My daughter gravitated towards one dealer whose wife was running their booth. They had a 3-ring binder with half dollars which attracted my daughter’s attention:  she started flipping through the pages, picking out various coins, and buying them individually (at a slight discount to their marked price: she may have received a slightly better deal if she had bundled them together).   All told, she purchased 5 half dollars from that dealer: a 1959 Franklin, a 1976-S Bicentennial Kennedy silver proof, a 1979 Kennedy, a 1982-S Proof, and a 2002-P Kennedy. Earlier, she had bought a 1865 “Fancy 5” Indian Head cent from the same dealer who sold me the Standing Liberty quarters.

As we were leaving, I ran into the former colleague whose son had received the Coin Advent Calendar.   It was good to see him again, as we were each laid off from our positions in 2010.