The Treasury of the Government of Ascension Island has issued a new coin commemorating the 275th anniversary of the composition of the patriotic song, “Rule Britannia.” The song originates from a poem written by James Thomson of the same name, which was set to music in 1740 by Thomas Arne. The song has always been strongly associated with the United Kingdom’s Royal Navy, but was also used by the British Army. This tune was first performed at Cliveden, the country home of Frederick Prince of Wales, father of HM King George III, on August 1, 1740. 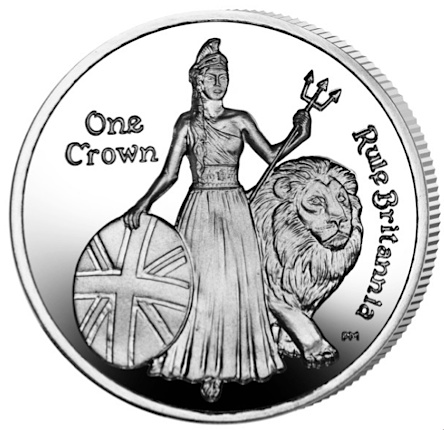 The female figure has featured on British coinage since the Roman era, but has been included more prominently on copper circulation coinage since the mid-half of the 17th century. In 2009, the representation of Britannia was removed from the United Kingdom’s 50 pence coin in favor of a modern representation of the Coat of Arms, but was returned to circulation coinage this year, on the £2 piece. 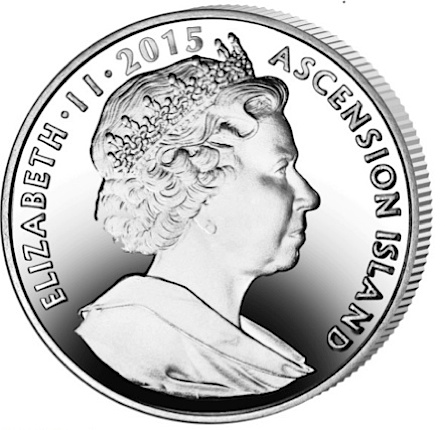 The coin is struck by the Pobjoy Mint UK, on behalf of the Treasury of the Government of Ascension. Britannia, the female personification of the British Isles, is known as a symbol of British unity, liberty, and strength, and is depicted on the reverse side of the coin. She is shown holding a shield in her right hand, displaying the Union Jack and standing beside a regal looking lion; her left hand holds a trident representing the superiority of the seas. The obverse of the coin features an effigy of Her Majesty Queen Elizabeth II created by Ian Rank-Broadley FRBS.

This new coin is available in cupro nickel (BU) and sterling silver (Proof). All coins are produced to the highest quality, with the precious metal Proof coins being struck four times to produce a mirror finish background and the design sculpted in striking relief. For more information on this and other coins offered by the Treasury of the Government of Ascension, please visit the Web site of the Pobjoy Mint. Information is offered in English, with international orders dispatched where applicable.