The government and treasury of Ascension have issued (21st June) new crown coins in titanium, which is a first for the treasury. The new coins feature a species indigenous to the region, the Ascension shrimp.

Endemic to only two small rock pools on Ascension Island, Procaris ascensionis is a species of shrimp which is in an extremely susceptible position. The two coastal rock pools in which this species can be found are set quite inland past the high tide mark, but it is possible for the underground pools to connect with the ocean. The larger of the two pools is only around 4.5 meters (14.7 feet) in diameter and around 46 centremetres (18.1 inches) in depth. The smallest shrimp are thought to spend most of the time hidden amongst the algae and crevices of the pool, but the larger shrimp spend more time in the open water. This particular species of shrimp is predatory and are equipped with specialised appendages which help it to trap its prey, despite the notion that the species is likely blind. 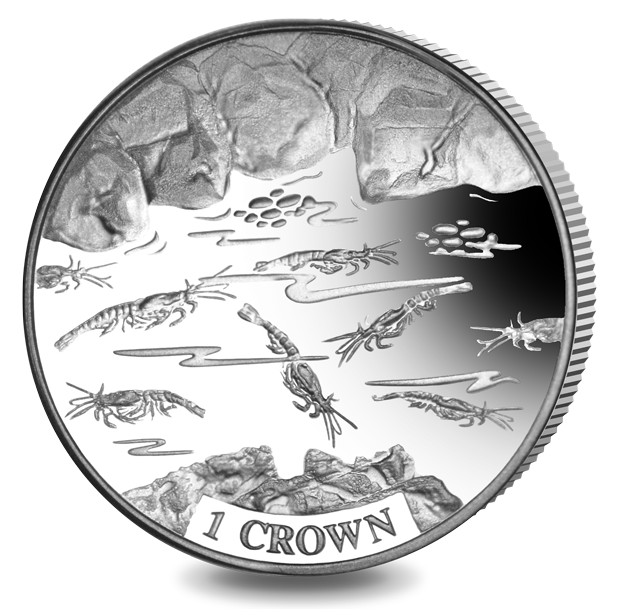 The coin is produced by the Pobjoy Mint at their facilities in Surrey on behalf of the treasury of Ascension. The coins are struck in both cupro-nickel and, for the first time, in titanium — which is tinted in a dusky pink to represent the colour of the Ascension shrimp. The design on the reverse of the coins depicts several of the Ascension shrimp swimming in a rock pool. The denomination of 1 CROWN is placed below the primary design. 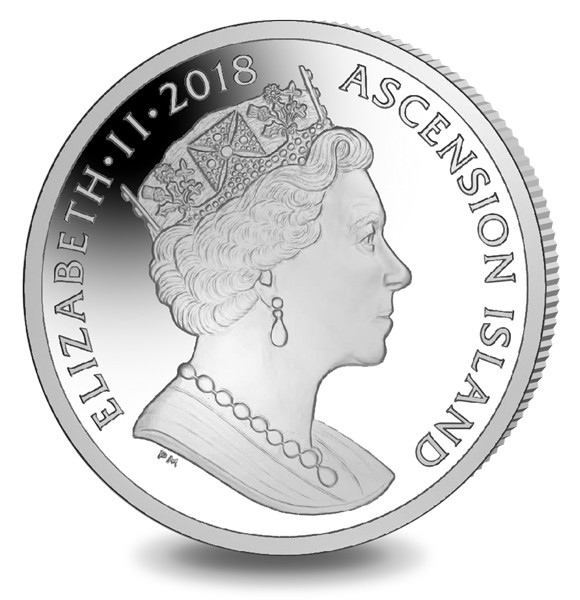 The obverse features an effigy of Her Majesty Queen Elizabeth II, which is an exclusive design of the Pobjoy Mint. The year of issue, 2018, is included in the legend placed around the Queen’s portrait. 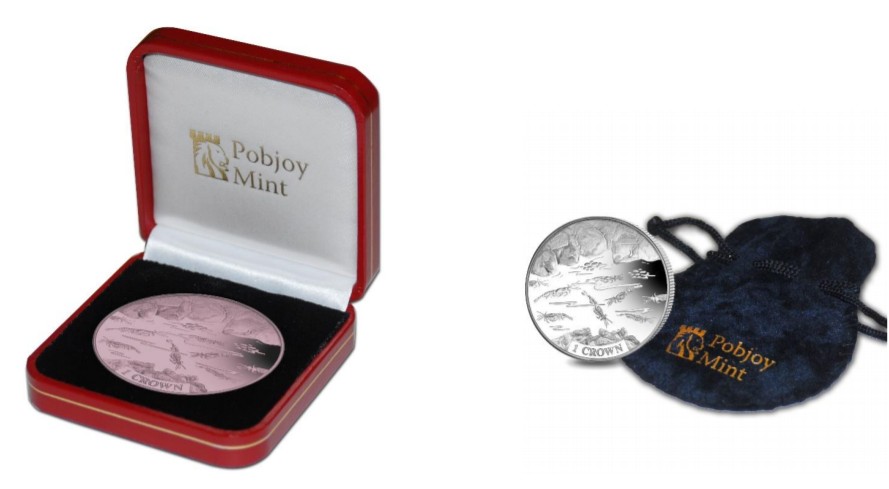 The titanium coins are shipped encapsulated in an acrylic capsule for protection and are housed in a custom-branded red presentation case, along with a certificate of authenticity. As titanium reacts differently with every strike, each dusky pink-tinted shrimp coin is technically different from one another and varies slightly in colour. There is also a lined effect that is present on the coins — a unique feature of this metal. The cupro-nickel examples are presented in a branded cloth protective pouch. For additional information on these coins and other products issued by the treasury of Ascension, please visit the website of the Pobjoy Mint.