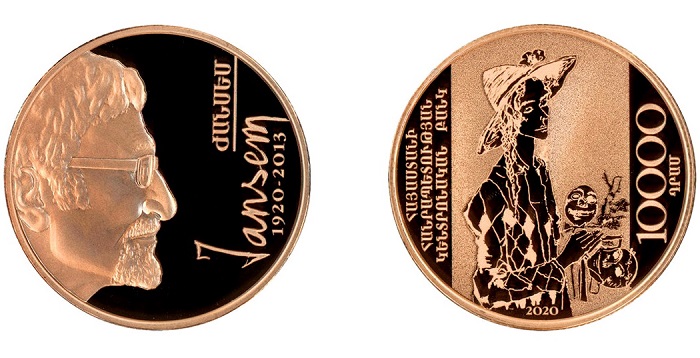 The Central Bank of Armenia has issued new collector coins dedicated to the prominent Armenian artist Hovhannes “Jean” Semerdjian Jansem (1920–2013) during the year of his birth centenary anniversary. Jansem is remembered as a French-Armenian painter who became a foreign member of the National Academy of Sciences of the Republic of Armenia. Hovhannes Semerdjian was born in 1920 in the small town of Selez near present-day Bursa, Turkey, and into a family of silk cloth producers (the primary product in the area for generations). However, in 1922, the family migrated to Salonica, Greece, in fear of reprisals of the Ottomans against Armenians. In 1931, Semerdjian’s father died, and it was at this time that his widowed mother decided to move the family to Paris to find proper medical care for her son’s broken leg, settling in the Paris suburb of Issy-les-Moulineaux. 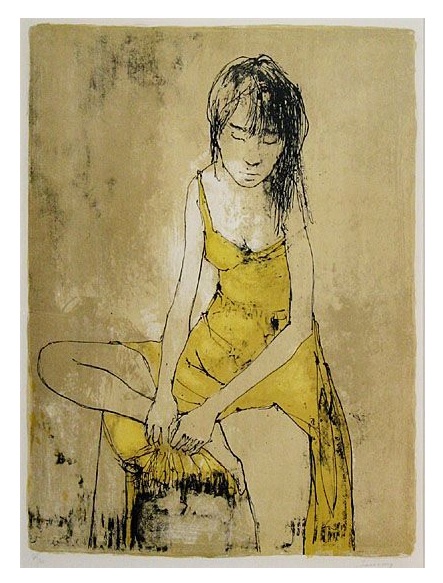 Semerdjian was able to secure a place at the Montparnasse Free Academy, and in 1939 he graduated from the Paris High School of Decorative Arts. Semerdjian, now known as Jansem, began creating dozens of artworks with national motifs, thematic groups of paintings and portraits. His distinctive works are realistic and penetrated a unique human awareness. His expressive light colours, in combination with the sensual drawing, made faces and movements of the represented figures more impressive and offered an insight into the aura of painting. Jansem’s primary sources of inspiration were Goya and Brueghel, and with his earlier works, his mother and children were the main focuses. Jansem’s works have been characterised as miserablist, or, an artist of unfortunate people.

It wasn’t until 1973 when Jansem visited his ancestral homeland of Armenia for the first time. On the 10th March 2010, on the day after Jansem’s 90th birthday and during an official visit to France, the president of Armenia awarded Jansem his country’s medal of honour and commented:

Our nation is proud of you and values highly your art. While living outside Armenia, you have made our country more recognisable, extending our nation’s good name all over the world.

The collector coins, gold and silver, are produced by the Mint of Lithuania at their facilities in Vilnius, on behalf of the Central Bank of Armenia.

100-dram silver: The obverse side of the rectangular-shaped and colour coins include an image of the artist shown in a three-quarter pose facing right and in a pensive mood. To his right is a representation of his work entitled Woman in Yellow Dress, which was created in 1968. The reverse side, a fragment from his painting entitled Poppies, created in 1982. The coins are designed by Lusine Lalayan.

1,000-dram gold: The obverse side depicts the artist Jansem in profile facing to the right. Next to his image is his signature in facsimile, along with his year of birth and death in a vertical direction. On the reverse is a rendition of his work entitled Woman with Masks, created in 1978. The coin is designed by Eduard Kurghinyan.