On October 13, 2011, a bill was introduced in the House of Representatives which seeks to authorize commemorative silver dollars to be issued for the 75th Anniversary of the establishment of the March of Dimes. If approved, the coins would be issued in a quantity of up to 500,000 during the 2014 calendar year. 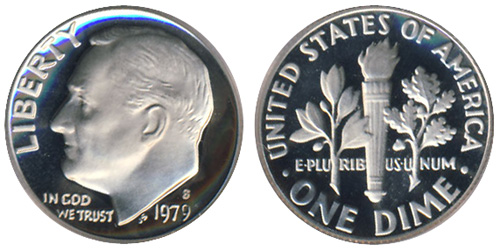 The bill H.R. 3187, titled ‘March of Dimes Commemorative Coin Act of 2011′ was introduced by Rep Bob Dold of Illinois and has 19 cosponsors. After being introduced, the bill was referred to House Budget.

The designs would be “emblematic of the mission and programs of the March of Dimes, and its distinguished record of generating Americans’ support to protect our children’s health.” Additional guidance provided in the legislation indicates that the coins shall “contain motifs that represent the past, present and future” of the organization and “its role as champion for all babies.” The final designs would be selected by the Secretary of the Treasury  after consultation with the March of Dimes, the Commission of Fine Arts, and review by the Citizens Coinage Advisory Committee.

Both proof and uncirculated quality coins would be issued, with at least one facility of the United States Mint used to strike each version of the coins.

The sales price would be determined based on the face value of the coins, the cost of designing and issuing the coins, and a surcharge of $10 per coin. The surcharges would be distributed to the March of Dimes to help finance research, education, and services aimed at improving the health of women, infants, and children.

The March of Dimes was founded by President Franklin D. Roosevelt as the National Foundation for Infantile Paralysis on January 3, 1938. After Roosevelt’s passing in 1945, his portrait would be featured on the dime due to his association with the organization and its annual fund raising campaign. The Roosevelt Dime has been issued from 1946 to present.