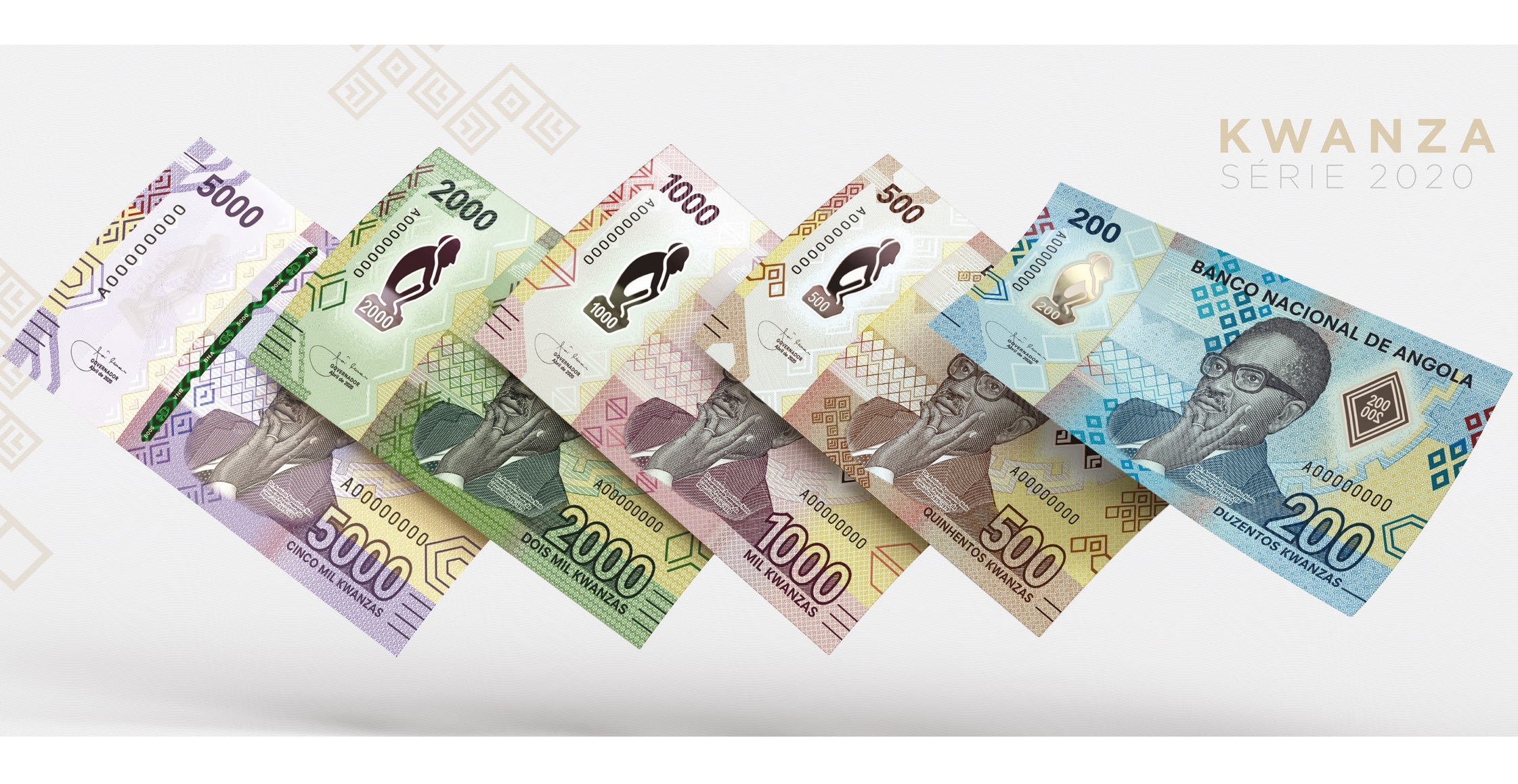 The Banco Nacional de Angola has announced (7th July) that a new series of banknotes will be gradually introduced beginning on the 30th July. Coinciding with the Southern African’s 45th anniversary of independence, which was gained from Portugal in 1975, the new series’ design focuses on the collective achievements of all Angolans, inspired by an independent Angola and highlighting landscapes of unique beauty and elements of the country’s cultural identity.

The current series of kwanza banknotes were released in 2012, and the bank has reiterated the timeframe between the last series and introducing a new series enables them to incorporate new security features and in the case of this new series, produce four of the denominations on a polymer substrate. As a consistent design element, all new banknotes on the face will include a portrait of Angola’s first President of the Republic, Dr. António Agostinho Neto, who proclaimed national independence on the 11th November 1975. To the left of the president’s portrait, a stylised design of “the thinker” will be visible as part of the windowed portion of the notes. On the back, and as part of new security features, the lyrics of the National Anthem “Angola Avante” will be applied in various placements as micro-text. The country’s crest will also be visible on the lower right corner.

The new banknote series will include the current denominations beginning with 200 kwanzas (USD .35) and will be the first value issued. After that, the 500, 1,000, and 2,000-kwanza (USD 3.50) denominations will be issued later this year. The 5,000-kwanza is scheduled for issue in early 2021 and will be printed on paper as is the current version. A legal provision for the issue and release of a 10,000-kwanza banknote denomination has been planned for and will be issued only as and when the Banco Nacional deems it appropriate and relevant. The banknotes will incorporate elements of high security associated with polymer. The Banco Nacional chose this substrate as Angolan notes usually experience an intensive use or handling before being returned to the cash processing system. It is also expected that due to the longevity of polymer notes — usually up to four times longer than their paper equivalent, this is expected to save the Banco Nacional the cost of greater banknote production over time.

The first banknote denomination scheduled for release on the 30th July. Subsequently, the remaining denominations will follow accordingly:

The Banco Nacional will release more detailed public consumer information beginning with the 200-kwanza banknote — which will describe the design, characteristics, and security elements closer to each new note’s scheduled release date. The new notes will co-circulate with the existing series dated 2012, until the 31st December 2021. The Banco Nacional de Angola will publish information of the withdrawal dates of the oldest notes in due course. For more information about Angola’s banknotes and coins, please visit their website.