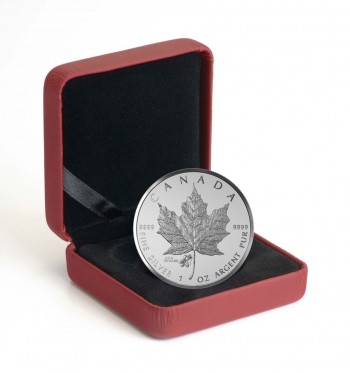 The Royal Canadian Mint has launched a new maple leaf coin in honor of the World’s Fair of Money, the American Numismatic Association’s  coin convention held in Chicago. Taking place from the 11th to the 15th of August this year, the ANA Chicago is by far the largest coin convention in North America and is one of the most popular world venues for the avid coin collector or investor.

With a bourse of more than 1000 tables and dealers from all over the world, the World’s Fair of Money is an experience that every coin collector eagerly looks forward to annually. As part of the show, there are presentations and educational exhibitions, including a family-friendly “kids zone” interactive area. Aside from auctions and an enjoyable ANA banquet for show organizers and participants, the ANA is one of the shows on “the circuit” not often missed by beginning collectors or serious numismatists. On this occasion, the Royal Canadian Mint has issued a special silver maple leaf coin which includes a privy mark on the reverse side. Since its introduction in 1988, the Silver Maple Leaf has become one of the most well-known bullion investment coins in the world. Investors and collectors alike have prized it for its quality, purity, and value, along with the intricacy of its design. The state flower of Illinois, the violet, has been placed just to the left of the stem of the maple leaf, along with the text “ANA CHICAGO” to the left of the flower itself. 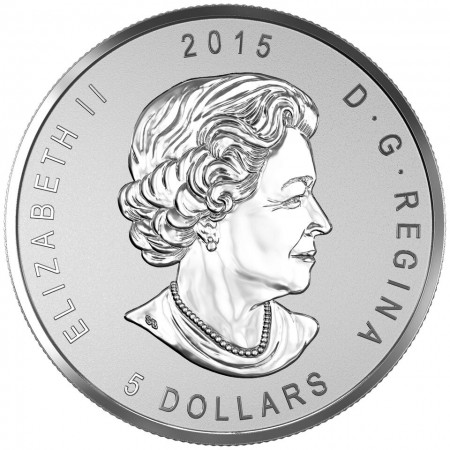 The coin is also a special issue as it is struck to reverse proof quality, which means the relief is polished against a frosted surface instead of the usual frosted relief against a polished background. The obverse includes the familiar effigy of Queen Elizabeth II designed by Canadian artist Susanna Blunt, which has been used on most Canadian coinage since 2003. The denomination appears on the obverse along with the year of issue.

The Royal Canadian Mint will be present at the ANA and is sure to be a primary attraction for many collectors of modern coinage. The coin is available from RCM retail boutiques and from authorized dealers and distributors. For more information on this and other coins offered by the Royal Canadian Mint, please visit their Web site. Information is offered in English & French, with international orders dispatched where applicable.