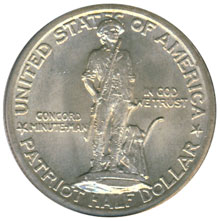 Last week, the American Numismatic Association (ANA) World’s Fair of Money convention was held in Boston.  This is one of the largest coin shows in the country each year, with hundreds of dealers hosting booths on the bourse floor.

I had a conversation there with a physical metals trader for Morgan Stanley.  He assists company customers who want to purchase gold, silver, platinum, or palladium.  He told me that in the past about 35% of the sales he made were for delivery of physical metals, with the balance for storage, mostly in unallocated accounts.  However, that ratio has changed in the past few months, where about 50% of his recent sales have been for physical delivery.  He suggested that a greater number of his clients now have concerns about whether they could ever take delivery of precious metals stored in unallocated accounts.

The summer ANA conventions are so large and well attended that it is difficult for dealers to lose money at this show.  However, that does not mean that this year’s activity level made all dealers happy.  Customer demand was noticeably weak compared to most major shows in the past three years.  Three long-time dealers who are right on top of the market gave me some sage observations on the pulse of activity.  The first said that it was one of his worst ANA shows of the more than 25 that he has worked.  Another said that the show on a scale of one to ten rated only one-half!  The third (with booths at more than 30 ANA summer shows) said simply, “Well, it’s not my worst ANA.”

Because of generally slow activity, some dealers became much more reasonable on their prices.  That provided a number of opportunities for bargain hunters like me.  I was able to acquire a number of pieces for customer want lists from dealers who typically would price nice coins at levels too high for me to consider them a good value.

In particular, there were plentiful inventories of common and better date classic US gold coins.  I was able to acquire some pieces at prices that surprised other dealers.  Better date Morgan dollars and Peace dollars were also more affordable than in the past couple of years.

The handful of nice classic US silver commemoratives that I have identified as relative bargains were difficult to find, perhaps even more than in the recent past.  Other areas where it was difficult to find nice coins (no matter the price) were Mint State-63 and higher Barber coinage and Standing Liberty quarters.

In general, dealers lamented about a lack of demand for key date US coins.  The entire Lincoln cent series is retreating from levels that peaked in early 2009.  From discussions with coin dealers, there seems to be a lack of fresh collectors such as occurred after the introduction of Statehood quarters and the Sacagawea dollars.  As a result, other popular products purchased by newer numismatists such as proof sets and mint sets are just not moving like they have in years past.

Another factor in market demand is the needs of companies who market to the general public.  A few years ago, a lot of small size US currency and generic circulated early 20th century coinage was in strong demand.  Today, there just aren’t any aggressive wholesale buyers to speak of.  Some of this no doubt reflects consumers tightening their purse strings and avoiding the purchase of such discretionary goods.