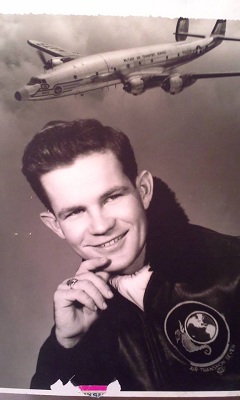 My grandfather, “Papa,” while he was in the Navy.

This weekend I had the pleasure of visiting my grandmother in Tennessee for a short stay. Growing up, it felt as if I spent as much time at her and my grandfather’s house as I did my own, and the summers were filled with climbing trees in their backyard. Thanksgiving was a wild affair with dozens of people crammed into the house and as many dishes to eat, and Christmas would always see the big fir tree on the sidewalk covered in huge, thick, rainbow Christmas lights. That house, that yard, is one of “those places” that is as integral a part of you as the people who make it home. 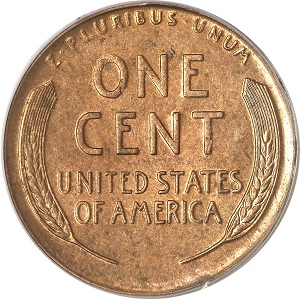 Years later, my grandfather has since passed on, and I don’t find myself visiting as often as I used to. Siblings have grown up, gotten married, and it’s harder to get the family together every year. Still, I decided I wanted to go for no other reason than to go, and so my sister, my husband, and I drove up to the old house my father grew up in. 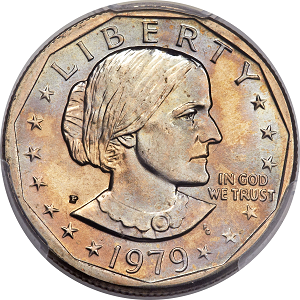 A Susan B. Anthony dollar.

We spent the entire weekend chatting and doing a few chores for my grandmother that she needed help with. I cherish all the time I have with my grandmother, and I wish I had been able to spend such time with my grandfather, as an adult. But he passed away just as I and my siblings were on the brink of making that transition, and so I never got to spend time just talking to him, one-on-one. As I was in the downstairs basement on Saturday morning, however, I noticed some panels hung on the wall that I had never seen before—filled with coins. I was surprised, and I analyzed them briefly. One was a selection of Lincoln cents. Another had a seemingly random assortment of coins—a few large dollars, a Winged Mercury, a Wheat Penny…nothing in very good condition. But I was enthralled, and my sister teased that I should have brought my copy of the “Red Book” along to analyze the coins. 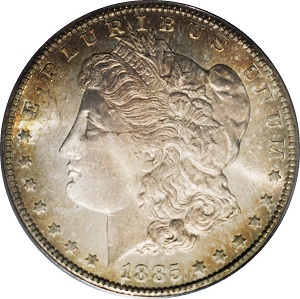 The next day brought more discoveries. My sister uncovered some leather albums of the Canadian commemorative Olympic series. I reported this to my grandmother in surprise (I never knew my grandfather was a numismatist!) and she led us back to her closet where we unearthed a small wooden chest with a ship burnt onto the top. Inside were some empty coin slabs…and some coin cases filled with treasure.

There were rolls of nickels and dimes in their original paper tubes, but in the plastic cases were foreign coins—kroner, francs, Canadian pennies, and some Middle Eastern coins I did not recognize—as well as Susan B. Anthony dollars and Sacagawea dollars, along with a few Kennedy and Franklin half dollars. There was a single Walking Liberty coin and several Morgan dollars. I spent some time just looking at them, regretting that I had never had the chance to talk to my grandfather about these coins, ask him where he gotten them, and hear the stories of his collections. 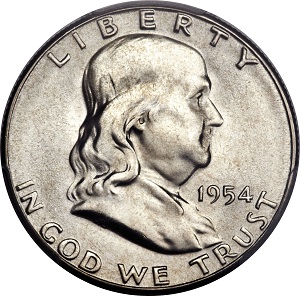 A Franklin half dollar.

When I returned home I revealed the discovery to my father, who affirmed that he and his siblings had also all had coin collections growing up, and that, regrettably, he had sold his. “If I had known you would be doing the job you are now,” he told me, “I would have kept them.” Well, hind sight is 20-20. Even I could never have guessed that I would be deep in the world of numismatics as I am today. But I was moved to discover, even in retrospect, something my grandfather and I have in common. And it makes me feel, even after the fact, a little closer to him.