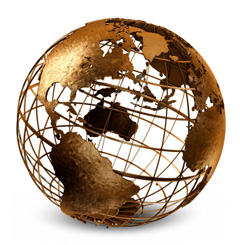 The politicians in Europe, the US, and elsewhere are facing financial problems so bad that, in my judgment, they are long past the point of no return.  That means that there is no easy or comfortable way to undo the existing market distortions and adopt sensible long-lasting solutions.  Some kind of financial catastrophe is inevitable.  It will hurt many more people that you might think and completely devastate far too many.  The longer it takes to crash markets, the worse it will hurt people.

Why have politicians let things get so bad?  And why are they continuing to add to the existing problems rather than take positive actions?  The reason is that most Americans and a lot of people around the world are their own worst enemies!

Here is a good demonstration of that point.  Around mid-April, McClatchy-Marist conducted a poll of Americans.  Of the respondents who identified themselves as conservative, 78% agreed that the country “is going in the wrong direction.”  Of these conservative respondents, 68% identified reducing the federal budget deficit as the top priority.

That’s the problem!  Americans think that federal expenditures are too large, yet are opposed to reducing any of the categories that account for the lion’s share of the total.  That is the dilemma that the politicians face.  People are clamoring for lower government spending, but are against reducing it in the categories where the bulk of funds are being spent!  One thing is for sure—the politicians don’t want to ruin their careers by seriously cutting spending.  As a result, the prospects for fiscal restraint are almost non-existent—even though the US government is close to financial collapse.

As for how bad the financial problems are getting, I described last week how the major governments, central banks, and multinational banks have effectively declared financial war on the people of the world.

Even civil liberties are at further peril.  In November, Sen. Carl Levin introduced S. 1867, which was the annual military appropriations legislation.  It passed the Senate by a vote of 93-7 and is awaiting compromise with the different version that passed the House of Representatives.  Buried in this 925-page bill on pages 425-427 (Sections 1031-1033) are provisions to permit the US military to seize people around the world who might aid or support those who are opposed to US military actions or to actions of “coalition partners.”  This is vague enough to include people who generally are opposed to actions taken by any of these governments.  The bill further suspends the right of habeus corpus under US law so that people seized under these provisions could be held indefinitely without trial.  American citizens and legal registered aliens who are on US soil when committing such acts, if they are constitutional, are exempt from being treated this way—for the time being.

It used to be that if Americans in other countries broke the laws of those nations, it did not constitute a violation of US law.  This bill, if enacted as is, would further expand the US government’s ability to unilaterally apprehend anyone around the world and hold them indefinitely without trial, even if they were innocent of the charges or even if their actions otherwise broke no US laws.

It would only take a few insignificant changes in US law to expand the reach of the US military to include US citizens and legal resident aliens on US soil.  Once a government begins expanding its scope, it rarely retreats.  In fact, it does tend to expand the scope even further.

Resistance to budget cuts are the same kinds of problems are facing governments in Europe, which is why it will be incredibly difficult to find agreement on adopting major austerity measures and fully implementing them.

Now, as bad as the world’s economies are getting, there is all the more reason for the US government and its allies and trading partners to want gold and silver prices to be suppressed.  Guess what, that is exactly what is happening right now.  Today, I took advantage of what I expect to be a temporary opportunity by adding to my personal holdings of precious metals.  The markets may not yet have hit bottom, but I expect to be smiling by next spring at the latest.

By the way, my column last week was written in strong words.  I intended to wake people up to what is happening now and what is coming in the future.  Usually, when someone writes or speaks so forcefully, many people would have a natural aversion to taking the message to heart.  To my surprise, I have received overwhelming compliments on what I wrote.  There were a few comments posted on last week’s article that tried to belittle the message I proclaimed.

First, rather than attack the message, one writer attacked my motive for writing my column.  By pretending that I was only writing to scare people, that would give him or her an excuse to ignore the message.

The second comment agreed with much of what I wrote but questioned my motives as well.  In effect, he or she said I only wrote it as a means to sell more gold and silver bullion.  This commentator probably has not read my previous columns where I explained that selling gold and silver bullion at competitive prices generates so little profit that it really isn’t worth advertising to do so.  If my motive were to increase profits of my companies, I would either be advocating the purchase of numismatic coins or that people sell their bullion.  Yes, I seriously hoped that people would step up and purchase silver and gold, but hoping to make a financial killing by doing so was not part of my motivation.

The third commentator stated things I did not put in my article, namely that I advocated that people buy gold at the last major market peak in December 1979 (actually the peak occurred in January 1980).  When the market was peaking back then, my companies not only did not advocate that people purchase gold and silver, we suggested that people sell their trading positions, as I did personally.

The second point of the third comment actually confirms a point I made in the column.  At the peak in January 1980 (remember, the price of gold back then only closed above $700 for four days), a purchase of gold proved to be financially better (actually, less worse) than buying silver.  From the peak, the price of gold only fell about 2/3, while silver dropped more than 90% (this all ignores the effect of inflation of the currency).  Therefore, if someone just had to buy precious metals at that time, my recommendation to acquire gold and not silver on the basis of the gold/silver ratio at the time was correct.  The third commentator went on to make other sage observations, as do most of those who comment on my columns.