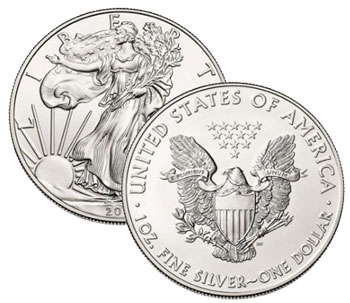 According to information provided earlier, the US Mint is offering the Silver Eagles to authorized purchasers under their standard allocation program. The program has been used to effectively ration the bullion coins when the available supply falls short of demand.

The 2015 Gold Eagles were not subject to allocation since the US Mint anticipated having an ample supply available. The Mint will begin issuing any remaining balance of 2014-dated Gold Eagles on a fixed ratio basis for orders placed by authorized purchasers from January 20.

Last year, the US Mint recorded total Gold Eagle sales of 91,500 ounces during the full month of January. For the full year, sales reached 524,000 ounces, representing a decline of 38.8% compared to the prior year.