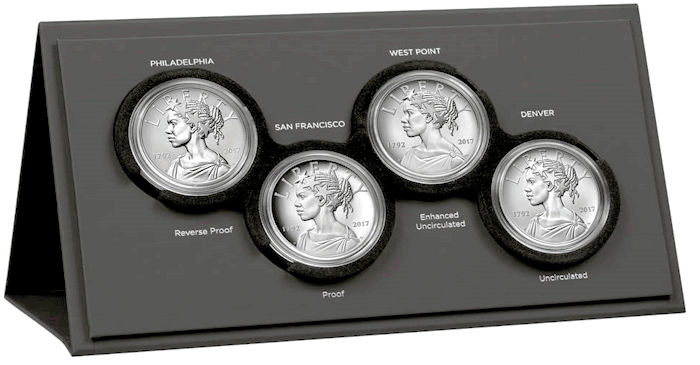 The United States Mint will begin accepting orders for the American Liberty 225th Anniversary Silver Four-Medal Set (product code 17XD) today at noon Eastern Time (ET). The set is the fourth and final product released this year to mark this milestone in the bureau’s history.

Minted in 99.9 percent silver, each medal in this set bears a unique finish and mint mark of the respective United States Mint facility where it was produced: 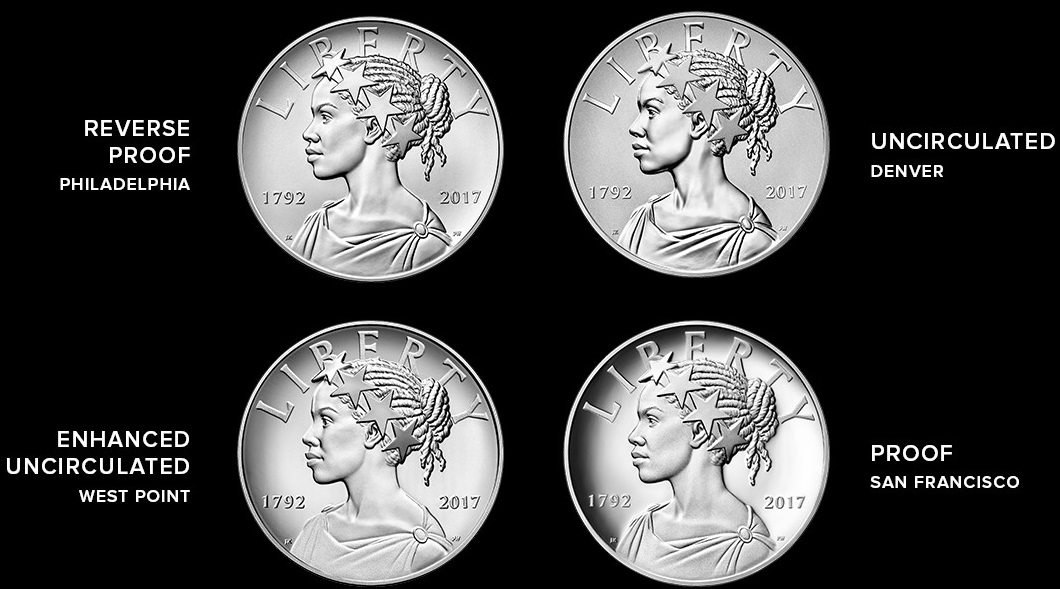 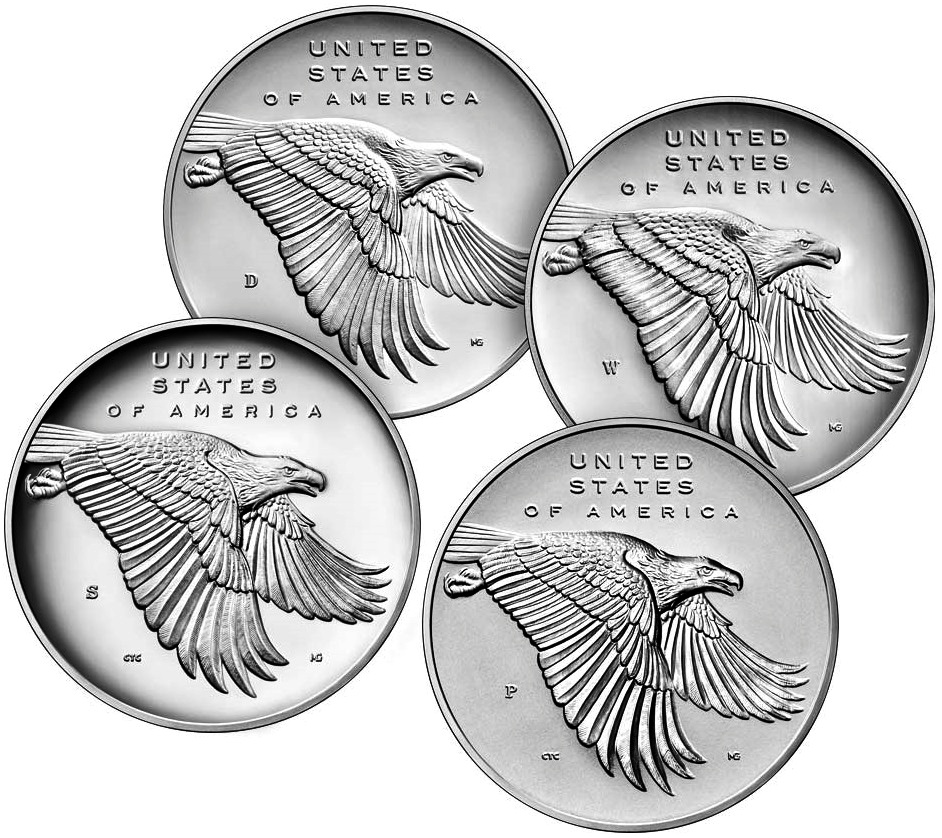 The medals’ reverse (tails), by AIP designer Chris Costello, depicts a bold and powerful eagle in flight, with eyes toward opportunity and a determination to attain it. The inscription is UNITED STATES OF AMERICA. United States Mint sculptor-engraver Michael Gaudioso sculpted the design. 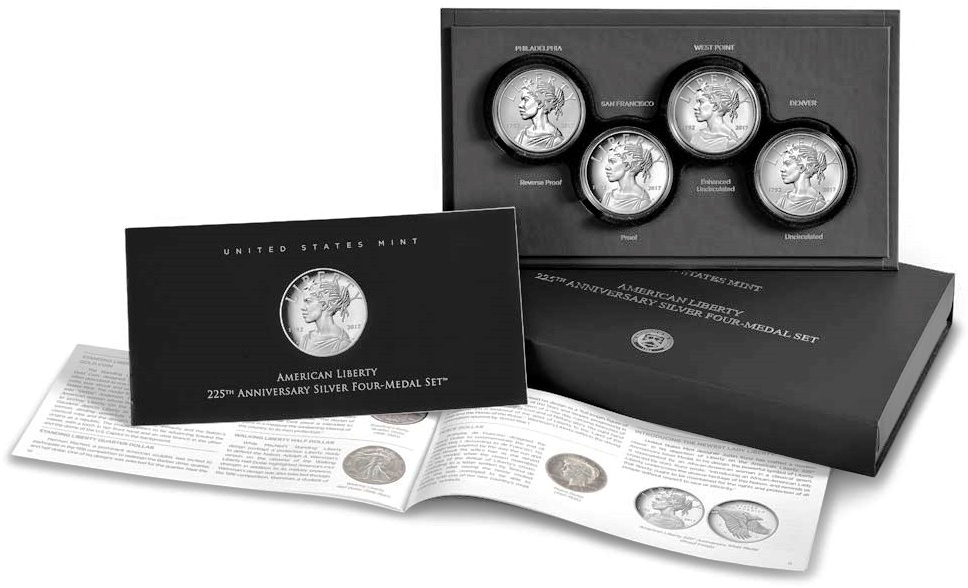 All four medals are encapsulated and placed in a custom-designed black presentation case, accompanied by a companion booklet.

The American Liberty 225th Anniversary Silver Four-Medal Set is priced at $199.95. To place an order, visit the Mint’s online catalog or call 1-800-USA-MINT (872-6468). Hearing- and speech-impaired customers with TTY equipment may order by calling 1-888-321-MINT (6468). Information on shipping options is available here.

About the United States Mint
The United States Mint was created by Congress in 1792 and became part of the Department of the Treasury in 1873.  It is the Nation’s sole manufacturer of legal tender coinage and is responsible for producing circulating coinage for the Nation to conduct its trade and commerce.  The United States Mint also produces numismatic products, including Proof, Uncirculated, and commemorative coins; Congressional Gold Medals; and silver and gold bullion coins.  Its numismatic programs are self-sustaining and operate at no cost to taxpayers. The Mint is celebrating its 225th anniversary in 2017 (#USMint225).