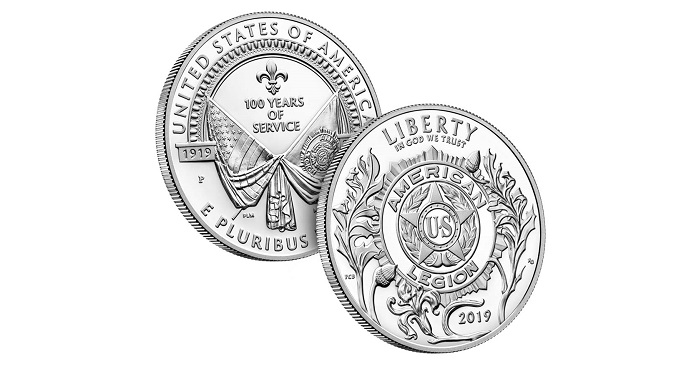 Priced at $99.95, this special set consists of one American Legion Proof silver dollar and one American Veterans silver medal, both of which contain 99.9 percent silver, and production is limited to 10,000 units. The medal will be struck in silver only for this set and will not be struck in silver again. A bronze version of the medal is expected to be available in the future. A certificate of authenticity is included with each set. 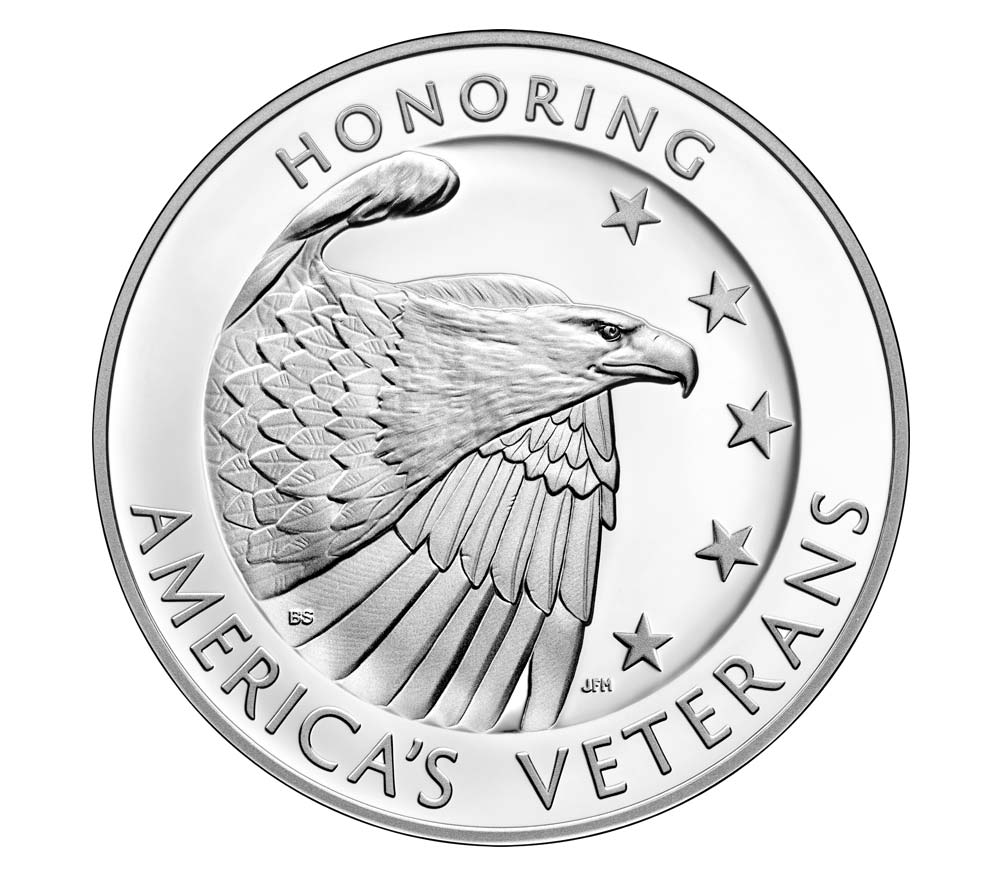 The obverse design of the silver medal portrays a bald eagle spreading its wings as it prepares for flight, suggesting the initiative, determination, and personal courage required by those who choose to serve in our Nation’s Armed Forces. The five stars represent the five branches of the U.S. Armed Services. The inscription HONORING AMERICA’S VETERANS encircles the design. 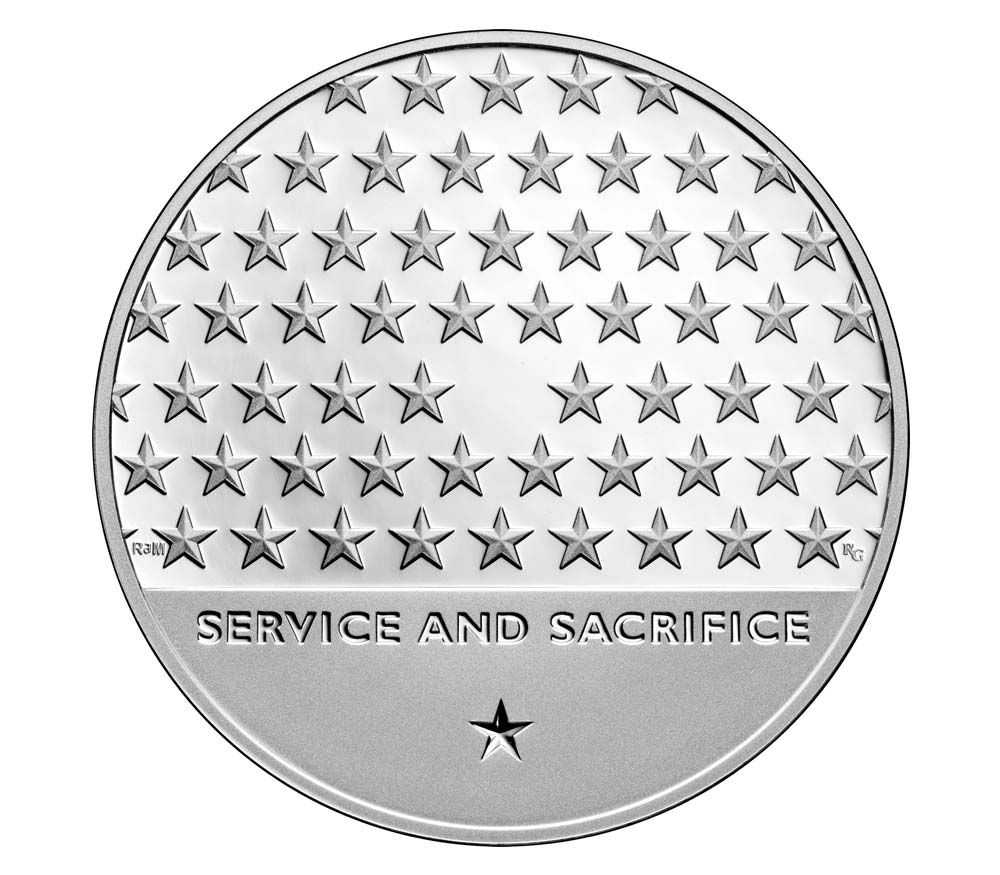 The reverse design depicts a field of stars symbolizing all American veterans — past, present, and future. A lone incused star below the field represents the veteran who has made the ultimate sacrifice in defending our country. The absence of this star in the field conveys the supreme sense of loss to the Nation. The inscription SERVICE AND SACRIFICE is featured. 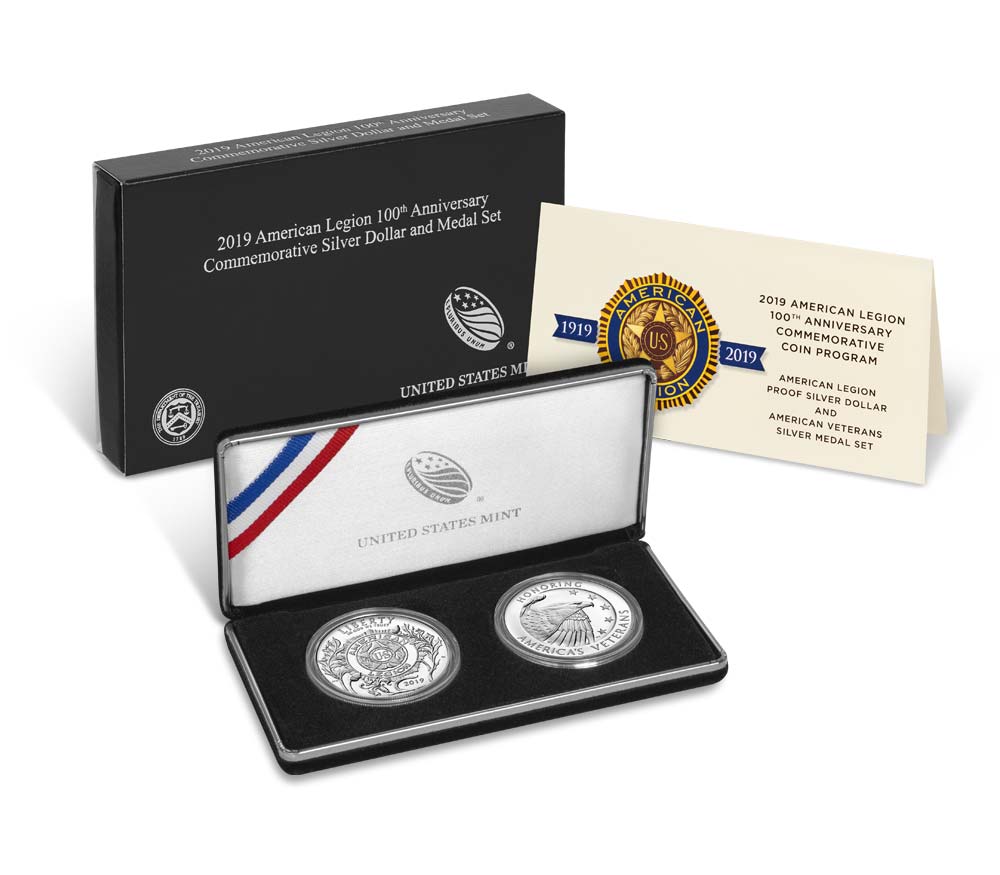 Public Law 115–65 authorized the American Legion 100th Anniversary Commemorative Coin Program. Coin prices include surcharges of $35 for each gold coin, $10 for each $1 silver coin, and $5 for each half-dollar coin. Surcharges collected from all coin sales are authorized to be paid to the American Legion to support the Legion’s programs for veterans, members of the Armed Forces, and other purposes specified by the authorizing legislation.