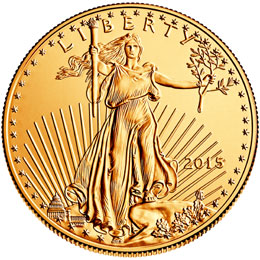 For the first quarter of 2015, Gold Eagle bullion sales reached 146,000 ounces. This figure is up slightly compared to the year ago period when sales had reached 143,500 ounces.