At a ceremony held on May 20, 2015 in Emancipation Hall at the U.S. Capitol Visitor Center, the American Fighter Aces were collectively awarded the Congressional Gold Medal.

Authorized under Public Law 113-106, the medal was awarded to the American Fighter Aces in recognition of their heroic service to the United States throughout the history of aviation warfare. American Fighter Aces are military pilots credited with destroying five or more confirmed enemy aircraft in aerial combat during a war or conflict in which the U.S. Armed Forces have participated. Aces have served in World War I, World War II, the Korean War, and the Vietnam War. More than 60,000 fighter pilots have flown since World War I, but fewer than 1,500 are called Fighter Aces. 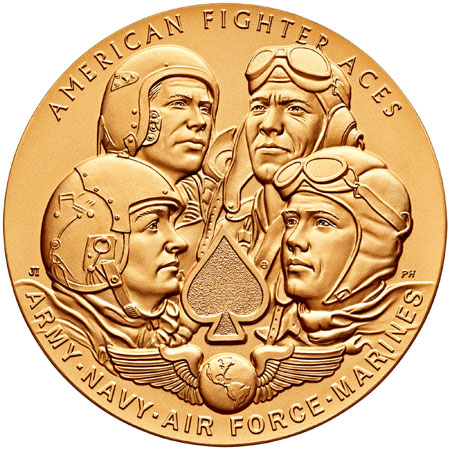 The medal’s obverse design features four pilots, representing World War I, World War II, the Korean War, and the Vietnam War. At center is an ace of spades and below are military wings with a centered globe, symbolizing the global impact of the group’s service. Inscriptions are “AMERICAN FIGHTER ACES,” “ARMY,” “NAVY,” “AIR FORCE,” and “MARINES.” 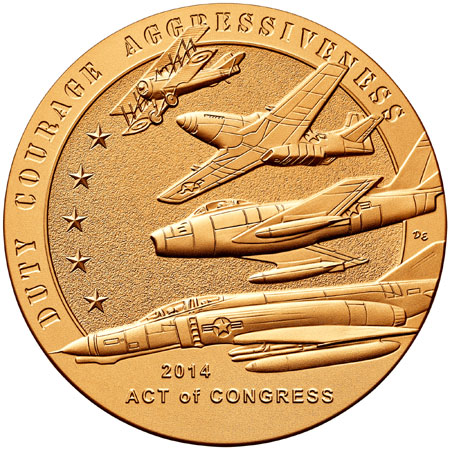