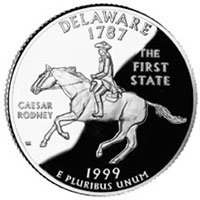 The hobby of coin collecting and the status of our circulating coinage have changed a lot in the past decade, and much of this can be attributed to the 50 State Quarters Program. Prior to launch some had considered the program to be a gamble, but by its conclusion it was heralded as the most successful numismatic program in history. It inspired a new generation of collectors, brought millions of newcomers to the hobby, and generated extra revenue of between $2.7 to $2.9 billion through seigniorage.

In 2008, with the assumption that success breeds success, Congress passed “America’s Beautiful National Parks Quarter Dollar Coin Act” which mandates the production of a new series of quarters showcasing national parks or sites from each state, territory and the District of Columbia. This new law ensures  constantly changing designs on the quarter until 2021, as well as a provision that lets the Secretary of the Treasury renew the program for 11 more years with another set of designs.

While the previous State Quarter program was embraced by the numismatic community, America the Beautiful Quarters have received mixed reviews by collectors. I believe the apathy toward this new program may possibly grow for several reasons:

1) People want some sense of stability in their coinage and are quite frankly tired of new quarters. It may be boring, but there is something comforting about today’s dime looking very much like the ones my grandfather used.

2) It’s no longer an original idea. It’s a sequel. Almost a corollary to the point above, change can be exciting in the short term but exhausting in the long term.

3) People like to collect familiar things. Who didn’t take notice when their current state or birth state came out in the State Quarter series? People understand and care about states because that is “home”. However, quite unfortunately, most people are not very aware of our national parks- even those close to home. As a result, many people will feel no connection to these quarters and, hence, feel no need to collect them.

4) As commerce becomes more electronic and credit-based, consumers do not use nearly as much currency or coins. If it’s not in your hand, you don’t pay attention to it. 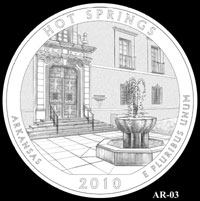 So, it stands to reason that the America the Beautiful Quarters program will be substantially less popular than the States Quarter program. This might not necessarily be a bad thing. It’s not nearly as fun or profitable to collect the same thing that everyone else is collecting. The secondary market continues to be saturated with State Quarters, and it’s doubtful that many of the quarters will hold much of a premium even fifty years down the road.

On the flip side, America the Beautiful Quarters might be initially easier to collect with little or no premium, but eventually it would be more likely that certain dates or designs emerge as winners.  The odds that this will happen seem to be naturally in the series favor. Out of the fifty-six coins, it seems likely that at least one will turn out to be special for various reasons (e.g. nice design, local popularity, low mintage, something of note happens at location, etc. ).

When this happens, I believe the numismatic market will start giving this series a second look and one or more coins will gain prominence. At this point, it will be natural for collectors to want to complete the series. However, the availability of mint state versions of these coins may be more limited than the prior State Quarters since fewer were initially collected or hoarded. Before you know it, the National Park Quarter series goes from being a loser to a winner! If this turns out to be the case, 2010 may just be a key date for a new set of collectible coins and the “America the Beautiful” Quarters may be the sleeper series of our generation. Now that is exciting!

GreanMonkey is a husband and wife team who have recently discovered a passion for coins. You can find Greanmonkey on eBay.