The America the Beautiful Quarters Program features a national park or federally designated site in each of the 50 states, 5 U.S. territories, and the District of Columbia. The program launched in 2010 and has featured five different designs per year. Rotating designs representing each site are featured on the reverse of circulating quarters. The obverse of the quarters have featured the 1932 portrait of George Washington by John Flanagan.

The design selection process for each coin involves the identification of source materials by a Federal official serving as a liaison for the site, which the US Mint uses to produce multiple design candidates. These candidates are submitted for review to the Secretary of the Interior, the chief executive of the host jurisdiction, the Commission of Fine Arts, and the Citizens Coinage Advisory Committee. Following these reviews, the United States Mint makes a final recommendation to the Secretary of the Treasury, who has the final authority to select designs.

This article covers the recommendations of the CFA. The final design selections for the 2014 America the Beautiful Quarters will not be known for a year or more. 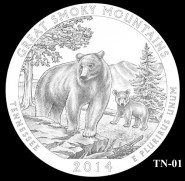 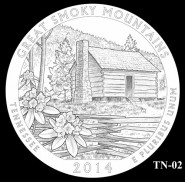 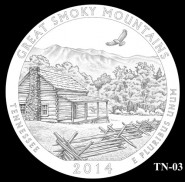 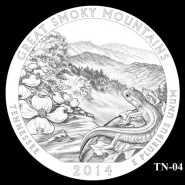 From the four different candidates for the Great Smoky Mountain National Park Quarter, the CFA recommended alternative TN-03, indicating that it was a strong design which conveyed the character of the park’s landscape. 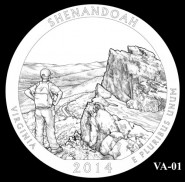 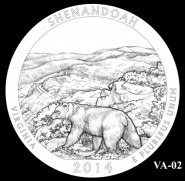 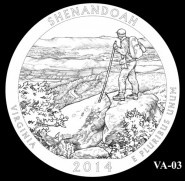 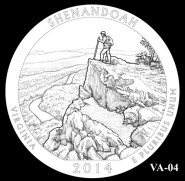 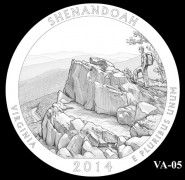 There were five different candidates provided for the Shenandoah National Park Quarter, with four incorporating the image of a hiker.  The CFA recommended alternative VA-05, as the best drawing which also deemphasized the figure of the hiker. The Commission requested careful study of the geometry of the road that appears in the composition. 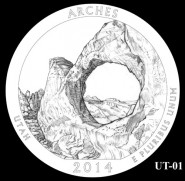 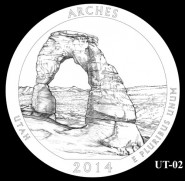 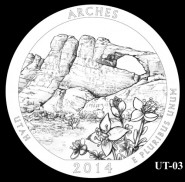 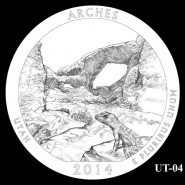 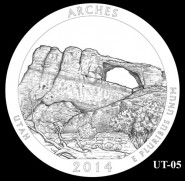 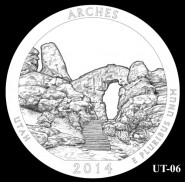 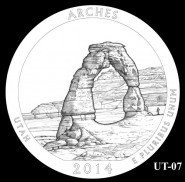 From the seven candidates provided for the Arches National Park Quarter, the CFA recommended alternative UT-01. The Commission commented that this design conveyed the sense of experiencing the park by presenting a legible landscape feature at the scale of a coin. 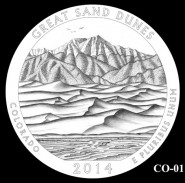 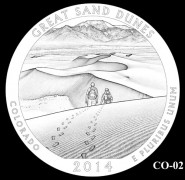 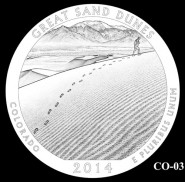 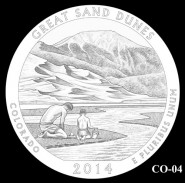 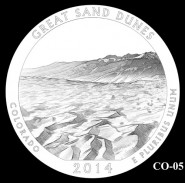 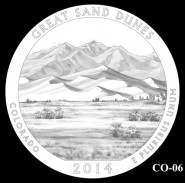 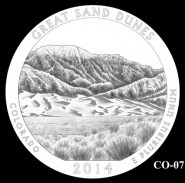 Seven different design candidates were provided by the US Mint for the Great Sand Dunes National Park in Colorado. The CFA recommended alternative CO-06, as it best conveyed the distinction between the foreground, midground, and background landscapes. 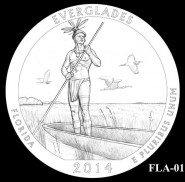 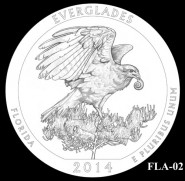 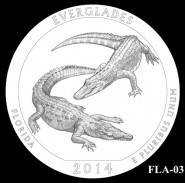 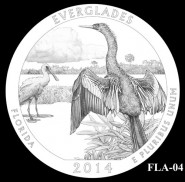 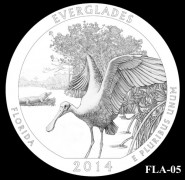 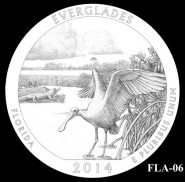 From the six candidates provided for the Florida Everglades National Park Quarter, the Commission recommended alternative FLA-04, as the most evocative of the park. The CFA did request that the cloud be removed from the background of this design.

The Citizens Coinage Advisory Committee is scheduled to review the designs for the 2014 America the Beautiful Quarters on November 27, 2012.