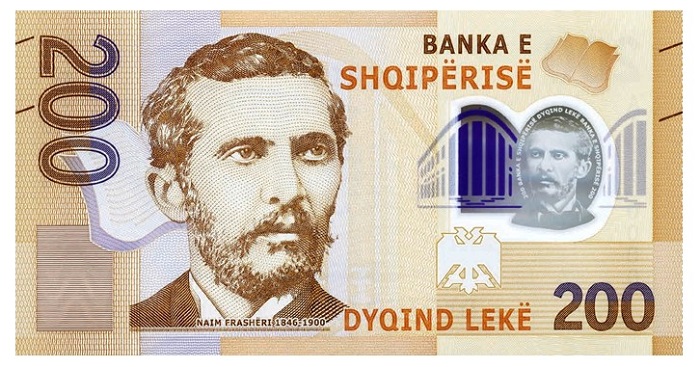 The theme of the new series has been retained from the current series introduced in 2007, but the new banknotes have been given a fresh look. The new themes evoke milestones in the history of the nation, along with social, economic, and political highlights, and the distinguished personalities who have made outstanding contributions to Albania. The main underlying idea for their appearance was to create a contemporary look and a design that strikes a balance between innovation and tradition. 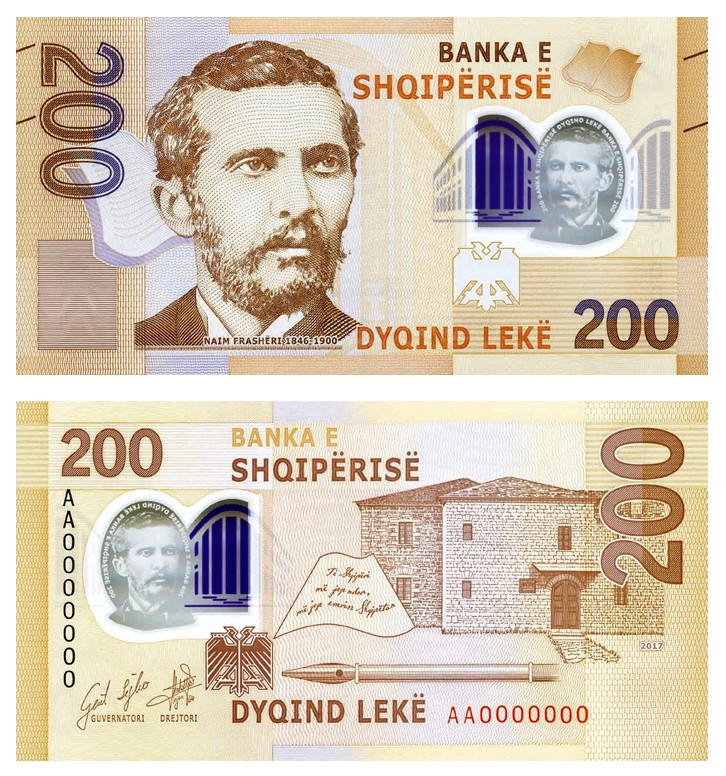 200-lekë, polymer, light brown — 125 by 65 millimetres: The face depicts a portrait of Naim Frasheri (1846–1900) and an open book in the background. The back includes an image of the home in Naim Frasheri’s birthplace, a leaf containing his verses ”You give me honour, give me the Albanian name,” his pen, and the signatures of the governor and director of the National Bank. 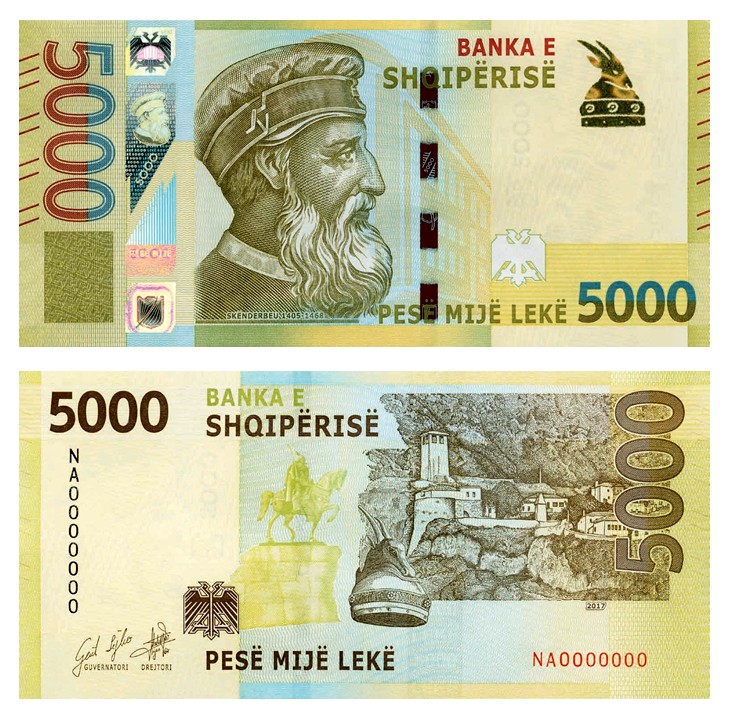 5,000-lekë, light green/yellow — 153 by 72 millimetres: The face depicts a portrait of Gjergj Kastrioti Skanderbeg,  an Albanian nobleman and military commander who led a rebellion against the Ottoman Empire in what is today Albania, North Macedonia, Kosovo, Montenegro, and Serbia. The work is attributed to the artist Gentile Bellini.

The Bank of Albania has stated that all existing banknotes will continue to circulate alongside the newly introduced banknotes. They will continue to be legal tender and serve as a means of payment. The Bank of Albania will inform the public in due time on the dates when each of the existing denominations — 200, 500, 1,000, 2,000, and 5,000-lekë — will cease to be legal tender. After ceasing to be legal tender, the existing banknotes will still retain their value and may be exchanged at face value for new banknotes. For additional information about Albanian banknotes, please visit their website.