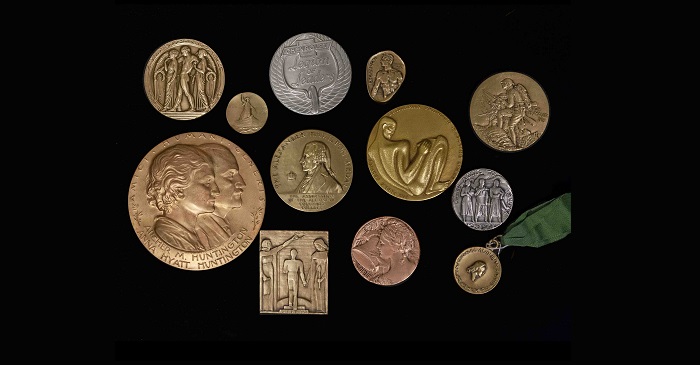 A selection of MACO medals.

The American Numismatic Society has announced the acquisition of the archives of the Medallic Art Company, one of America’s oldest and most important private mints.

The archive, which consists of more than 50,000 individual items such as medals, dies, galvanos, plaques, and paper and digital archives, was sold to the Society for $420,000 in bankruptcy proceedings of the Northwest Territorial Mint (NWTM) in a Seattle court. NWTM, which also operated a bullion business from its facilities in Dayton, Nevada, went bankrupt in 2016. The Society’s interest was initially focused on recovering MACO’s dies, which had been used for decades to manufacture famous award and art medals, but once the ANS realized the full extent of the holdings for sale, the main aim became to rescue everything that would allow the Society to reconstruct the history of this important company.

The Medallic Art Company was founded in New York City around 1907, and for more than a century it produced the work of America’s finest artists, as well as served countless non-profit and for-profit institutions in their desires to produce commemorative, award, and other medals. Until its demise, many of the most famous awards in the United States—including the Pulitzer Prize Medal, the Randolph Caldecott Medal, and many of the official medals of Presidential inaugurations—were produced at the Medallic Art Company. Scores of notable portraits were also made there, commissioned from many of the most famous artists of their day. The beautiful medals and larger galvanos they left represent an almost complete Who’s-Who of 20th-century America. In addition, many major companies had logos turned into medallic or sculptural plaques by MACO. 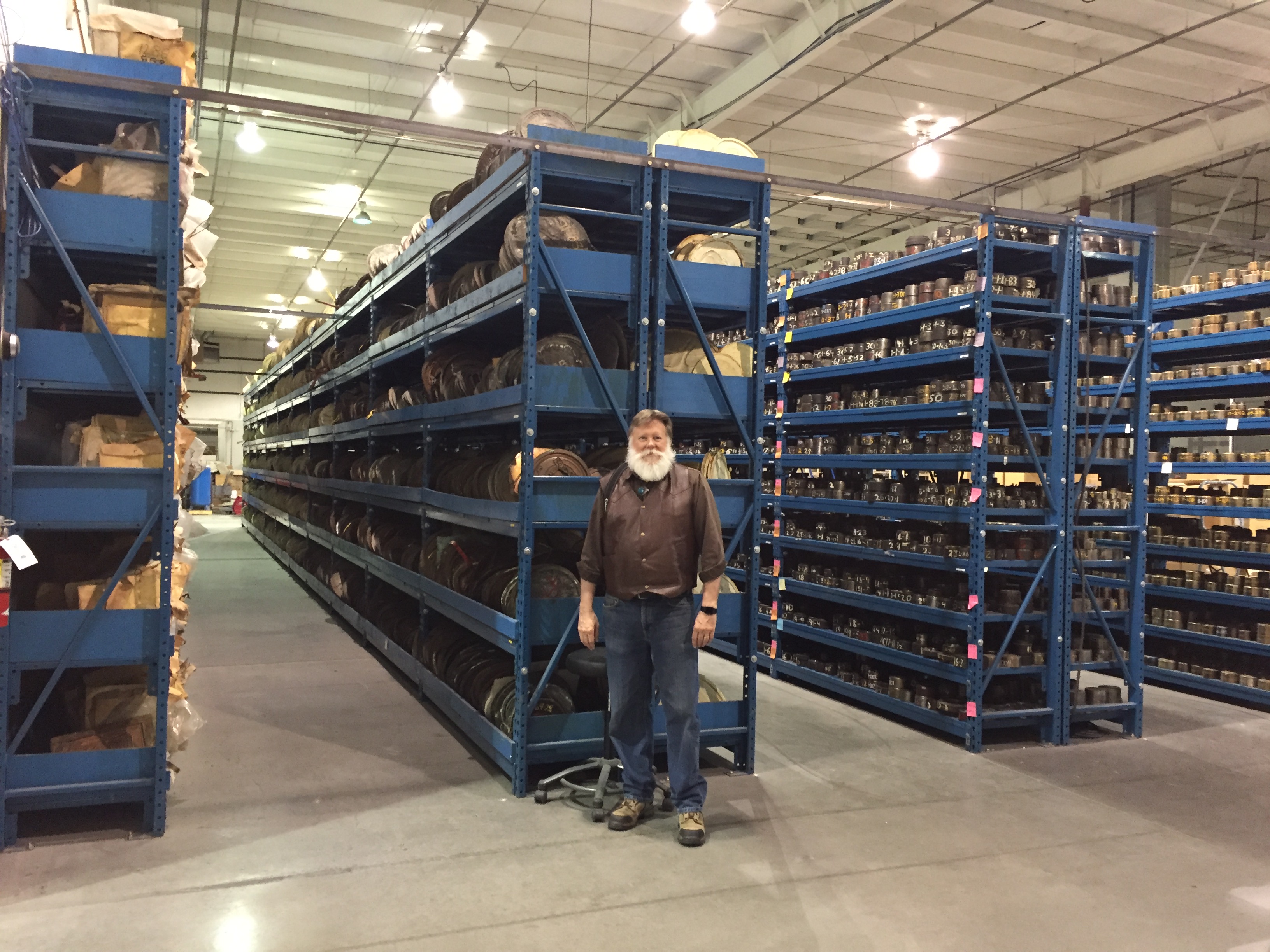 Rob Vugteveen in front of the shelves of dies and galvanos at NWTM, Dayton, Nevada. Hover to zoom.

The moving and storage of this mass of material, much of it made of steel, copper, or other metals proved a major challenge. The ANS was fortunate to have a partner in Medalcraft Inc. and its CEO, Jerry Moran, who had purchased the more recent dies (of medals created after 1998). The roughly 20,000 older dies were shipped to the headquarters of Medalcraft in Wisconsin, and ANS will discuss with Medalcraft the future of these dies over the coming months.

An equally demanding task will be the selection of galvanos and die-shells for the Society’s permanent collection. The approximately 15,000 such items, made from copper, epoxy, plaster and other materials, are among the most intriguing and beautiful materials acquired by the ANS. Thanks to the organizational talent of Rob Vugteveen, a former employee of Northwest Territorial Mint now working for Holabird Americana, a team of a dozen students were able to help pack and move some of these items to an off-site storage location. At the same time, a team of photographers, led by Lou Manna, bar-coded and photographed a large proportion of these objects, all in a warehouse in Nevada without air conditioning in the middle of the summer. Executive Director Ute Wartenberg, who herself traveled to Nevada to help pack the collection, praised the efforts of this team:

Without the help of Rob Vugteveen, the ANS would have not been able to achieve this Herculean task. The ANS also owes an enormous gratitude to Fred Holabird, whose local connections made all this possible and who was instrumental in finding an affordable warehouse near Dayton where the material could be stored. 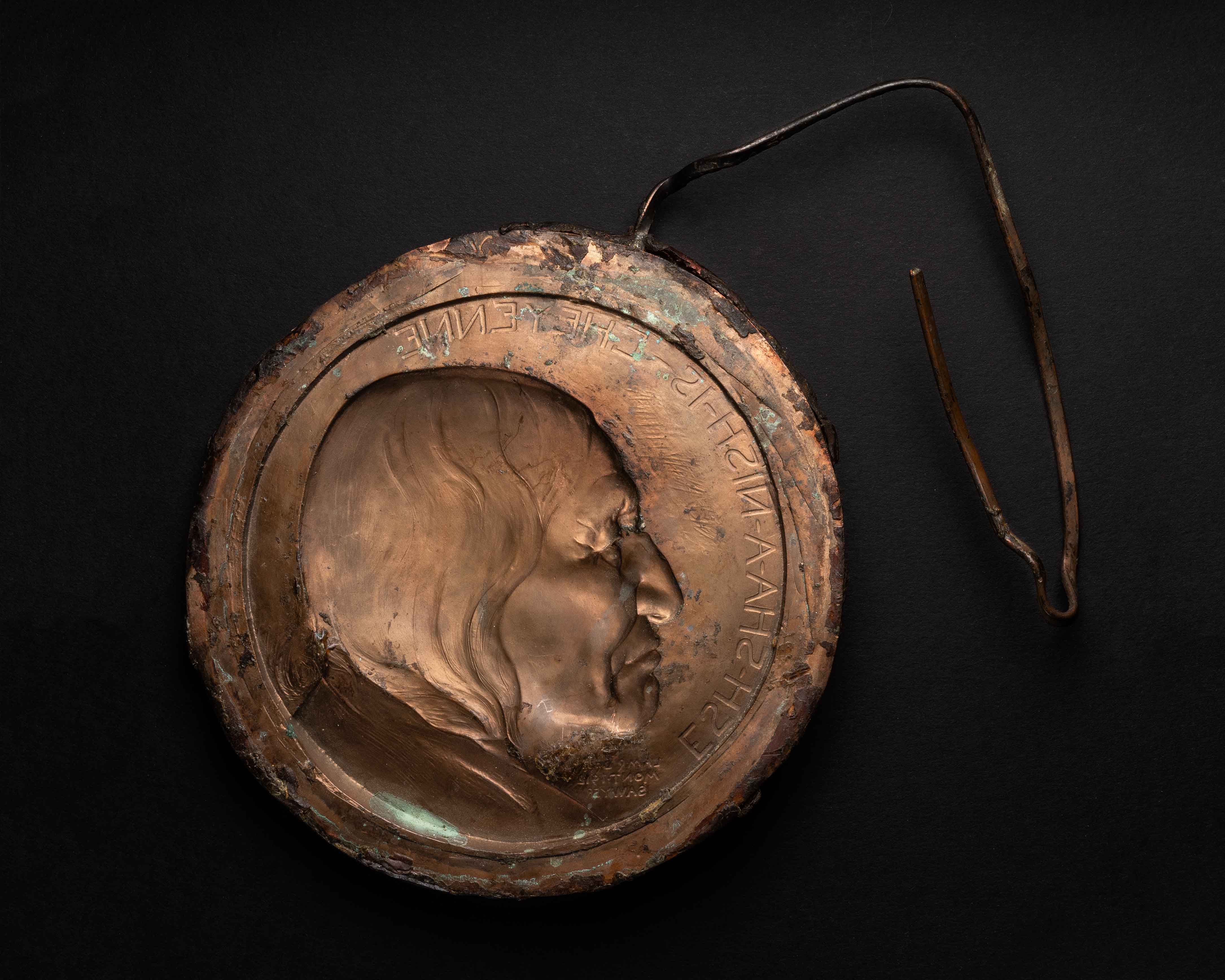 Galvano for one of Edward Warren Sawyer’s portrait medals of Native American leaders. This portrait of Esh-Sha-A-Nish-Is of the Cheyenne Nation was made in 1912.

The Society’s Board of Trustees has set up a committee of trustees, staff, and expert members, who will review ways of dealing with the sheer mass of material, which currently resides in three separate locations. Taylor Hartley, a full-time ANS staff member and a specialist in early 20th-century sculpture, has begun to catalog the archive of sample medals and compare them with the extensive holdings already in the Society’s collection. Part of what the ANS purchased were also extensive catalogs, which were compiled over many years by NWTM staff members Cathy Swinburg and Rob Vugteveen, who were able to rely on former MACO Historian and ANS member Dick Johnson for assistance. ANS President Syd Martin stated:

Our number one goal is to catalog all the different pieces and publish them in a separate database online and write a history of this extraordinary company, but it is clear that the Society will not be able to retain the entire collection that it acquired. Over the next years, we will have to decide on a plan how to sell and market a portion of the galvanos and die-shells.

In due course, the ANS will set up a dedicated website that will keep members and the public informed about discoveries and further plans.