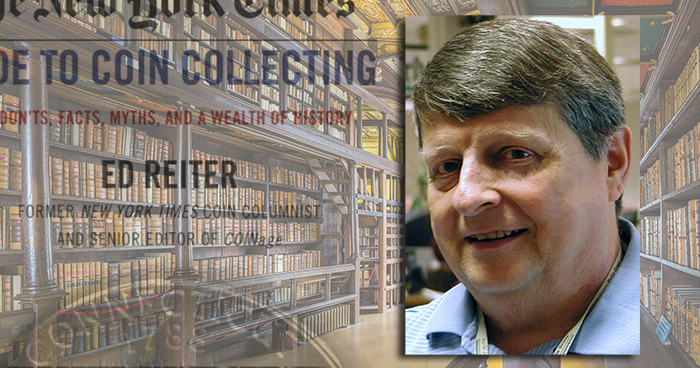 They don’t make them anymore like Ed Reiter, and they probably never will. For more than 50 years Ed was a force to be reckoned with in the numismatic hobby as well as the media that covers it. He served as editor at various times of Numismatic News and COINage magazine, as well as at several mainstream newspapers. He was perhaps best known for his column on coins that appeared in the New York Times, which had a huge readership. The book he wrote based on those columns, The New York Times’ Guide to Coin Collecting, played a key role in my own return to the hobby about 15 years ago after a long hiatus. And his punchy, often irreverent editorials in COINage, which spoke truth to power in the numismatic realm, were not just a model for how to write about coins without worrying about whom you might offend. They also helped inspire me to become a numismatic journalist myself. My own interactions with him were limited to e-mail exchanges, mostly when I was a contributor to COINage, and I will always have the highest regard for his editorial skills and his knowledge of the coin world.