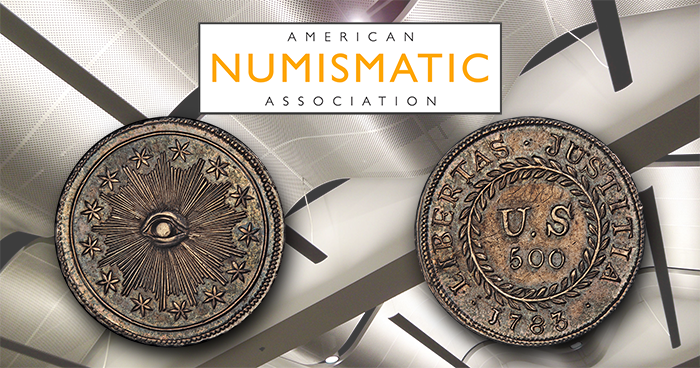 The American Numismatic Association’s 2017 World’s Fair of Money—the most important numismatic event of the year—welcomed 8,638 people at the Colorado Convention Center in Denver, August 1–5.

The family-friendly event featured displays by government and private mints from around the world; expansive educational programs led by notable speakers sharing their numismatic expertise; exhibits of rare treasures from private collectors and from the American Numismatic Association’s Money Museum (including Colorado Gold Rush–era rarities); hundreds of dealers buying and selling coins, currency, and related items in all price ranges; and major auctions by Heritage Auctions and Stack’s Bowers Galleries.

The recent discovery by David McCarthy of the first silver piece minted by the United States government in 1783—which was on display at the show—garnered huge publicity. (Collectors can access David McCarthy’s article in the August issue of The Numismatist.)

According to newly elected ANA president Gary Adkins, “The Denver World’s Fair of Money finished strong. Most dealers shared with me that they enjoyed the show and had good business overall. And collectors were pleased with the many outstanding exhibits and educational opportunities.”

“This was undoubtedly one of the best shows we’ve ever attended,” says Ken Hallenbeck of Hallenbeck Coin Gallery. “Our retail sales to collectors were tremendous, partly because we offered a wide variety of material.”

Attendance was strongest on Saturday, August 5, when 1,958 members of the public turned out for free “family-day” admission. Hundreds of young people converged into the Kids Zone, where they could see their faces on a $100,000 bill, design their own coin or note, make an elongated coin, spin a wheel for a chance to win numismatic prizes, or grab some high-flying bucks inside the “Cash Cube.” ANA education director Rod Gillis reported that 346 kids participated in the Treasure Trivia game as they explored the bourse floor in search of answers to trivia questions. Coin Collecting 101, a free class for those interested in numismatics, was standing-room only.

Complete attendance numbers for the 2017 World’s Fair of Money:

Immediately following the World’s Fair of Money on Sunday, August 6, the association hosted a “Golden Day at the ANA” to celebrate the 50th anniversary of its Colorado Springs–based headquarters. Nearly 250 members converged at the ANA open house to enjoy food, fellowship, collectible souvenirs, caricatures, tours, and mini-Mint demonstrations.

The 2018 World’s Fair of Money will be held in Philadelphia, August 14–18, at the Pennsylvania Convention Center.