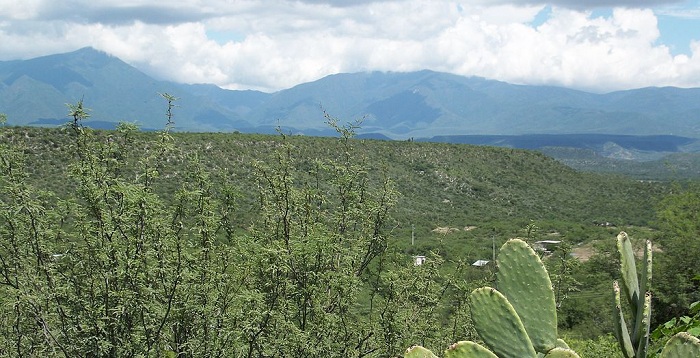 Tamaulipas is an agricultural giant in Mexico due to its ideal location for both fishing and farming. It is also known for its extensive repertoire in theater, dance, and miming, making it a cultural giant as well. Tamaholipa is an Aztec word that is the origin for Tamaulipas. It means “place of the high mountains,” which is not surprising given the geography of this state. Tamaulipas could easily be considered one of the main cultural hubs of Mexico, offering the best in Mexican culture and arts. Let’s discover the magic of Tamaulipas. 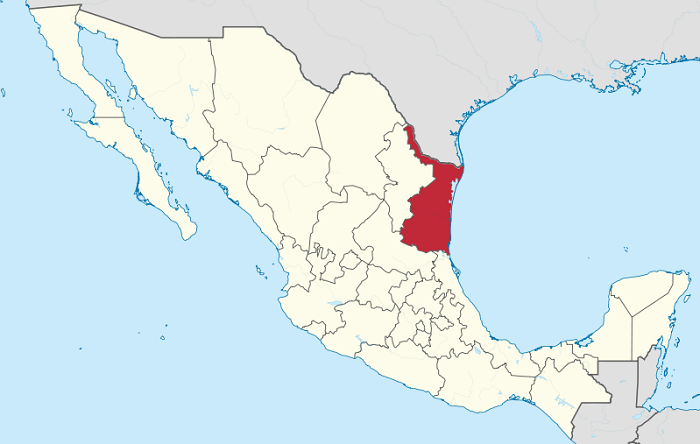 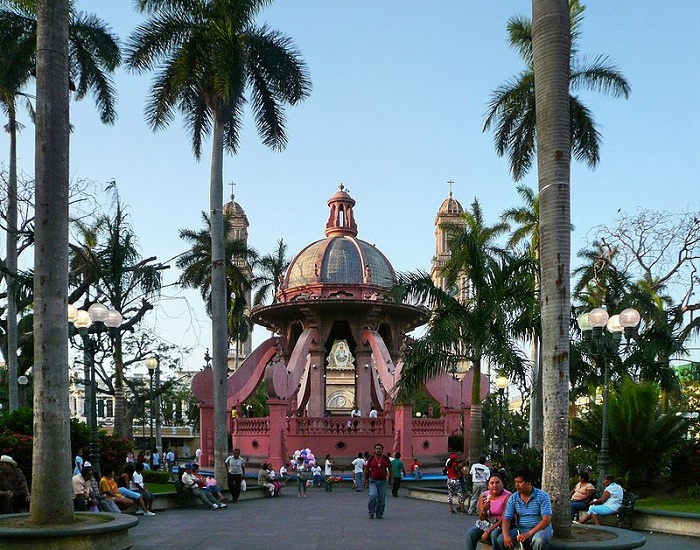 The central plaza in Tampico. (Photo by Pure360x.)

The western part of the state is dominated by a variety of mountain ranges topping over 10,000 feet and includes the Sierra Madre Oriental, Borregos Sierra, and Pedragoso Sierra. The Purificacion, Guayalejo, and Bravo rivers flow from west to east throughout the state providing much-needed water to the many crops throughout the region.

Even though 90 percent of the state’s climate is arid or semi-arid, the areas surrounding the mountains are quite humid and fertile. Fourteen different dams from across the state, including the Marte Gomez Dam, store and distribute fresh water to areas that are in need. The arid central climate tapers off to the coastal plains touching the Gulf of Mexico in the east.

A cenote, or sinkhole. (Photo by Ekehnel.)

The type of flora and fauna you encounter in Tamaulipas depends greatly upon your location within the state. A variety of cactus species can be seen inland where the climate is more arid. Ocelots and cougars occupy the mountains while the long-tailed weasel scurries the open plains. Some species in the area familiar to those visiting from the United States include the North American beaver, quail, and North American badger. 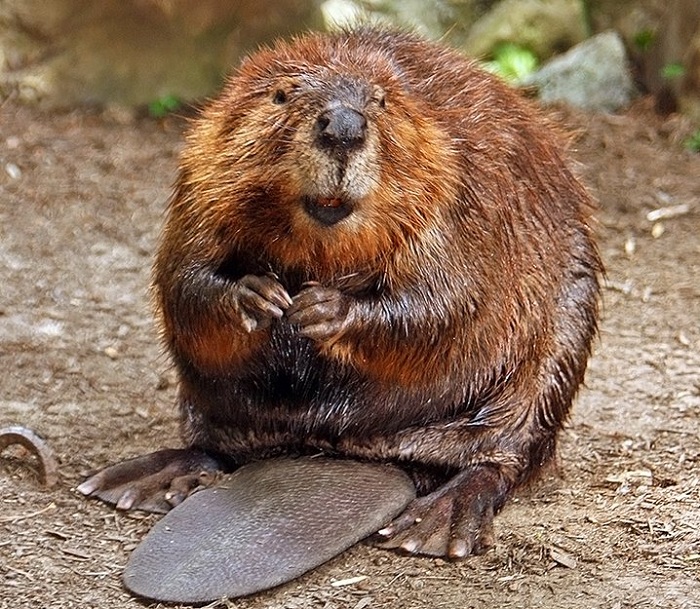 Now we continue our trip through time into the history of Tamaulipas. Tamaulipas possesses an incredibly rich history, with nomadic settlers first inhabiting the region as early as 6,000 BCE. In the mid-15th century, the Aztecs conquered the area and made it a central tributary of their empire. It was not until the 17th century that the Spanish began to convert natives to Christianity, as previous aggressive expansionism had been effectively thwarted. The north of Tamaulipas was ceded to the United States as Texas in the Mexican-American War. Although Tamaulipas was marked by great turmoil for the rest of the century, trade agreements with the United States allowed the state to eventually stabilize with a strong industry in exporting goods. 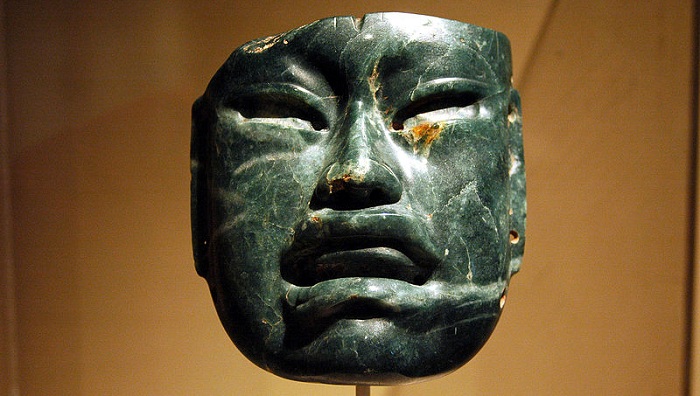 Northern Tamaulipas matches Texas in its economic development, with a strong focus in agricultural products and industry, while the southern part of the state is dominated by petrochemical activities. 30 percent of the population lives in the capital, Ciudad Victoria, and in Ciudad Mante. Whites and Mestizos are, as in many other northern Mexican states, the most dominant ethnic groups.

As noted above, the arts and culture are well and alive in Tamaulipas, with the Festival Internacional Tamaulipas in October drawing large crowds from all over Mexico. The metro areas in Tamaulipas are known for their excellent theater groups, including one that performs solely in mime. La Picota is a notable dance of the region and is influenced by Scottish folk dancing, as can be observed by its incredibly energetic, graceful presentation. 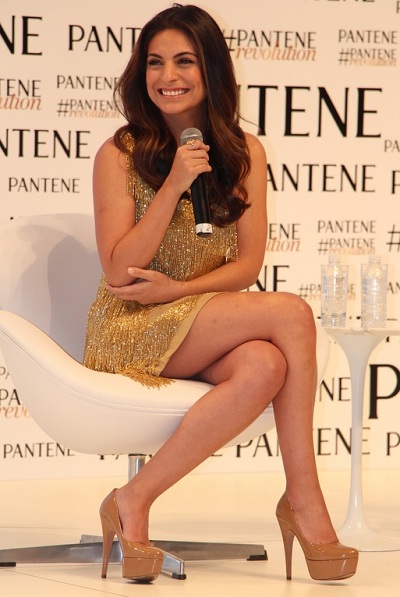 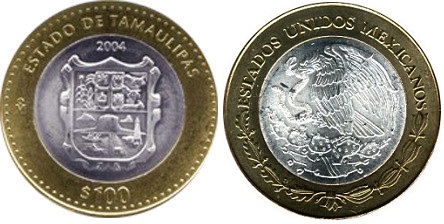 A bimetallic 2004 silver-and-gold 100-peso coin captures the spirit of Tamaulipas. The front depicts the coat of arms and the back shows the Mexican national symbol. Like many other Mexican coat of arms, Tamaulipas depicts its economic powerhouses; agriculture and fishing are prominently featured. The coin is scarce with only 1,000 minted, and made of .999 fine Mexican silver and gold. A numismatist will pay hundreds of dollars to add an example to his collection.

Now, as one would say in the many theaters of Tamaulipas, the show must go on!