The second stop on our numismatic tour of Mexico takes place in a close but vastly different state: Baja California Sur.

Baja California Sur is both the last to be added to the Mexican federation of states as well as the state with the greatest amount of coastline, at 1,243 miles—hence its nickname being “the aquarium of the world.” However, it is also much less populated than its northern counterpart at only an estimated 712,029 people, despite having slightly greater area, compared to the 3,300,000 people in Baja California. This does not in any way mean that Baja California Sur is not beautiful nor an excellent place to visit. Possessing the most islands of any other Mexican state in addition to its massive coastline, Baja California Sur certainly lives up to its reputation as a grand aquarium. 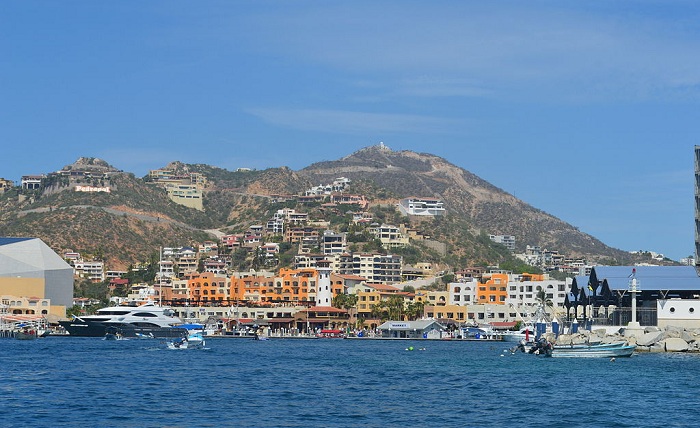 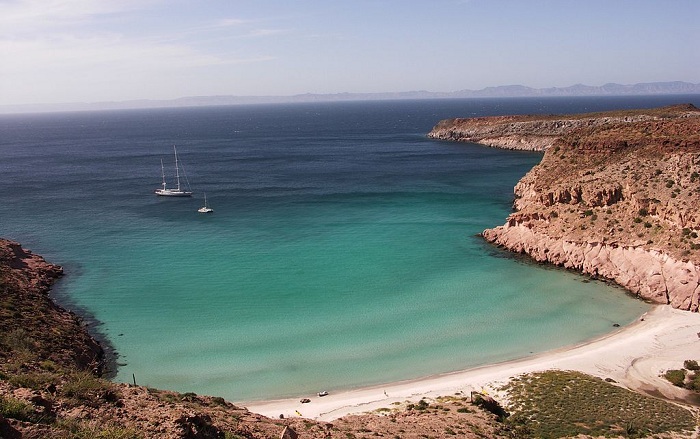 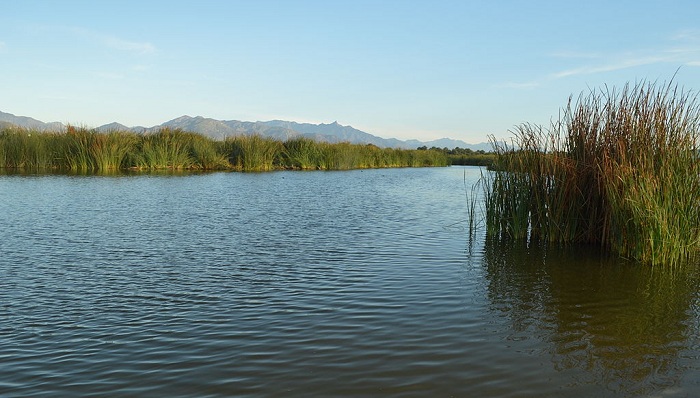 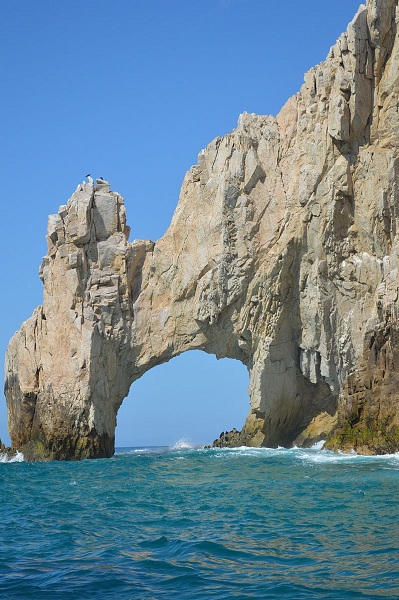 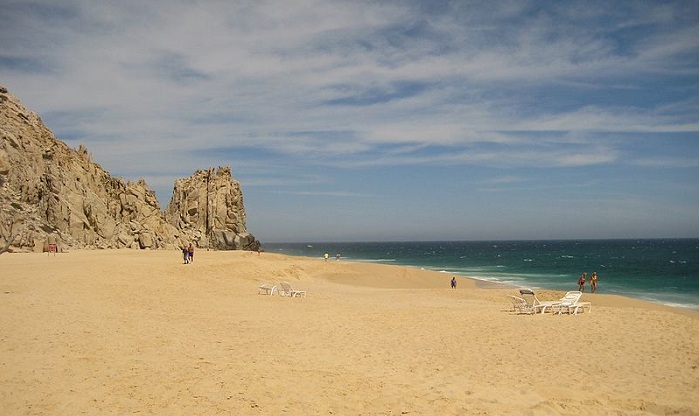 Similar to Baja California, Baja California Sur is part of a peninsula and is bordered by the Pacific Ocean to the west and the Sea of Cortez to the east. However, the state is surrounded by water on three sides and has a myriad of islands that surround it as well—notably Margarita Island to the west. Most islands are in the Sea of Cortez, and the geography of Baja California Sur proper is mostly comprised of mountain ranges, coastal plains, and deserts. The climate is hotter and drier than the north, but boasts a greater variety of national parks and ecologically protected wonders, including Sebastian Vizcaino Bay, Sierra la Laguna, Laguna Ojo de Liebre, and the many islands in the Sea of Cortez. To complement its protected and untamed geography, Baja California Sur also possesses many fascinating species of plants and animals.

Baja California Sur is home to the famous cordon cactus, the world’s largest variety of cactus, standing up to 70 feet in height. While some of the higher elevations have pine and oak trees similar to Baja California, Baja California Sur instead boasts an impressive variety of cactus species such as the nopal and barrel cactus. It is also home to the delicious pitahaya or “dragon fruit.” The variety of marine species include manta rays, sea turtles, dolphins and whales—very much akin to what one might see in an aquarium. While the desert fauna consists mostly of birds, reptiles, and small mammals, the mountains are full of wild cats and rams, deer, foxes, and raccoons. 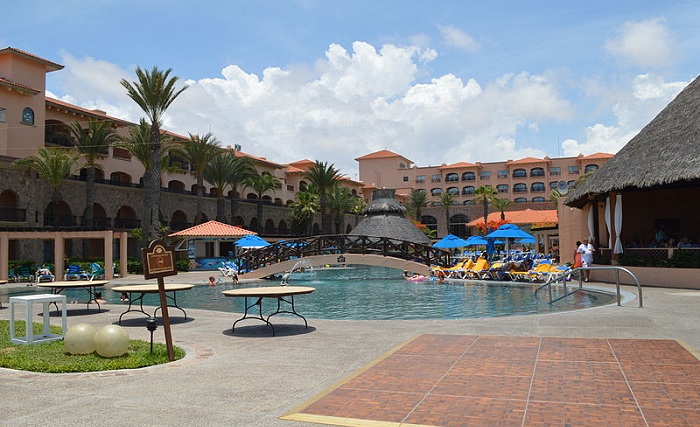 The same hunter-gatherers from Baja California also once inhabited Baja California Sur, leaving their mark in Cueva de Palma and San Gregorio. In addition, there were four indigenous groups dominant at the time of Fortun Ximenez’s arrival from Spain in 1533. Interestingly, after disputes over the territory with the United States had already ended, a journalist named William Walker led a group of 45 Americans to seize the capital city of La Paz. Not surprisingly, it failed. Much like its northern neighbor, Baja California Sur was isolated from the conflicts in Mexico at the turn of the century, and the territory was officially annexed by President Porfirio Diaz in 1888. Baja California Sur became the 31st and final state of Mexico in 1974.

Three of the four original indigenous cultures still exist in Baja California Sur: the Cochimi, the Guaycura, and the Pericu. 86% of the population lives in cities. Traditional culture and dances are very common as well. The footwork of Las Pitahayas, La Yuca, and La Cuera can be seen while the colorful red skirts of women decorated by local flora complement the rich experience. Seafood is a main staple of cuisine, including the exotic dishes that incorporate manta ray. 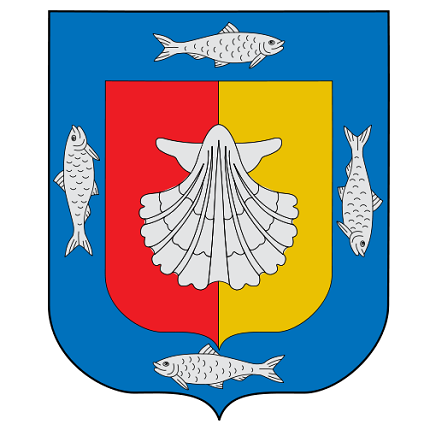 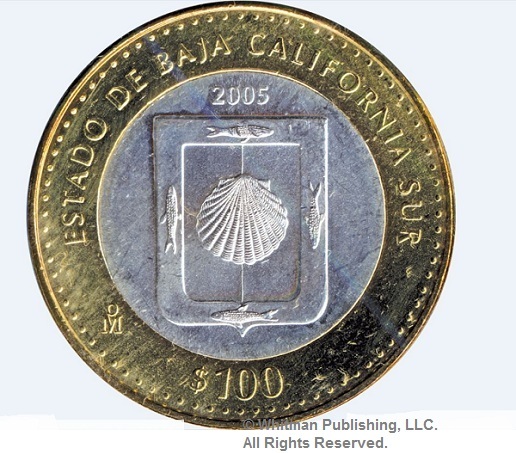 Keeping in line with the marina theme of Baja California Sur, a 2005 bimetallic silver coin displays seashells and fish on the reverse side, as seen in volume 2 of the Whitman Encyclopedia of Mexican Money. Coins in this series were made with a 92.5% fine silver center surrounded by a base-metal ring; they were issued during a period of hyperinflation, so people hoarded many of them for their silver content. As a result, they’re valuable and very collectible today.

Further discussion of numismatics will be covered in volume 3, due for release in summer 2016. Until then, you’ll have to wait and instead focus on our next destination: Chihuahua—home of the recognizable dog breed—coming next week.