During a cruise last month, I decided to acquire local currency from each country we visited. While I do not normally collect foreign monies, I knew that the coins and notes would be useful to others building a world coin collection, or trying to complete the Boy Scout Coin Collecting merit badge.

Cozumel, Mexico: As a group of friends and I were relaxing after competing in a race around Cozumel, I spotted a currency exchange kiosk desk. In my rudimentary Spanish, I asked to exchange USD 10 for 120 Mexican pesos. Well, either they didn’t have a lot of coins, or my Spanish was insufficient to ask properly, but the woman did give me five 20-peso notes and two 10-peso coins. I was able to obtain change for one of the notes later that day at one of the shops near the port.

Costa Maya, Mexico: On our way back from seeing Mayan ruins, I asked a woman at one of the port shops if I could get change for one of the twenty-peso notes I brought with me. She said no, so I walked away, but moments later I heard, “Sir! Sir!”. I turned around to see the man that was standing next to the woman had five 1- and two 5- peso coins in his hand: not exactly an even swap, but I was okay with it. Earlier that day, my tour group sat down at a beachside restaurant, and one of my friends found a 2-peso coin in the sand under our table. It made me wish I had a metal detector to search for more “buried treasure”. I was also able to break another of my 20-peso notes there, after speaking to one of the restaurant’s waitresses. 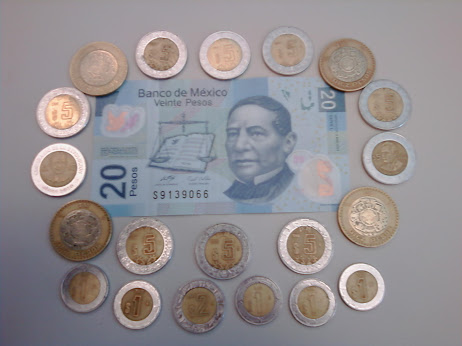 Roatan, Honduras: I had a much easier time here, as during a photo/shopping opportunity, one of the merchants had pre-prepared packages of low-denomination notes and a set of coins for 1 U.S. dollar. It was more expensive than going to a bank or exchange center, but much more convenient. Another tourist shop we stopped at had similar packages, but with just one note, and at double the price, so I am okay with the purchase I made. 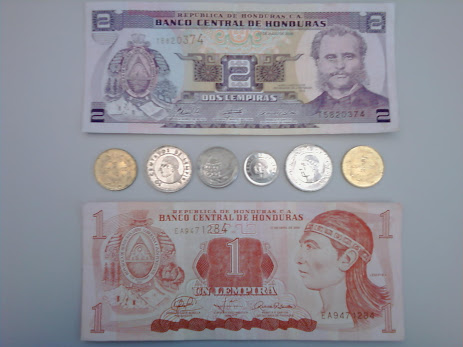 Grand Cayman, British West Indies: During a bus ride to Hell, a local tourist attraction of the island, the driver accepted a fare from a local passenger, who paid in Caymanian notes. One of my friends, who was sitting beside the driver, noticed this, told the driver that I collected foreign monies, and asked if we could buy two of his dollar bills; the price was USD $2.50, which was right at the fixed exchange rate. Once we arrived at Hell, I asked the shop cashier if I could get Caymanian coins in change. “Sure,” she said, and proceeded to count out a mixture of 25-cent, 10-cent, 5-cent, and 1-cent coins. Before leaving, I had to buy another postcard, and asked for my change in Caymanian. 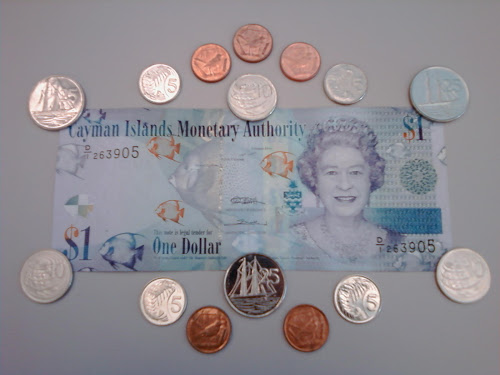 My original plan was to go to banks to acquire the coins, but I am happy how events played out; they certainly were more memorable this way.