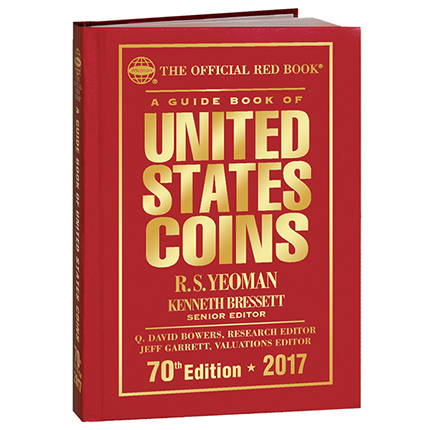 On November 16, Coin Update posted about an interesting blog series undertaken by Mike Sherman on PCGS.com. Called “Seventy at Seventy,” the series uses data in the iconic Guide Book of United States Coins (approaching its 70th anniversary in 2017) for an interesting project: tracking the price performance of “70 representative U.S. coins from across a wide spectrum of the hobby . . . at 10-year intervals from the first edition in 1947 to the present 2017 edition.” As Sherman noted, this involved accounting for changes in grading systems over the years, as well as for the effects of inflation.

The author has posted the results on the first group, Circulated Early Type Coins (1793-1807). The types and dates he examined in this group are as follows:

The designated grade for most of these is “Fine,” although the two $1 coins are “Very Fine.”

We won’t give away all of Sherman’s analysis here, just one piece of trivia: The Red Book value of these coins together in 1947 was $1,115. Seventy years later, in the 2017 edition, their collective value is $258,300.) To read part 2 of Mike Sherman’s study, head over to PCGS.com. Subsequent posts in his project will analyze the results for “Key Date Coins, 19th Century type coins, Rare Date Gold, Silver Dollars, [and] Gold Type and Colonials/Commems.”   ❑