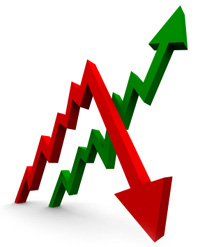 My last column described some recent instances of how the US government and others can slant their reporting of statistical data so that it misleads the public into thinking that the US economy is in better shape than it really is.

The Department of Labor released two sets of unemployment statistics last Wednesday and Friday where the headlines were perfect examples of the public deception I described.

Last Wednesday, the US government reported that the weekly new unemployment claims fell to 368,000, which was a drop of 20,000 from the week before and was also the lowest figure in the past three years.  Sounds wonderful, right?  In my local newspaper’s business section the next day, the headline read “US Unemployment Claims Lowest In 3 Years.”

While this bit of data was accurately reported, the most important information was omitted from this headline.  The new unemployment claims are dwarfed by the number of extended benefit unemployment claims filed each week.  In this same report, the Department of Labor reported that the number of new claims for extended unemployment benefits had increased by almost 89,000 from the week before to exceed 850,000.  So in total, there were 1.2 million new unemployment benefit claims filed in that week, an increase of about 5% from the week before.  The more than 1.2 million new claims is a much scarier number than the 368,000, plus the next increase in total claims is much worse news than the headline reading “Lowest In 3 Years.”

On Friday, the monthly jobs and unemployment report was released, claiming that the U-3 definition of unemployment had fallen from 9.0% in January to 8.9% in February and that 192,000 new jobs were filled in February.  Once again, doesn’t that sound wonderful?

Well, the big picture doesn’t look quite so rosy.  Because the population of the US is growing, something on the order of 115,000 new jobs need to be created every month for the unemployment rate to remain unchanged.  So, the number of new jobs in excess of this number is a lot less impressive.

Then you have to look at the Bureau of Labor Statistics (BLS) Birth/Death Model to back out that distortion.  The Birth/Death Adjustment assumes that since the population is growing, somehow the BLS fails to find all of these newly created jobs when the researchers go out into the real world to count the number of employed people.  In effect, the BLS double counts these new jobs on a monthly basis, making an annual correction in February every year to undo the error caused by this “adjustment.”  There have been years where the BLS has eliminated nearly a million jobs during this annual correction.  In the February 2011 report for January data, the annual adjustment was only 339,000 jobs, one of the smallest corrections in recent years.

Well, the Birth/Death adjustment included in last week’s jobs report added 112,000 to the ranks of the employed.  If you back this 112,000 out of the 192,000 reported new jobs, that leaves only 80,000 new jobs, which isn’t even enough to keep the unemployment rate the same when you consider the population growth!

You can be sure that the US government doesn’t want the public to hear or focus on these more horrible statistics.  If people comprehended the true extent of unemployment in the US, they would become even more leery of keeping their US-dollar denominated assets.  That would increase demand for gold and silver, leading to even higher prices that we are now experiencing.