A combined total $22,000 cash reward is being offered by the Professional Numismatists Guild and six individual dealers for information leading to the arrest and conviction of the thief or thieves who stole rare coins from long-time PNG member-dealer Julian M. Leidman of Silver Spring, Maryland.

The theft occurred on Sunday, October 11, 2009, as Leidman was returning from a coin show in Connecticut.  His entire inventory was stolen when his minivan was broken into during a stop in Pine Brook, New Jersey. A complete list of stolen items is not available, but Leidman says there were over 1,000 coins including about 300 certified, encapsulated items as well as currency ranging from Colonial era to small size notes. 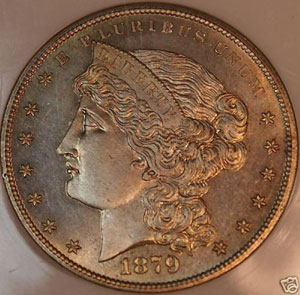 “I am asking people to contact me if they are offered anything that does not ‘look correct.’  There are just too many coins to list.”

Two bags of clothing and Leidman’s laptop computer also were taken when the thief or thieves smashed a passenger window to remove three heavy bags of coins and paper money from his minivan.