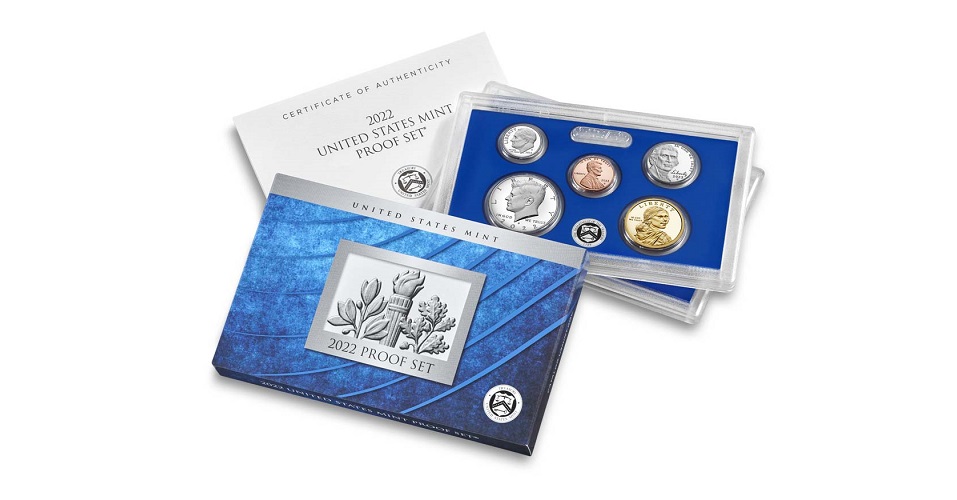 Washington — The 2022 United States Mint (Mint) Proof Set (product code 22RG) will be available for purchase starting on April 7 at noon EDT. This year, the set includes the first five coins in the American Women Quarters Program, the four-year initiative to honor the contributions and achievements of American women to the nation. 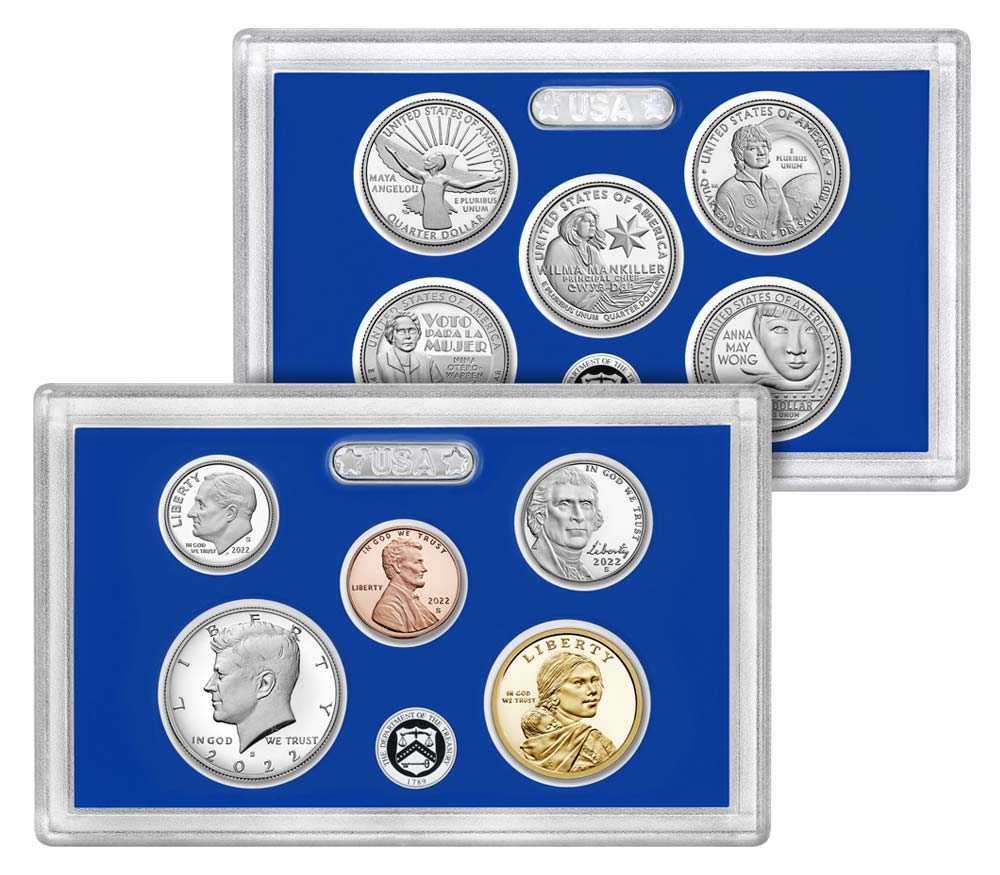 Priced at $32, the set includes the following 10 Proof coins from the Mint’s San Francisco facility:

All coins are encapsulated and enclosed in newly designed blue packaging featuring photographs of the five 2022 American Women Quarters Program honorees and partial images of the remaining coins. A certificate of authenticity is also included in the package.

Set up a REMIND ME alert for the 2022 United States Mint Proof Set.

This set may also be purchased through the Mint’s Product Enrollment Program. Enrollments work like a magazine subscription. Sign up once and you will receive the next product released in the series after the date of your registration, then continue to receive products until you end your enrollment. Visit here to learn more. Additional Proof Sets are available here.

To reduce the risk of employee exposure to COVID-19 in the workplace, the Mint’s sales centers are closed until further notice.