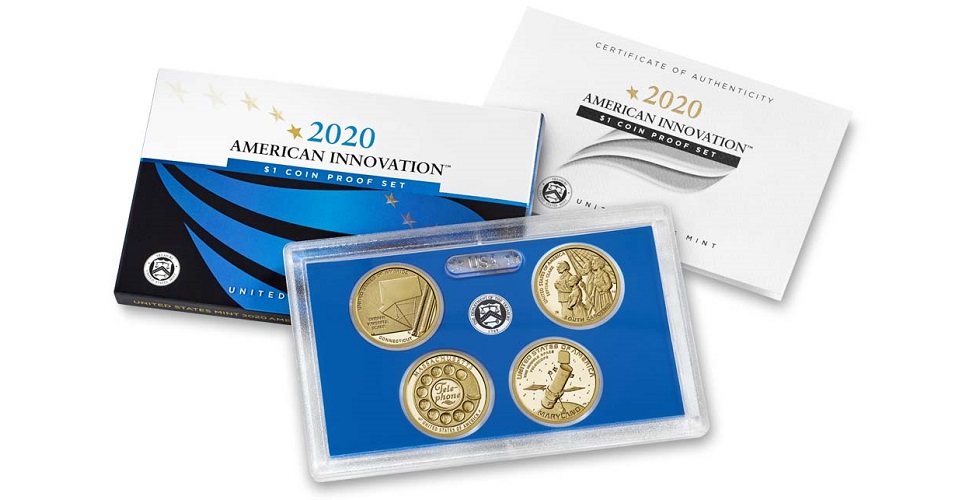 Washington — The United States Mint (Mint) will begin accepting orders for the 2020 American Innovation $1 Coin Proof Set (product code 20GA) on October 8 at noon EDT. The set is priced at $24.00. 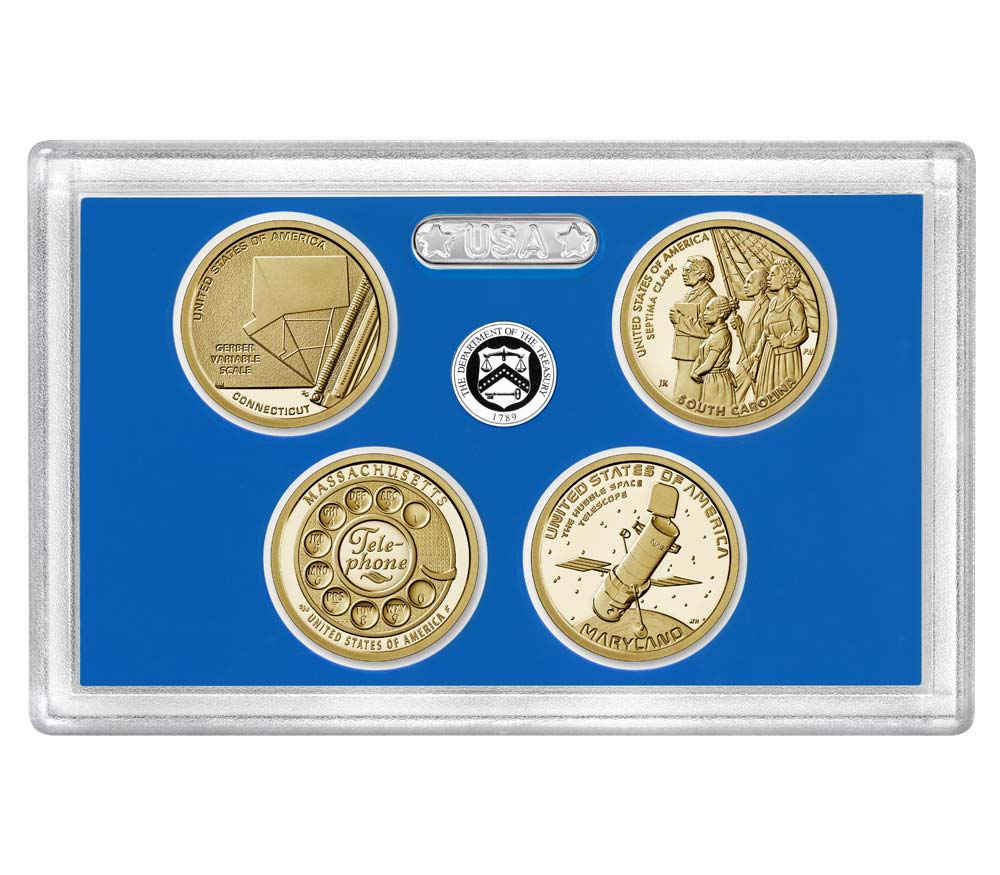 The American Innovation $1 Coin Program is a multi-year series featuring distinctive reverse (tails) designs that pay homage to America’s ingenuity and celebrate the pioneering efforts of individuals or groups from all 50 states, the District of Columbia, and the U.S. territories. The 2020 American Innovation $1 Coin Proof Set contains coins that recognize innovations or innovators from the following states:

American Innovation — Connecticut
The Connecticut $1 Coin recognizes the Gerber Variable Scale. The design depicts the scale being used to increase a geometric shape by 200 percent, a shape that resembles the state of Connecticut. Inscriptions are UNITED STATES OF AMERICA, GERBER VARIABLE SCALE, and CONNECTICUT.

American Innovation — Massachusetts
The Massachusetts $1 Coin recognizes the invention of the telephone. The design depicts the dial of an early rotary telephone. Inscriptions are MASSACHUSETTS, TELE-PHONE, and UNITED STATES OF AMERICA.

American Innovation — Maryland
The Maryland $1 Coin recognizes the Hubble Space Telescope. The design depicts the telescope orbiting the earth surrounded by a field of stars. Inscriptions are UNITED STATES OF AMERICA, THE HUBBLE SPACE TELESCOPE, and MARYLAND. 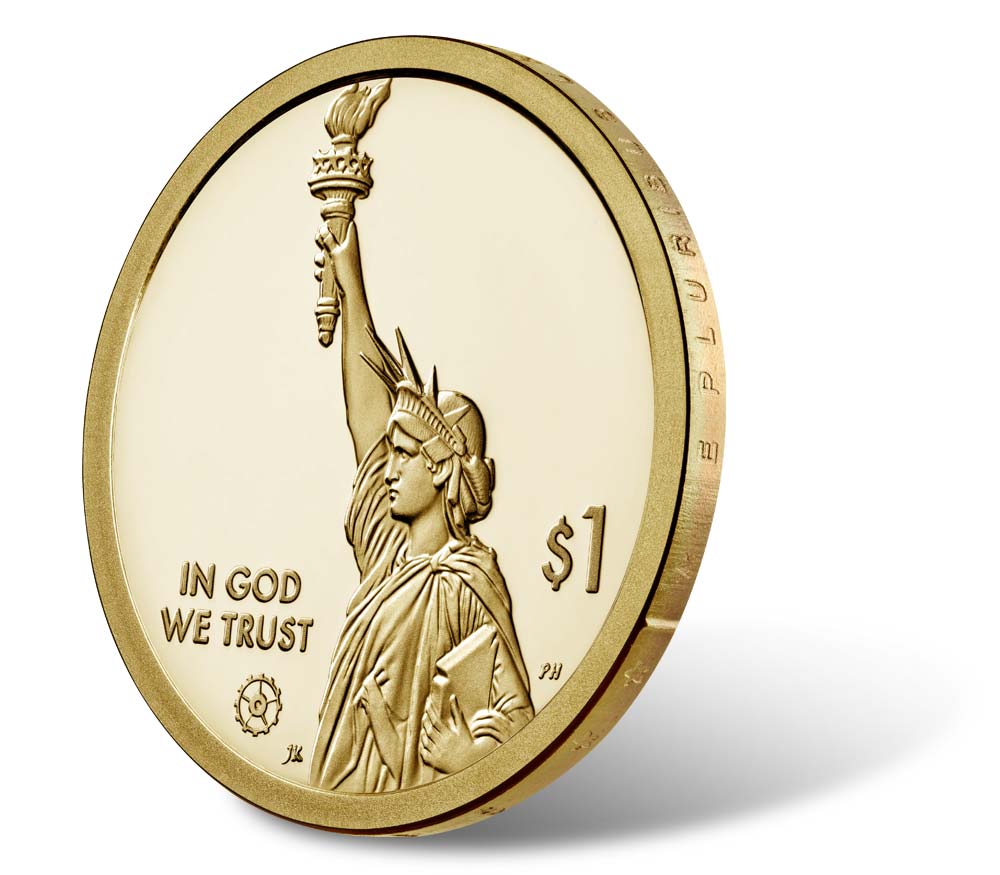 Coins in the 2020 American Innovation $1 Coin Proof Set feature a common obverse (heads) design that depicts a dramatic representation of the Statue of Liberty in profile with the inscriptions IN GOD WE TRUST and $1. The obverse also includes a privy mark of a stylized gear, representing industry and innovation. The inscription 2020, an “S” mint mark, and E PLURIBUS UNUM are incused on the coins’ edge. 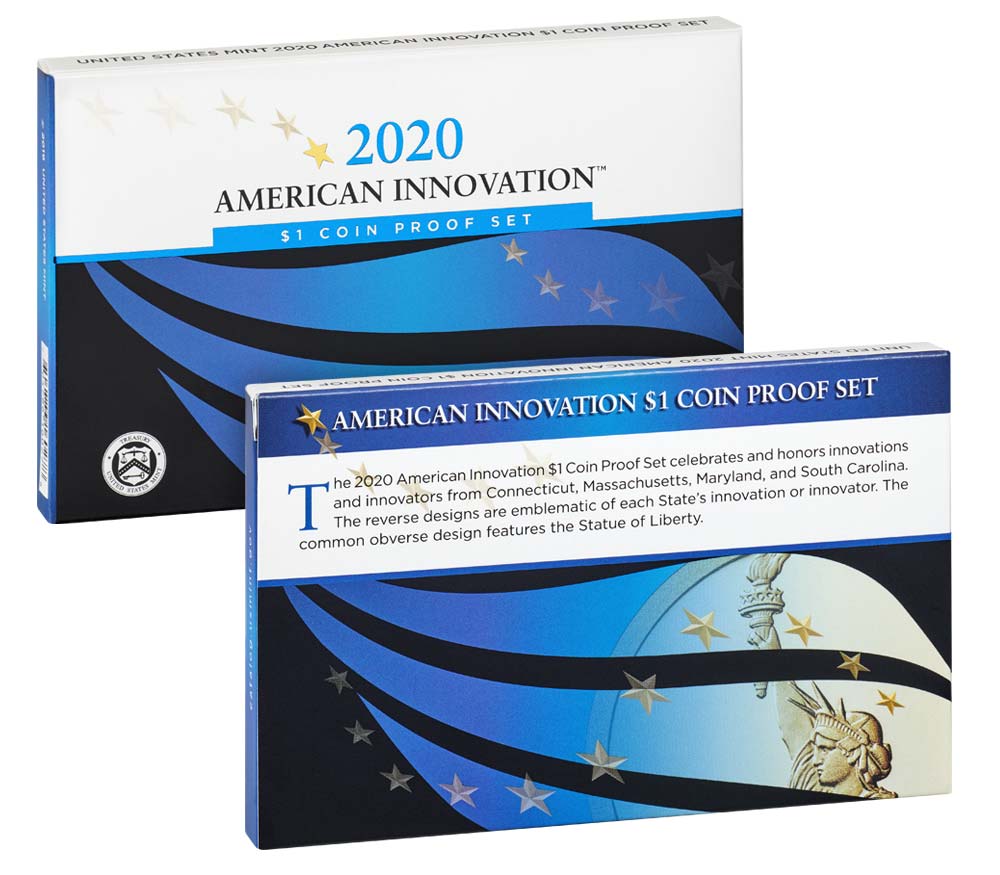 The Mint will accept orders for this product here. To sign up for Remind Me alerts, click here. 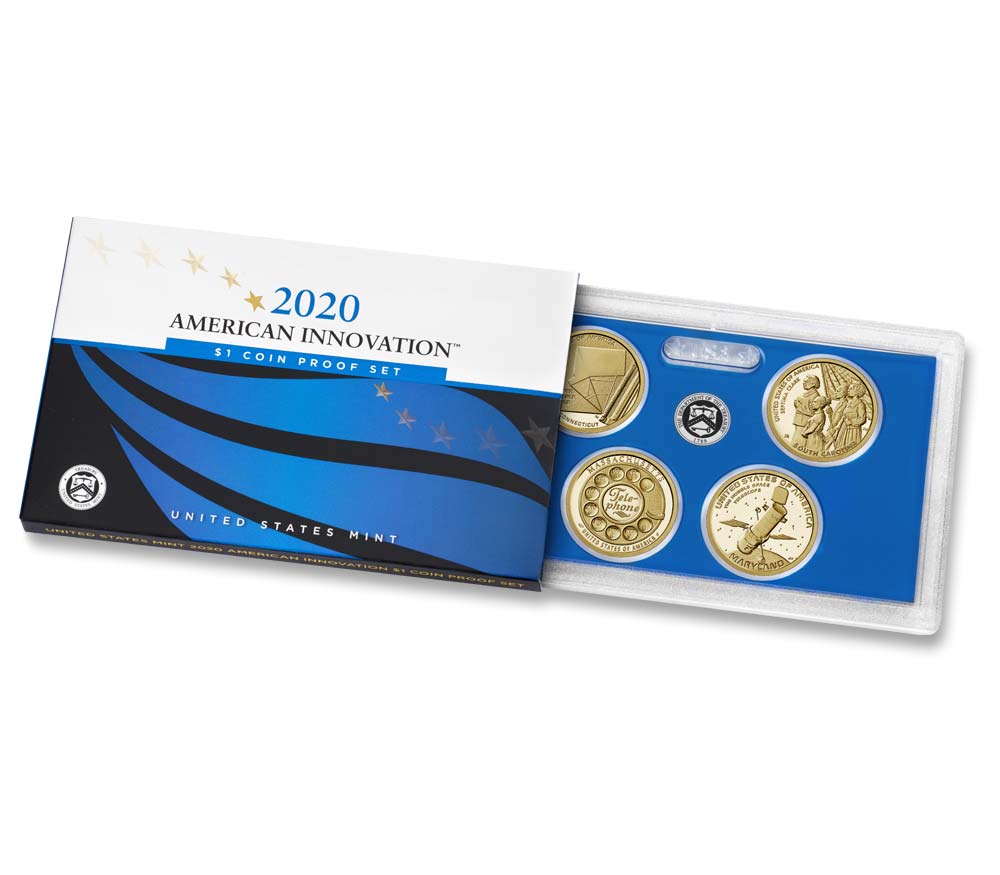 Note: To ensure that all members of the public have fair and equal access to United States Mint products, the United States Mint will not accept and will not honor orders placed prior to the official on-sale date and time of October 8, 2020, at noon EDT.