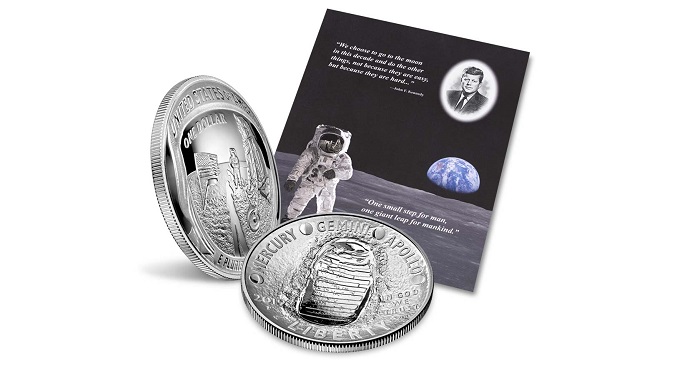 On August 7 at noon (ET), the United States Mint and the Bureau of Engraving and Printing will release a joint 2019 Apollo 11 Proof dollar and a Kennedy-Apollo 11 intaglio Print in gold (19XA1) and silver (19XA2) versions. The mintage limit across all products, for the coins only, is 50,000 for the gold coins and 400,000 for the silver coins, while there are no product or household order limits. Proof silver dollar products are priced at $78.95 while the Proof gold dollar products are priced at $479.50. The Kennedy-Apollo 11 intaglio prints are available only with this product up to December 2019. 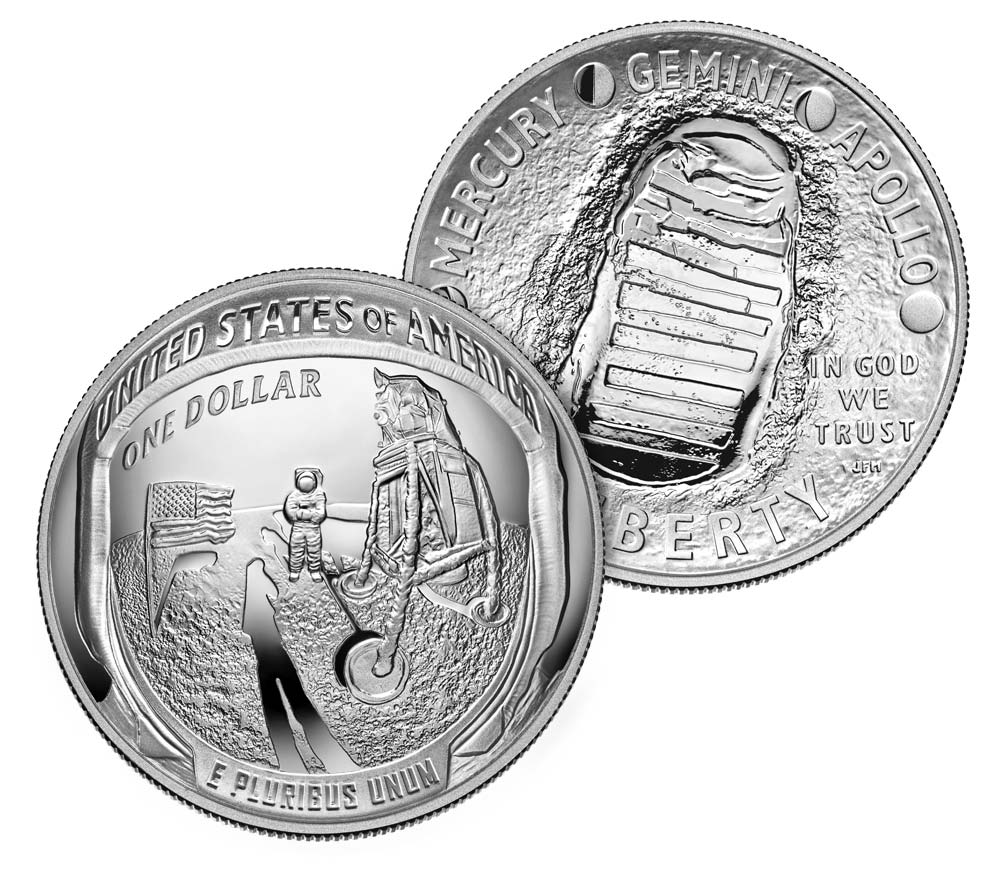 The obverse of the 2019 Apollo 11 coin features the inscriptions MERCURY, GEMINI, and APOLLO — separated by phases of the Moon — and a footprint on the lunar surface. The design represents the efforts of the United States space program leading up to the first manned Moon landing. Additional inscriptions are 2019, IN GOD WE TRUST, and LIBERTY. 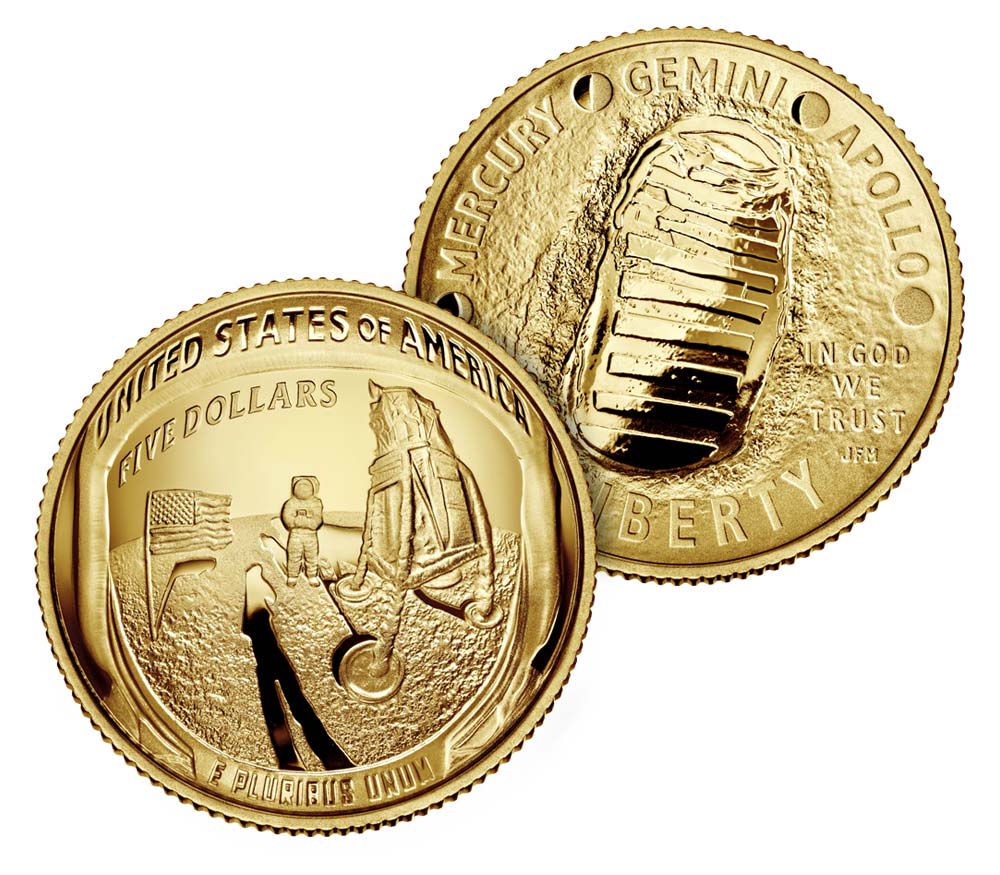 The reverse features a representation of a close-up of the iconic “Buzz Aldrin on the Moon” photograph taken July 20, 1969, showing just the visor and part of the helmet of astronaut Buzz Aldrin. The reflection in Aldrin’s helmet includes astronaut Neil Armstrong, the United States flag, and the lunar lander. Inscriptions are UNITED STATES OF AMERICA, the respective denomination, and E PLURIBUS UNUM. 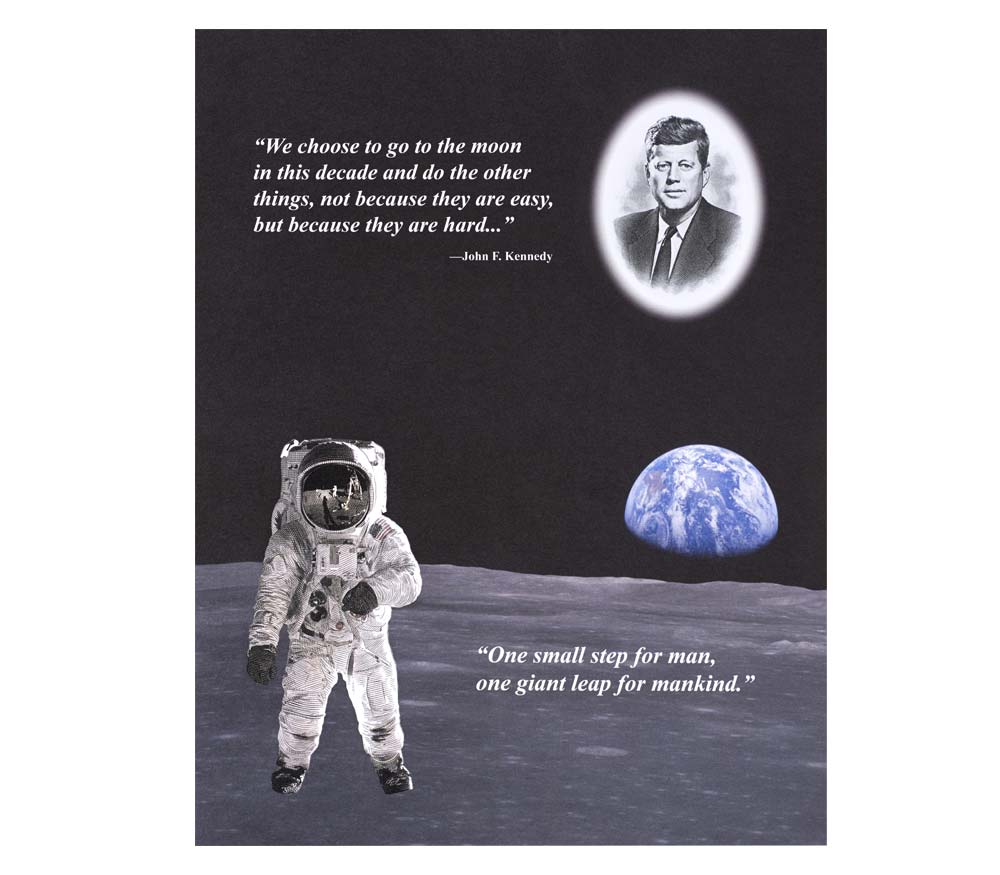 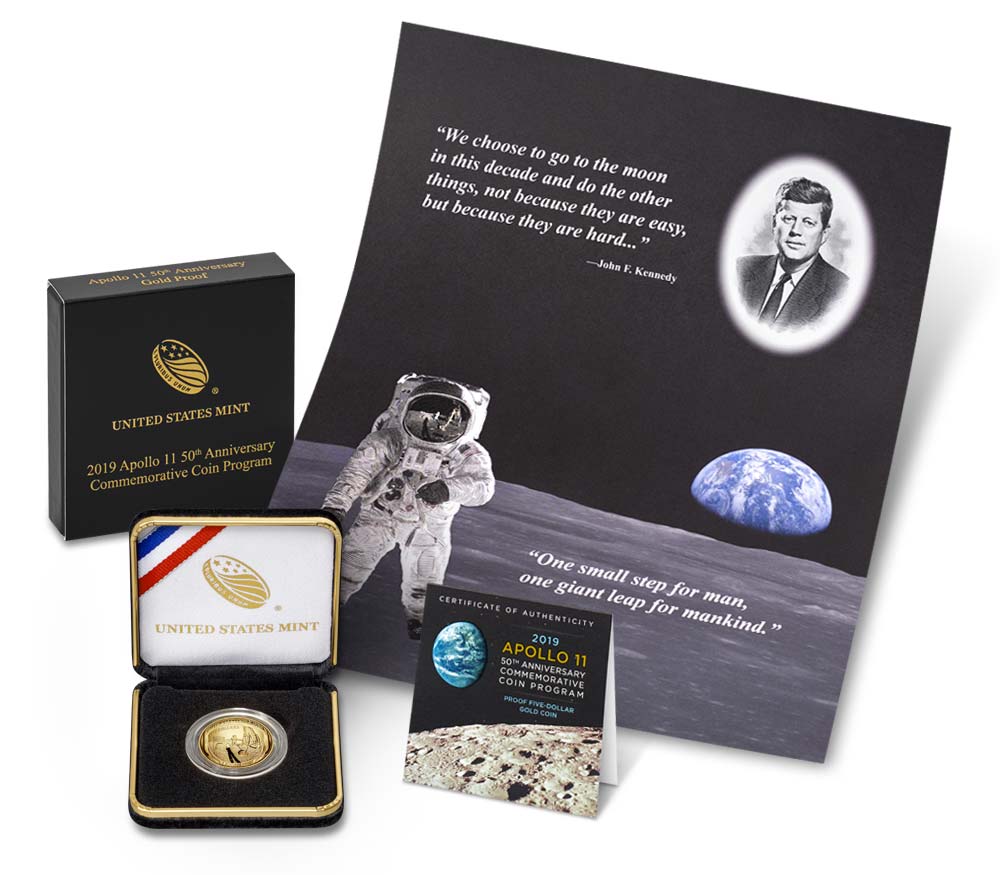 For more information about the 2019 Apollo 11 Proof silver and gold dollar Kennedy-Apollo 11 intaglio prints, please visit the website of the United States Mint.