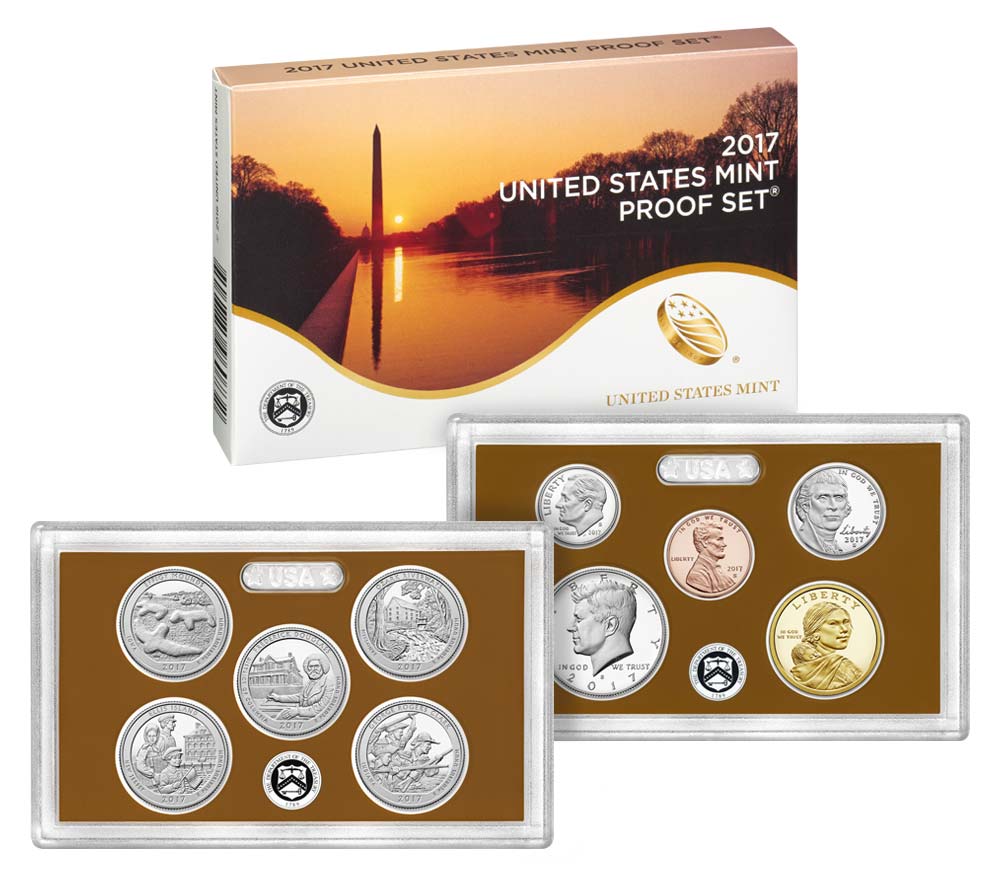 This set includes the following coins, all with the S mintmark of the U.S. Mint at San Francisco:

The coins are sealed in two protective lenses to accentuate and maintain their exceptional quality. In 2017, the front of the carton has an image of the Washington Monument at sunrise. The back of the carton has an image of each America the Beautiful Quarters national park or site honored in 2017 (along with the year in which it was first established as a national site, its name, and the host jurisdiction), and the partial obverse coin images of the remaining coins. A certificate of authenticity accompanies each set. 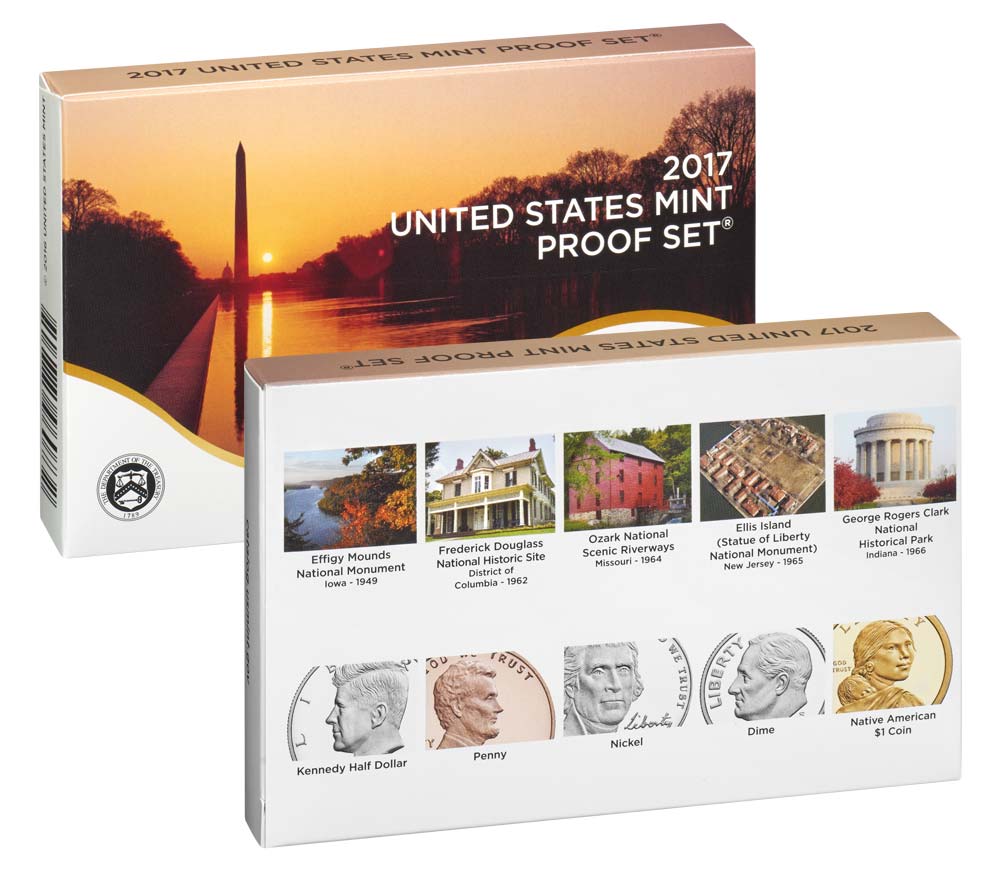 The United States Mint Proof Set can also be purchased through the Mint’s Product Enrollment Program. Visit https://catalog.usmint.gov/shop/product-enrollments/ to learn more about this convenient ordering method.

The United States Mint was created by Congress in 1792 and became part of the Department of the Treasury in 1873. It is the nation’s sole manufacturer of legal-tender coinage and is responsible for producing circulating coinage for the nation to conduct its trade and commerce. The Mint also produces numismatic products, including Proof, uncirculated, and commemorative coins; Congressional Gold Medals; and silver, gold, and platinum bullion coins. Its numismatic programs are self-sustaining and operate at no cost to taxpayers. The Mint is celebrating its 225th anniversary in 2017 (#USMint225).   ❑