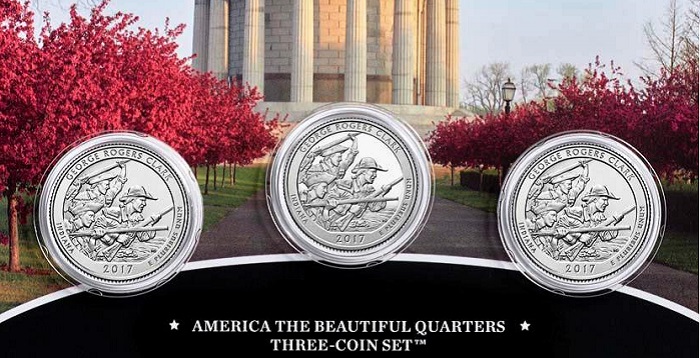 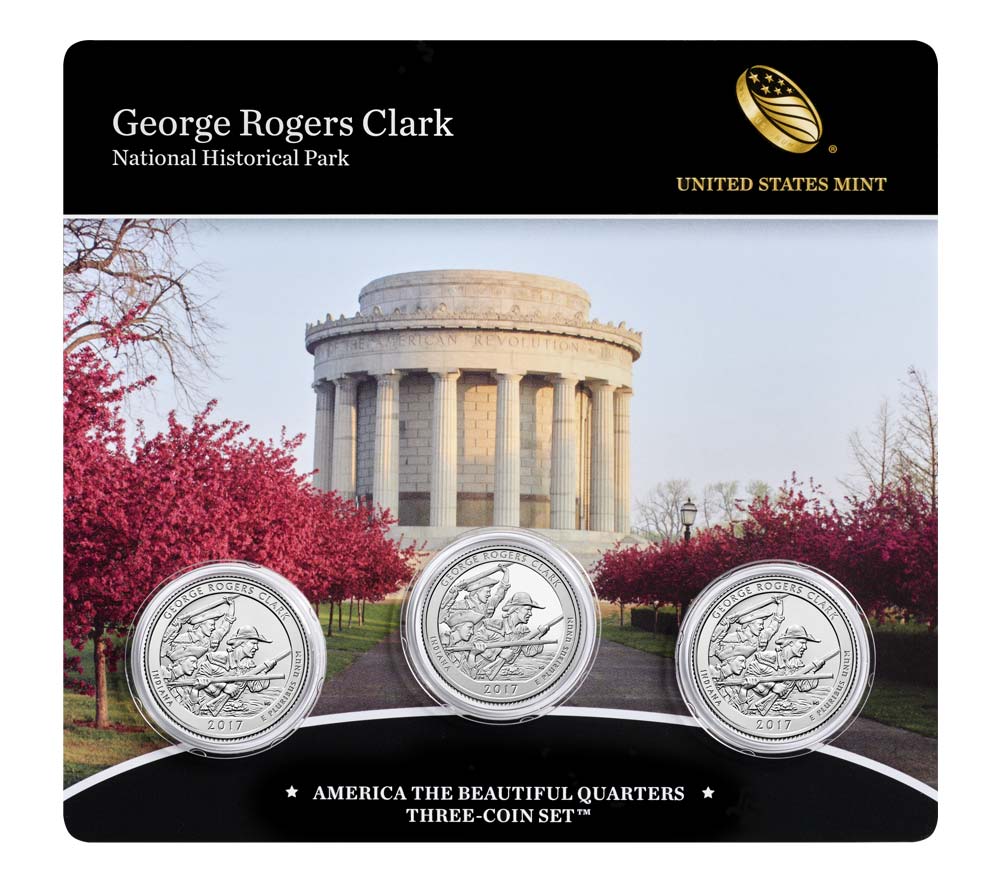 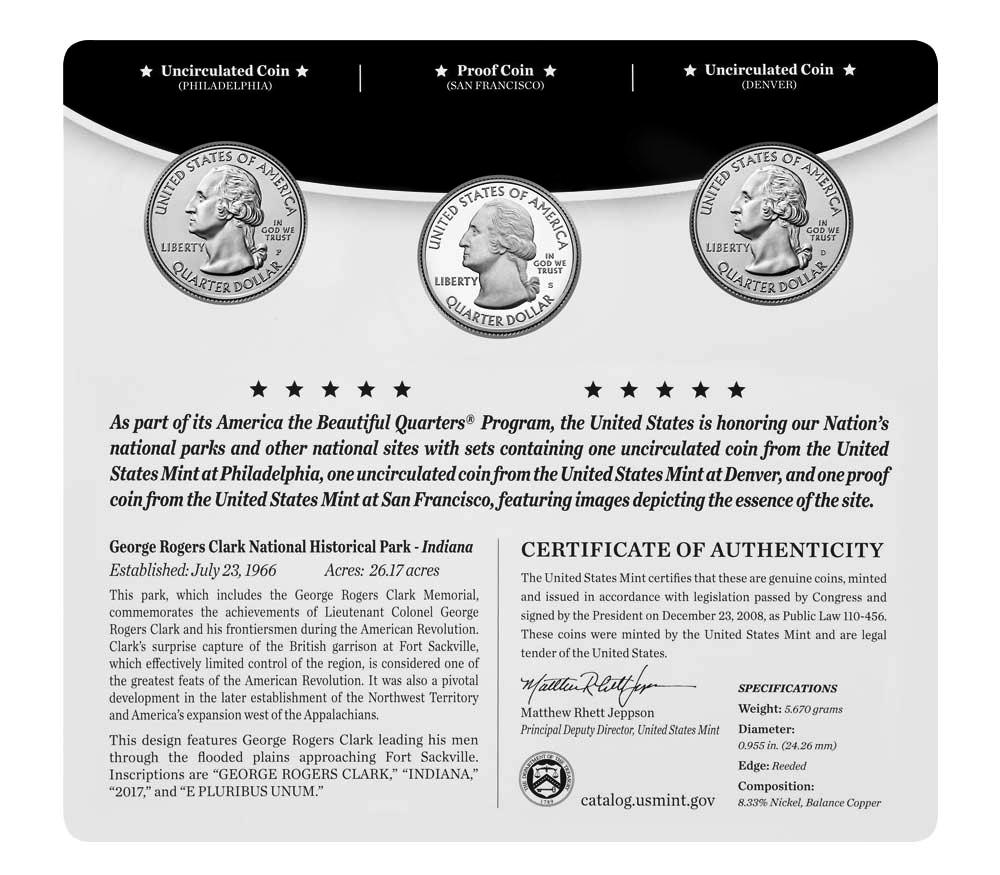 The coins are held in a durable plastic card with an image of George Rogers Clark National Historical Park. A certificate of authenticity is printed on the back of the card.

The 2017 America the Beautiful Quarters Three-Coin Set — George Rogers Clark National Historical Park is priced at $9.95. Orders will be accepted at the Mint’s online catalog and at 1-800-USA-MINT (872-6468). Hearing- and speech-impaired customers with TTY equipment may order at 1-888-321-MINT. Information about shipping options is available at the Mint’s website.

The America the Beautiful Quarters Three-Coin Sets can also be purchased through the Mint’s Product Enrollment Program. For more information about this program, please visit the Mint’s product enrollment page.