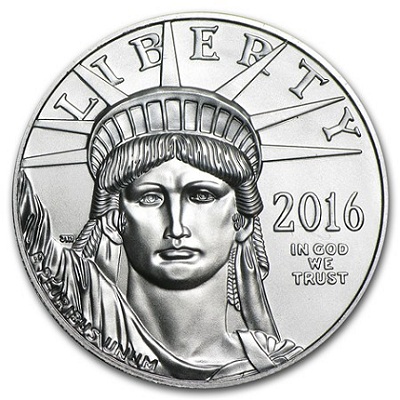 The U.S. Mint began selling 2016 American Eagle one-ounce platinum bullion coins to its authorized purchasers (AP’s) yesterday, and demand for the new issues has been unusually strong. As noted on Mint News Blog, first-day sales of the coins reached 17,100 units, constituting a highly successful debut that immediately gave the 2016 Platinum Eagle bullion coins the fifth-highest mintage ever for this series.

Now the Mint is reporting that they’ve sold another 1,300 Platinum Eagles today, bringing the total to 18,400 pieces. This number still trails the fourth-highest annual total of 21,800 coins recorded in 2008, but in that year sales accumulated slowly over a period of 10 months. If the Mint plans to make many more of these coins available, 2016 will easily surpass the 2008 total. 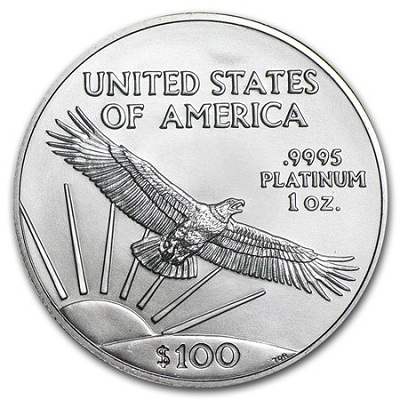 The robust sales are particularly interesting in light of the scarcity of U.S. Mint-issued platinum bullion coins in recent years. Bullion APE’s were introduced in 1997 and issued yearly through 2008, after which a five-year hiatus took effect until 2014. That year looked to be a return to relative normalcy for the program, but in 2015 the Mint reported difficulties in procuring quantities of platinum planchets adequate for producing these issues in the necessary volume. The Mint did manage to put out a Proof version of the Platinum Eagle last year, but its final mintage was the lowest ever at 3,881 coins produced.

Now it’s clear that 2016 will be remembered as a strong year for U.S. Mint platinum coin production. This year’s one-ounce platinum Proof issue was given a mintage limit 150% larger than its predecessor, and it sold the whole of its near-10,000 coin inventory in less than an hour. That coin’s sales total currently stands at 9,452 units, which brings the overall total for 2016 Platinum Eagles to 27,852 pieces at the time of this writing. Not bad considering the metal is currently assessed at nearly $1,100 an ounce.