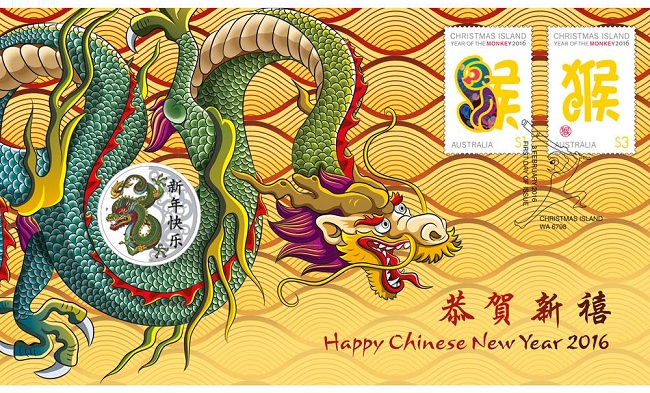 The Perth Mint is now selling its 2016 Chinese New Year Stamp and Coin Cover, which includes an aluminum bronze dollar, two official Year of the Monkey Australian postage stamps, and an illustrated presentation envelope. This issue is available for $18.14 AUD ($12.89 USD) and does not have a stated mintage limit. 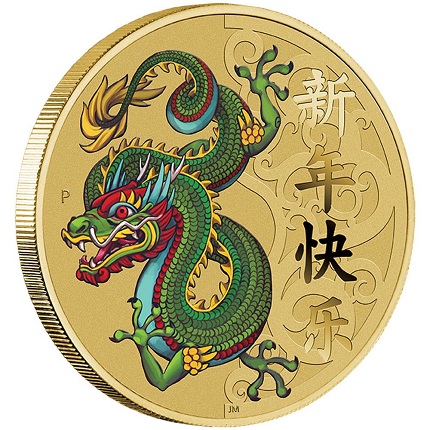 The reverse of the coin features an illustration of a dragon beside the Chinese characters for “Happy New Year.” The Perth Mint’s “P” mint mark is also included to the left of the image, near the rim. 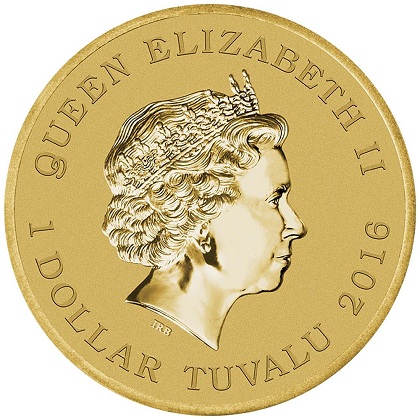 The coin’s obverse features Ian Rank-Broadley’s portrait of Queen Elizabeth II, with the inscriptions QUEEN ELIZABETH II, 1 DOLLAR, TUVALU, and 2016 included along the rim. The coin carries an Uncirculated finish and measures 30.60 mm in diameter.

The $1 and $3 stamps each bear a depiction of a monkey accompanied by the Chinese character for “Monkey”; they have been postmarked on the first day of issue. The presentation envelop showcases both the obverse and reverse of the coin and includes Australia Post’s Seal of Authenticity, with an official number.