In the presence of HRH Princess Anne, the Prime Minister David Cameron, the 2012 London Organising Committee of the Olympic Games (LOCOG) Chairman Seb Coe, the Mayor of London Boris Johnson, and other distinguished guests, the President of the International Olympic Committee (IOC) Jacques Rogge formally invited athletes of the world to the Games next summer. He also unveiled the Olympic medals to an enthusiastic crowd of Olympic supporters and well-wishers. 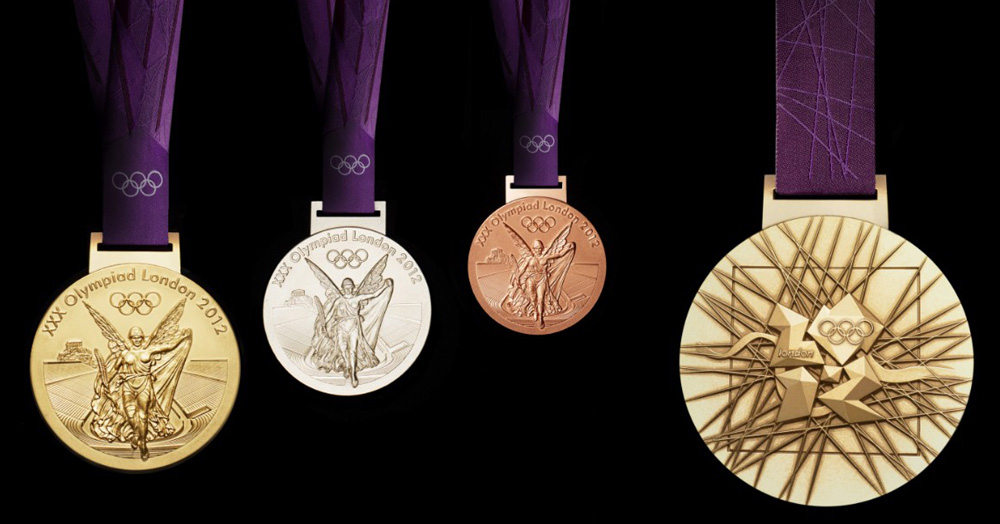 The design of the medals is the work of British artist David Watkins who is an established artist in the field of decorative art. The medals themselves will be struck at the Royal Mint. A spokesman for the Royal mint commented, “We are delighted to be supplying, manufacturing, and delivering all 4,700 victory medals for the London 2012 Olympic and Paralympic Games.”

The Olympic medal designs have now been finalised by the LOCOG allowing production to commence at the Royal Mint headquarters in Llantrisant, South Wales.  To ensure the deadline for delivery is met (June 2012), a secure and bespoke medal manufacturing area has been created on the Welsh site, with the medal order to be completed by only 15 Royal Mint employees.

The medals, with a larger than normal size, will be produced in gold plate, sterling silver, and bronze with a weight of between 375 and 400 grams, (depending on the alloy) and have a diameter of 85 mm. with a thickness of 7 mm. 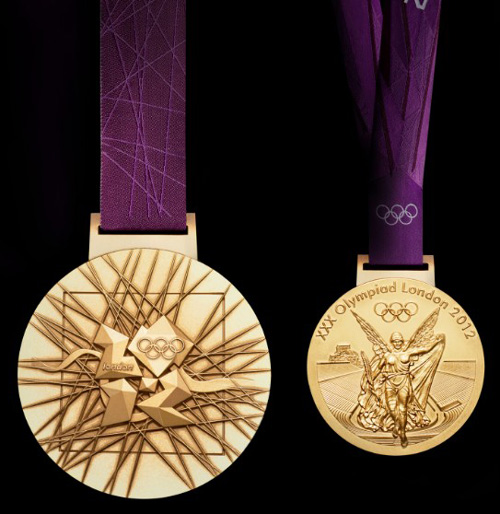 The silver medal is made up of 92.5% silver, with the remainder copper.

The Olympic medals are designed especially for each individual Olympic Games by the host city’s organizing committee. It was not until the 1904 Olympics in St. Louis that the Games introduced the gold medal as the prize for first place.

Artists were invited to tender by the London Organising Committee of the Olympic and Paralympic Games (LOCOG), and were chosen by arts bodies from across the UK and a panel made up of experienced creative leaders in their field and sports representatives.

The LOCOG Victory Ceremonies team worked closely with the British Museum’s Keeper of Coins and Medals, Philip Attwood, to look at the symbolic history of medals in Europe in the last century. It was in Europe that the first medals were made in the fifteenth century with text and images being carefully integrated on both sides. The LOCOG Athletes’ Committee, chaired by Jonathan Edwards, were heavily involved in the research development of the medal brief and consulted throughout the selection process.

The panel felt that David Watkins’ design for the London 2012 Olympic medals held a narrative that befitted the athletes achievements with its jewel like depiction of the logo clearly defining the arrival of sport and the Games in London.

David commented, “It is exciting to think that the finest athletes in the world will be wearing my medal design next summer. Its key symbols juxtapose, front and back, the goddess Nike for the spirit and tradition of the Games, and the River Thames for the city of London. I hope the medal will be enjoyed and treasured as a record of great personal achievements in 2012.”

A total of 15,000 athletes from over 200 countries will compete in the Olympic and Parlaympic Games next summer, and preparations are on track to ensure London 2012 is one of the most spectacular Games ever.