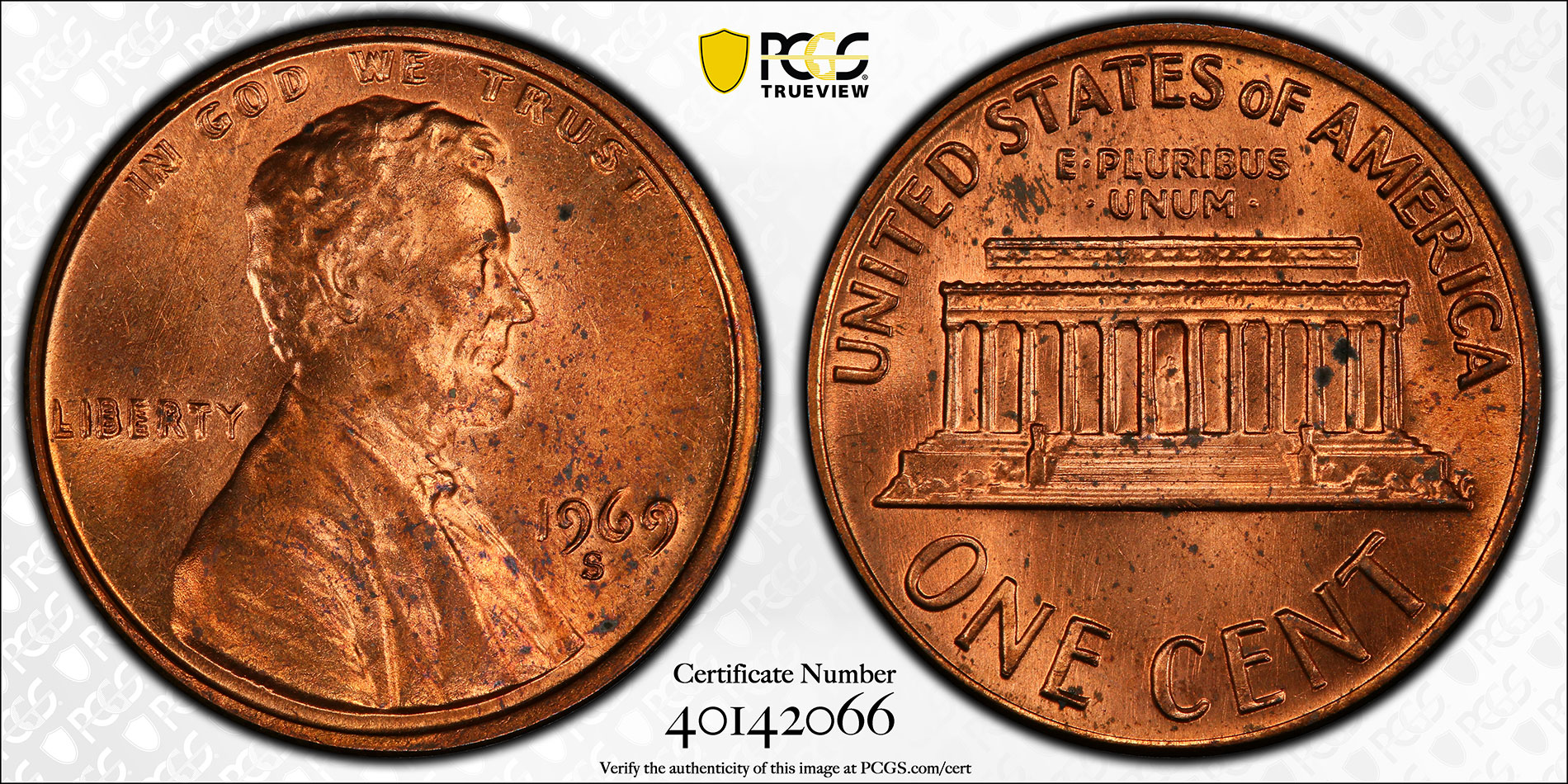 Over the past 50 years, an individual from San Francisco accumulated thousands of Lincoln cents from change, friends, and by searching rolls. He never found anything of note, and finally the day came to sell the collection. He obtained several quotes from local coin shops and ended up selling the whole collection for a few hundred dollars, equaling about five cents per coin.

Several days passed, and the coin dealer finally went through every coin, many of which were housed in paper envelopes. To his surprise, an Uncirculated 1969-S Lincoln cent turned out to be the very scarce doubled die variety, of which less than 100 coins are known in all grades.

The dealer instantly called the collector who sold him the collection and arranged to return the coin to him. Although he never told the collector the estimated value, he made him aware that the coin was very valuable and certainly should not be sold before it could be professionally graded and authenticated.

GreatCollections received the coin raw in the same paper envelope it had been housed in for decades and, amazed by the freshness and quality, confirmed it was genuine.

Although there are many reproductions and even genuine coins with inconsequential machine doubling, we knew instantly the coin was the major doubled die and genuine, and arranged for the coin to be graded by PCGS. The elderly owner of the coin really hit the jackpot that after selling the coin for five cents, the honest dealer returned it to him without question. While the dealer is wishing to remain anonymous at this point in time, I hope one day to be able to disclose his name, since he deserves praise for how he handled the transaction.

PCGS graded the coin within a few days, assigning the grade of PCGS MS-63+RD and ranking it as the fourth finest graded of the variety.

A doubled die variety of a coin refers to a duplication of design elements on the working die used to mint coins. If the striking of the die (a hub) was slightly misaligned, the end result is the impression of two imprints on the final coin. The most prominent doubled dies can be seen with the naked eye, such as this 1969-S variety.

The encapsulated coin is being featured in the December 13 auction by GreatCollections and is being sold without reserve. It is expected to realize in excess of $40,000 when the bidding has finished.

GreatCollections is an auction house for graded coins and banknotes, as well as coins approved by CAC, handling coin/banknote transactions from start to finish. For sellers, GreatCollections offers professional imaging for each coin/note, cash advances as appropriate, extensive marketing, and other individualized services generally not available with other auction houses and websites, freeing the seller to do nothing except collect the proceeds of the sale. Buyers benefit by entrusting a venue whose principals have years of numismatic experience and whose reputations in the industry are impeccable. Ian Russell, owner/president of GreatCollections, is a member of the prestigious PNG (#785) and Life Member of the American Numismatic Association, while the company is an authorized submitter to PCGS, CAC, and member of the National Auctioneers Association. Calif. Auctioneer Bond #106582267.